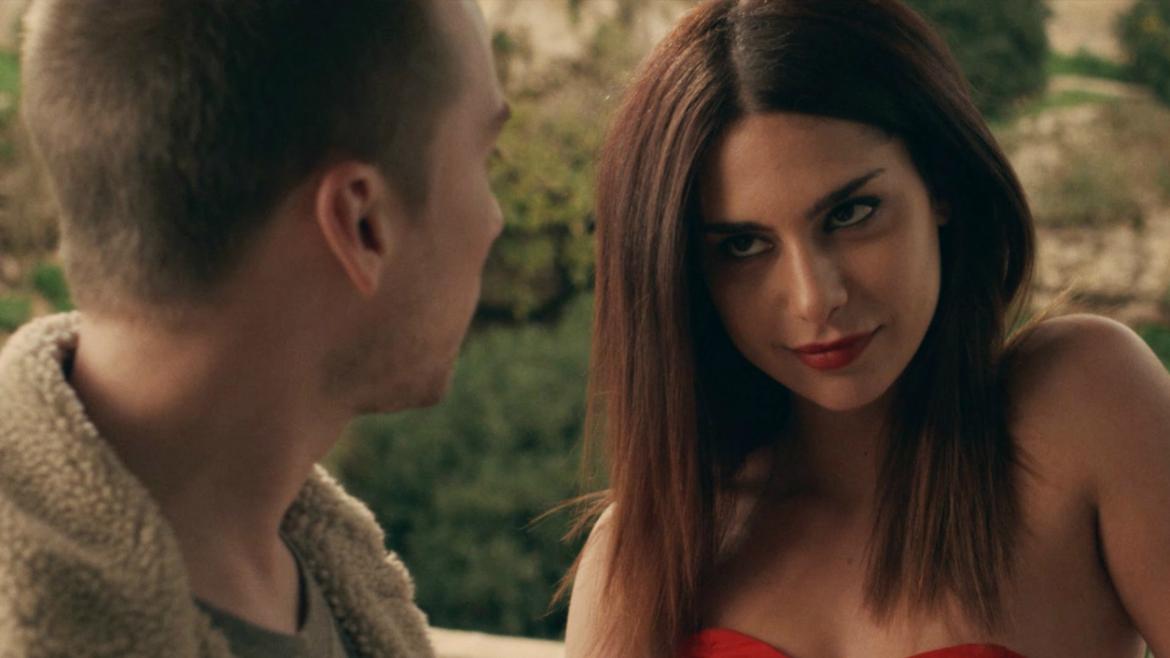 The horror genre is quickly becoming a space where the most interesting films tend to come from a small, indie background, as opposed to being big blockbusters. The problem, of course, with this model is that until the market catches up, many fascinating movies that come out face the threat of going largely unnoticed. After their film debut back in 2012 with Resolution, Justin Benson and Aaron Moorhead caught the attention of both critics and fans alike. The pair are back with another heady genre-bender. Their new film, Spring, has won awards for acting and directing at several film festivals, as well as garnering attention at the likes of the Toronto International Film Festival and Fantastic Fest. The reviewer for RogerEbert.com called it, “A hybrid of Richard Linklater and H.P. Lovecraft.”

After his mother dies of cancer, leaving him an orphan, twenty something Evan feels like he has lost the last semblance of connection he was so desperately clinging to. When a bar fight after her funeral goes a bit too far, the cops come knocking and Evan takes off, hoping for a new start. His desperation is palpable in the shuttle on the way to the airport, trying to book the soonest flight to anywhere; not particularly interested where he’s going. “White people love Italy”, the operator on the other end tells him, and he’s off. He puts down some preliminary roots in a small oceanside village, working for an elderly farmer in exchange for room and board. It’s in this small town that he meets Louise, a beautiful Italian student living in the town doing genetic research. Despite her initial disinterest, Evan is persistent and soon begins to fall for her. Much like classic tales of first love, the two get swept up in one another quickly, spending more and more time together over the course of just a few days, but Louise is different than she appears.

The more time Evan and Louise spend together, the more it becomes apparent to the viewer that there is something going on. Louise often slips away, morphing and changing into varying forms, and doing odd things, like killing stray cats. In order to avoid as many spoilers as possible, I am going to keep my descriptions of and discussion about Louise’s secret to a minimum. The movie does a marvelous job of keeping the audience completely confused, while showing them so much. Each time the viewer starts to formulate a theory about who or what Louise is, we see something else that dashes that theory to pieces. One of the advantages to handling Louise’s story in this way is the film doesn’t need to spend a lot of time talking about what she is. The directors seem less interested in the direct mythology behind Louise, and more interested in using that story as a metaphor for the strange and magical experiences of first love. Much of the film plays like an indie love story; one of two young wanderlusts grappling with the ramifications of experiencing love and the sometimes terrifying feeling of being so wrapped up in another person. The fact that her "condition" isn't necessarily the focus of the film does not mean, however, that the filmmakers spared any expense on visual effects. When the viewer is given the chance to catch glimpses of Louise in various states, the visuals are both horrifiyng and slightly beautiful, and always realistic looking.

The stylistic cinematography of this movie is completely entrancing. From the bevy of well-employed jump cuts, used to great effect to create tension or laughter by sharply contrasting two scenes, to the transition scenes that vascilate between macro close ups of insects to sweeping aerial shots of the Italian coasts, which create the sense of both a grandness and something ancient and natural. Likewise, there are a series of long takes where the camera moves with Evan and Louise, swirling around their heads and following them through cobbled alleys. This creates a very fluid and soft effect that allows the audience to invest every bit of their attention into what is happening in the scene. It is evident that Moorhead, who served as director of photography had a clear vision which only added to the film.

If you are one of the many genre fans that has learned to enjoy the smaller, indie releases and looks forward to their unique point of view, Spring is not to be missed.