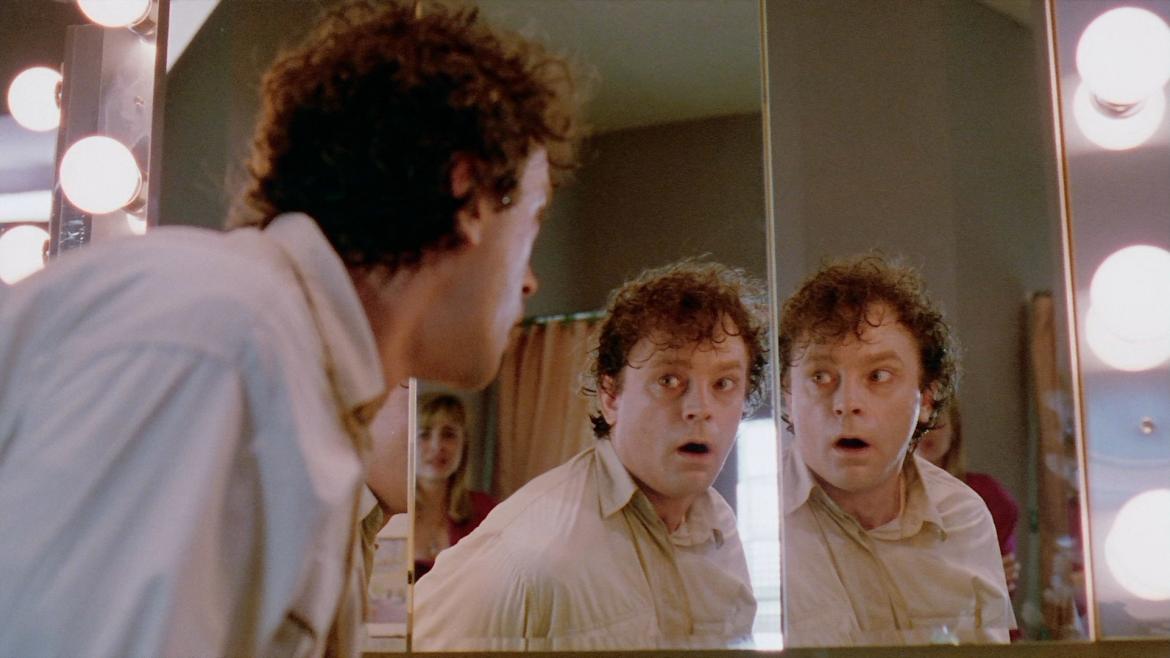 When Spontaneous Combustion came out in 1990 it was the capper on Tobe Hooper’s remarkable two decade run of good to outright classic horror and sci-fi movies. In a field that includes cult favorites, vintage slashers, an early Stephen King adaptation and some of the most famous horror movies ever made, this weird little movie about Brad Dourif causing people to burst into flames tends to get overlooked.  Sure, the fire effects look supremely phony today (and probably didn’t look much better 30 years ago), some of the sets are as flimsy as an Ed Wood tombstone and the story can’t help but bring to mind superior films like Scanners or The Fury, but the charms of Spontaneous Combustion come not in the details, but in the tone, such as Brad Dourif’s simmering performance or the 80s retread of 50s nuclear paranoia, complete with federally-funded mad scientists and talk radio conspiracy theories.

Dourif plays a put-upon schlub who starts noticing how people in his life keep bursting into flames before gradually learning that his entire life has been orchestrated by the architects of a nuclear test experiment his parents participated in.  As his anger and frustration grows his pyrokinesis is barely contained and proves to be as destructive to his body as it is to those who get in his way.  Before long he has become America’s Nuclear Man with flames wooshing out of a cut in his arm and aggravated phone calls ending with phone receivers becoming flamethrowers.  It’s a weirdly prescient and altogether more successful version of the idea behind the failed 2015 Fantastic Four reboot that played superpowers as body horror.

The 80s of Spontaneous Combustion is haunted by the 50s not just in the resurgence of nuclear paranoia and conspiracy, but in little touches like Dourif’s girlfriend’s apartment in which seemingly every appliance is made of clear plastic and neon or in the recurring use of the Ink Spots’ “I Didn’t Want to Set the World on Fire”.  Watched today, as 80s nostalgia, distrust of government and nuclear anxiety are all having a renaissance, Spontaneous Combustion can be a  reminder that the past, present and future can often be more similar than we expect.