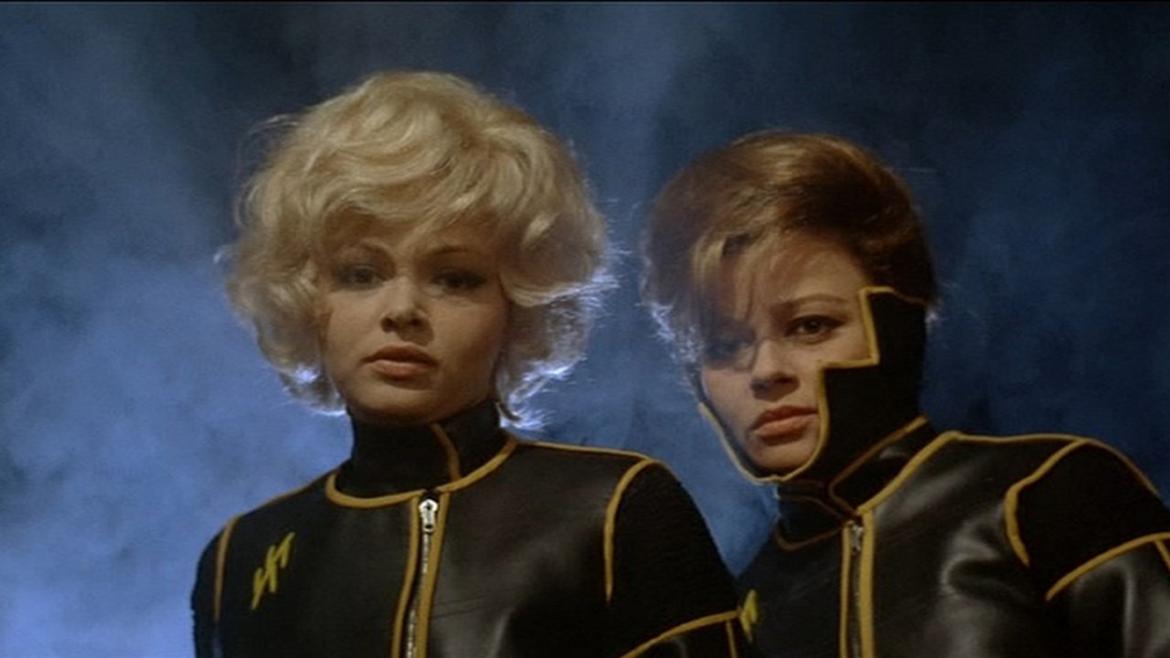 Planet of the Vampires (Movie Review)

The history of horror cinema is jarring and discontinuous, the silliness of studio-housed B-movies and bloodless mysteries giving way in barely a matter of years to exploitation, gritty slashers, and accomplished sci-fi thrillers. Planet of the Vampires is a great case study for genres in transition: while some of its scenes are as cheesy as a bad children’s TV show, others are surprisingly grim and gorgeous, and clear precursors to future masterpieces like Alien and The Thing.

Planet of the Vampires is not a movie about vampires, really. The title is a sensational, loose translation of Terrore nello spazio, or “Terror In Space”, and the forces that stalk and kill the film’s main characters are nebulously threatening entities that could just have easily been classified as ghosts, zombies or simply aliens. The story concerns a space expedition that crash lands on an unexplored planet while investigating a mysterious radio signal: soon after crashing the dead crew members return to life with an inexplicable compulsion to destroy the ship’s technology and assault their former mates. The survivors face struggles of their own, including memory loss and violent urges, and they eventually manage to set out on a mission to explore their surroundings and locate the source of the mysterious signal.

There is no singular “a-ha” moment that pivots Planet of the Vampires from mediocrity into something special, and part of the pleasure in watching it is identifying your own path of conversion. After an overlong opening sequence on a cheap observation deck, featuring embarrassingly mylar and felt looking costumes, and a crash landing scene that is nothing more than several shots of actors writhing poutily on the ground due to the effects of ‘excessive g-force,’ the movie slowly unfolds into an original piece of horror that is always uneven, but also occasionally memorable and beautiful.

Some viewers will notice quickly that the campiness comes, ironically, from the crisp cinematography, which picks up an expansive palette of colors but does the tacky sets no favors. It’s easier to appreciate once the crew is out experiencing the terror planet. The actors may be hobbling over piles of foam on a soundstage, but the backdrops are so richly painted they’re distracting, which is usually a good thing. By the time a subset of the cast is crawling through a long-abandoned craft once piloted by giants, whose corridors resemble a hallucinatory Escher drawing, even the most begrudging skeptics will have to acknowledge the artistry on display.

The goofy story benefits from an effectively paranoid ending, when the ‘vampires’ reveal themselves to be a disembodied alien intelligence who possess any corporeal traveler, dead or alive, but the plot is always beside the point. Mario Bava’s sets are among the weirdest and coolest ever produced, and critics have spent years dissecting his influence on Scott, Jodorowsky, Argento and Carpenter (in addition to science fiction, Bava pioneered the slasher genre). Planet of the Vampires is corny and pulpy, but it’s also a must-see for fans of classic cult cinema.