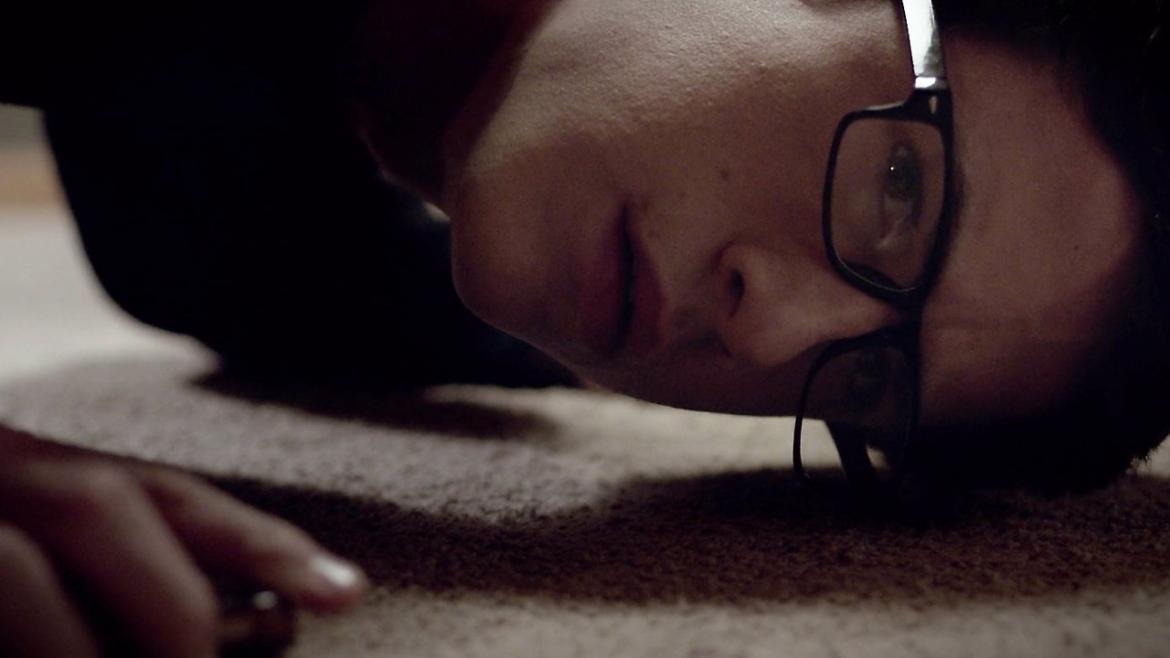 Stepping into Netflix's latest horror offering, an uneven thriller called The Open House, is like walking into an actual open house and discovering that it’s mostly the home of your dreams. Mostly. Maybe there’s a toilet in the middle of the kitchen or half of the rooms have their light switches installed on the ceiling. Whatever the gaffe, it leads one to wonder how could a house so otherwise competently constructed feature such blatant mistakes?

In The Open House, these issues manifest themselves as characters who persistently refuse to abide by common human logic. Most guilty of this are Logan (Dylan Minnette) and his mother Naomi (Piercey Dalton), who relocate temporarily to an isolated and still-for-sale mountain house in order to recover from a family trauma. Once there, they begin to encounter strange things around their residence and even stranger things in the nearest town. In the home, objects have a habit of moving themselves around. In town, the pair encounter a number of, shall we say, curious characters. Soon, Logan begins to wonder if perhaps one of these oddballs attended a weekly open house to check their place out and simply never left.

Writer/directors Matt Angel and Suzanne Coote do a wonderful job of drawing out the tension in this scenario. Their movie looks gorgeous and, while it is light on actual scares, contains a pulsing low-level tension throughout. Minnette and Dalton bring to life a pair of engaging characters, fleshing out the relationship between a mother and son attempting to put their lives back together following the sudden loss of their family’s patriarch. It’s easy to get swept up in the performances and the mystery and then it happens. You notice the toilet in the kitchen.

Logan and Naomi frequently respond to the unexplained events taking place around them with entirely unjustified shrugs. When Naomi gets tired of going back and forth with an unseen force that keeps turning off her home's hot water heater, she finally takes action - sending Logan to try his hand at turning it back on. Matching her carefree attitude, Logan leaves his cereal bowl in his bedroom and doesn’t bat an eye when he finds it in the living room moments later. At some point, it feels like a conversation about all of this should have taken place. Yet, it never does. By the time evidence of a break in is found, it comes as no surprise that, for some reason, calling the police is a total afterthought.

In many ways, The Open House is a well-built thriller with an eerily plausible, if paper thin, plot. But it’s impossible to overlook the kitchen toilet and those ceiling light switches. While the film’s third act seems destined to divide audiences, it’s the often-shoddy work that gets us there that should ultimately earn this one a soft pass.

The Prophecy: The Ascent