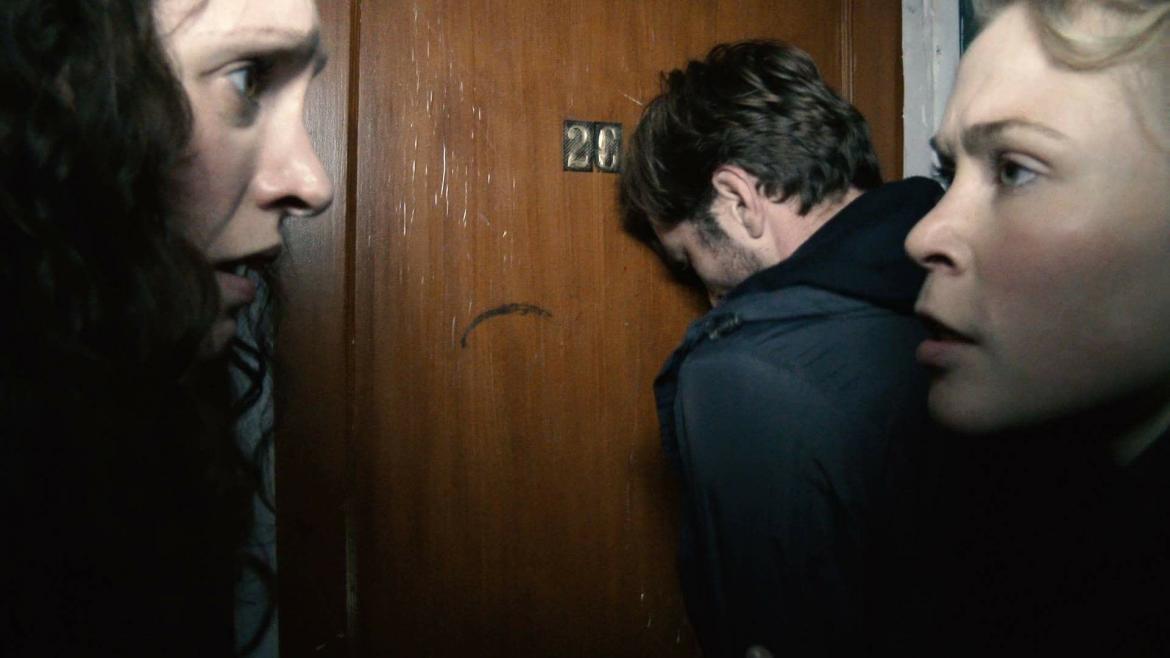 Ask any found footage fan about recent releases they’ve enjoyed and you’re likely to hear Hell House LLC referenced. The film, released with little fanfare directly to VOD platforms back in 2016, follows a group of five friends who run haunted attractions every year and decide to leave New York City to create a different kind of experience. As you might imagine, spookiness ensues. The film is framed like a documentary and features various talking heads speaking about the unexplained happenings on the opening night of Hell House. In his review for Bloody Good Horror, Colin said of Hell House LLC,

“...writer/director Stephen Cognetti clearly recognizes what draws people to these [haunted] attractons each year. As such, he’s able to deftly draw maximum tension out of setups like a dummy appearing in a place it shouldn’t be or a scared camera operator hiding under a sheet. The bare-bones simplicity of these scares perfectly captures the clenched, silly, giggly thrill haunts rouse in attendees.”

Cognetti returns as writer and director for the sequel, Hell House LLC II: The Abaddon Hotel, but unfortunately the finished product can’t live up to the heights of its predecessor.

Hell House II follows another documentary crew who are investigating the unexplainable events of the Hell House attraction, albeit one more degree removed. The movie starts with a local access show which boasts a panel of stakeholders debating whether or not something paranormal had in fact happened at the Abaddon Hotel. We cut to an intrepid investigative journalist who watches this segment, sees that one of the guests is the cameraman of the documentary crew from the first movie, and decides that she will solicit his help to try to get into the house herself. The remainder of the movie cuts between the footage from the local access show, the investigative journalists, and a television psychic who is also there.

This collection of characters leads to a movie made up of too many players and plot lines for the filmmakers to effectively wrangle. Hell House II also suffers by the very nature of these characters. The first movie largely centers around five friends who, for the most part, are relatable and likeable in spite of some of their tendencies. Unfortunately, this is not at all the case here. The characters in Hell House II feel both less realistic and much less pleasant to spend time with.

Cognetti also seems to have completely lost track of what made the original movie so successful. First and foremost, the film has what appears to be a similar production value of the original film, but it tries to spread it a lot thinner. As a result, the production feels much cheaper. Perhaps the most striking example of this is in the scares and the effects. This movie relies much more heavily on visuals of “ghosts” and is not always able to create makeup design that looks threatening. Several of the scenes that are meant to be scary come across as goofy, and nothing rises to the bone-chilling levels achieved with the simplicity of the original’s clown mannequin.

As a fan of Hell House LLC, it is really disappointing to see the story fall prey to the trap of its own success. What was a really cool stand-alone horror movie, became the first movie in an ill-begotten trilogy. The result is that viewers of the films meet the same fate as the documentarians and YouTubers who insist on going to the hotel after hearing about what has happened, each consecutive trip leading us further and further into hell.