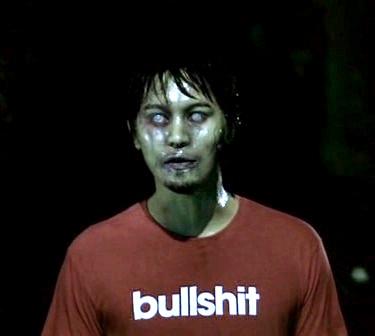 The anthology might just be the ideal delivery system for horror entertainment. While a great feature-length horror film is a beautiful thing indeed, it isn’t an easy thing to make. It requires some combination of elements like atmosphere, story, characters, and special effects. If a short nails any one of those elements, though, it stands a good chance of being successful. Shorts also have the advantage of being able to jump straight to the third act. Instead of following the Conventions of Storytelling 101 and sketching out backstories and motivations out of a sense of obligation, a short can just say “Here’s the main character, here’s a bad situation, enjoy.” Maybe the best part about horror anthologies is that if you don’t like one segment, there’s always another one just a few minutes away.

“Phobia” is Thailand’s latest attempt in its ongoing struggle to carve out its own little space in the Asian horror world. It consists of four stories running at about a half hour each that cover a variety of familiar styles and themes. With three ghost stories and one tale of revenge served up through black magic, this isn’t exactly fresh ground and there’s nothing particularly Thai about any of the segments, but Asian horror fans will find a few solid entries into the genre.

The first and strongest segment, “Happiness”, is worth the price of admission by itself. Completely dialogue-free, it follows a girl who is recuperating from a serious car accident alone and lonely in a dingy Bangkok apartment. She begins receiving text messages from a mysterious stranger who might not be of this world. Ghosts and cell phones are hardly new territory but the story is so masterfully made that the cliché is easy to forgive. Director Yongyoot Thongkongtoon is best known for directing “Iron Ladies”, a true story about a ladyboy volleyball team, but in his first foray into horror he shows a talent for tension and suspense. In the quiet, cramped setting of the story he makes the vibrating of a cell phone sound downright menacing and ends the story with a jump scare and a twist that were both quite effective.

Unfortunately, the best segment is followed by the weakest segment. The unfortunately named “Tit for Tat” follows a group of pot-smoking bullies as they face vengeance from a black magic spell courtesy of one of their victims. The spell involves pictures in a book which cause instant “Final Destination”-style death for anyone who looks at them. I’m a sucker for elaborately staged overly-coincidental death scenes but none of them are particularly imaginative and the CG quotient keeps creeping up until the end of the segment when the demons come out and the whole thing starts to look like a poorly rendered PS2 cut scene.

The final two segments are helmed by the directors of the best known Thai horror film, “Shutter”. Banjong Pisanthanakun is up first with “In the Middle”, an affable horror-comedy about four friends on a rafting trip through the jungles of northern Thailand. There is a lot of winking at the audience in the segment, particularly in the in-jokes spoiling the endings of a few famous movies including the director’s own film. This might be the first time a movie requires a spoiler warning for another movie, but if you haven’t seen “Shutter”, you might want to see it before you check out this short. One of the guys goes missing after a nasty spill on some rapids and when he returns in the middle of the night, the others can’t help but suspect that their friend might be a little deader than he acts.

Parkpoom Wongpoom, the co-director of “Shutter” as well as the excellent “Alone” , rounds out the film with “Last Fright”, the story of a flight attendant who must finds herself alone on a flight with the body of a foreign princess who died while in Thailand. While the setting of a haunted, empty airplane is unique, nothing else about the story is. It is unfortunate that the film made it so far without a single female ghost with long dark hair only to have the very cliché it openly mocked in the previous segment show up here. Maybe it’s a contractual thing. Regardless, the final segment not only falls flat but has a number of moments where characters behave so stupidly and illogically that it’s hard to enjoy even as a dumb ghost story. By the end, the most fun to be had is in wondering if the flight attendant will ever channel her inner Sam Jackson and tell the ghost on a plane how she really feels. Spoiler: she doesn’t.

What you’re getting with “Phobia” is one great segment, one good segment and two meh segments. That might not sound like a solid film, but it’s solid enough for a decent evening’s watch. Even the weaker stories have their moments and at 30 minutes a pop they never really have time to outwear their welcome. “Phobia” is worth checking out for “Happiness” alone, even though your mileage may vary with the other three segments. That’s part of the fun of anthologies, after all.