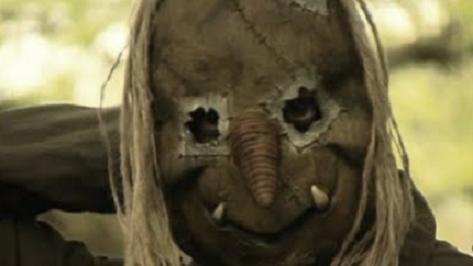 As a proud resident of the great state of Kentucky, I can't take two steps without stumbling over something that pertains to our hillbilly history, our redneck past. The extent of our Appalachian ignorance is, of course, widely exaggerated, though this generally doesn't stop people from referring to us as either backwards, inbred, poorly educated, or a wicked combination of the three. Naturally, the constant clichés and stereotypes do get a little old, but this sort of narrow-minded thinking comes with the territory. A person gets used to the mockery after a while, especially once you realize most of the individuals pointing the proverbial finger are generally less cultured and more empty-headed than the fine folks they love to ridicule.

Peter Stanley Ward's directorial debut "Small Town Folk," which could easily be described as a mentally deficient meditation on small town-big city relations, is yet another entry in the bloated "backwoods horror" subgenre. It operates using the same limp-wristed engine that drives such memorable cinematic fodder as "Just Before Dawn," "Wrong Turn," and Rob Zombie's "House of 1000 Corpses," albeit with a much smaller budget and the complete and total absence of anything resembling a plot. Not that the aforementioned movies were titans of story and character development, mind you, but at least they tried. That has to account for something, right? I didn't think so.

The astounding lack of originality hits you directly across the forehead as soon as the picture begins, and it continues to pummel your delicate senses for roughly 90 minutes. The setup is as follows: John and Susan, two wannabe adventurers trekking across a menacing stretch of land in the middle of absolutely nowhere, ignore Warwick Davis' advice and travel blindly into the small town of Grockleton. After spending a night inside a motel that nobody in their right mind would patronize, the lovably moronic couple discover that the locals are nothing more than sadistic, blood-thirsty hayseeds who are desperate to incorporate a nubile female into their twisted fold. In other words, they kidnap Susan and attempt to murder John, the latter of whom isn't too thrilled with about the idea.

Our hero, eager to retrieve his wife and return to more civilized surroundings, teams up with a kid in a bicycle helmet and proceeds to storm the proverbial castle. Along the way, he'll lock horns with a number of interesting characters, including a guy in a creepy mask, another guy in a creepy mask, a completely different guy in a creepy mask, and a particularly simple bloke wearing a pair of dingy goggles. I think there may be another chap in a mask buried somewhere in the mix, but I'm not entirely sure. After a while, they all start to look alike.

"Small Town Folk" is, on occasion, a sharp, well-written attempt at combining slapstick comedy with blood-soaked horror. However, your appreciation of the film's stronger moments will be greatly diminished by the overall lack of originality. You've seen everything in this movie somewhere else, and, more often than not, to greater effect. I'll be the first to admit that I laughed openly during the tusken raider homage, and chuckled at some of the intentionally predictable dialogue. Unfortunately, these are the only gags in rookie director Peter Stanley Ward's bag of tricks; all of the promising elements contained within are borrowed directly from other films, a trend I would love to personally burn at the stake.

Even if you can overlook the script's shortcomings, I doubt you can forgive the poor CGI littered throughout the movie. Aesthetically speaking, "Small Town Folk" resembles something produced by Sierra On-Line during the full motion video, point-and-click adventure game boom of the 90's. The liberal use of green screen or its microbudget equivalent is obvious from the get-go, and it becomes increasingly noticeable as the picture progresses. Even scenes that normally wouldn't warrant this sort of technique are saturated in bargain basement CGI. I’m not sure what Ward was aiming for, but he definitely missed the mark. It’s a shame, really, considering his actors do a smashing job with their respective roles.

As a horror flick that stomps blindly across familiar territory, “Small Town Folk” just isn’t that great. The film could have benefited from better direction, a little less computer-generated imagery, and a bit more substance. Don’t get me wrong -- it’s a hell of an effort, to be sure, and it proves that Peter Stanley Ward has the ability to turn a ten-page script into a feature-length motion picture. Sadly, the tools at his disposable make his debut look cheap, flat, and, at times, more than a little amateur. Hillbilly horror is quickly growing tiresome, due in part to Rob Zombie’s addiction to rednecks, inbreds, and all points in-between. For some, perpetuating stereotypes is a blast, and even I can appreciate this sort of mindless entertainment if it strives to do something different. “Small Town Folk” is just another retread. Any hick worth his weight in moonshine will tell you the same.