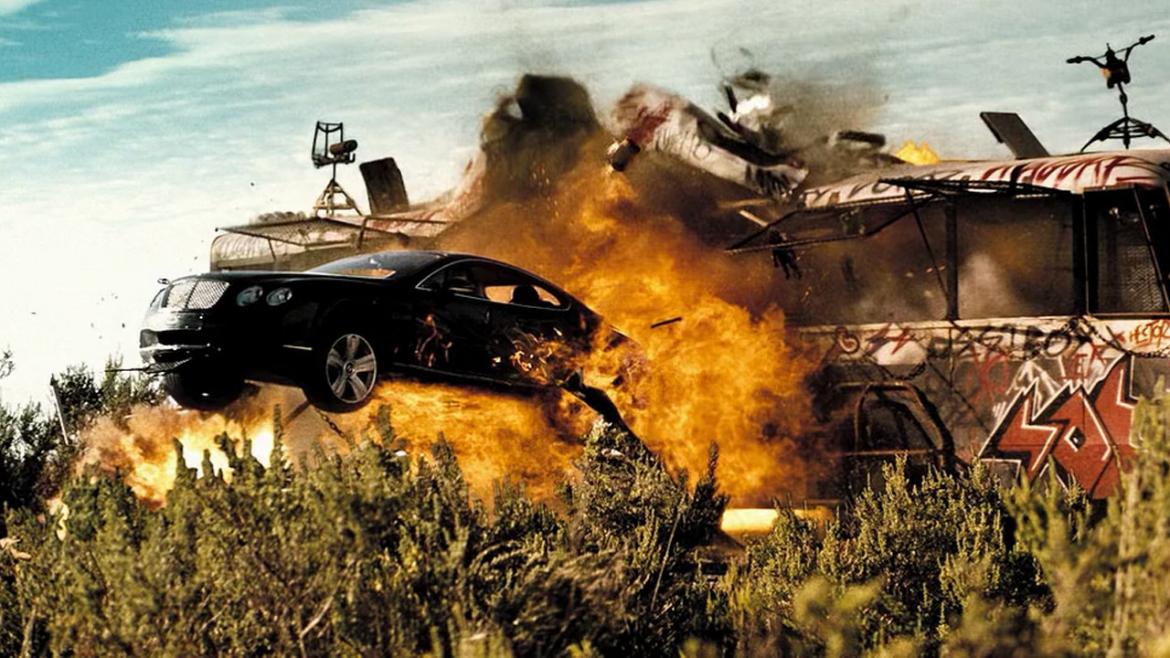 Doomsday, director Neil Marshall's long-awaited follow-up to The Descent, may not have received the rollout of your typical Hollywood blockbuster, but that doesn't mean it isn't the embodiment of all that those films aspire to be.

Indeed, as a movie wholly conceived and realized by a budding auteur, Doomsday is much more. With high concept action set-pieces, every conceivable type of combat, and a sly sense of humor, Doomsday easily ranks as one of the best sci-fi action films in recent memory.

Doomsday's set-up oozes grind house. When a destructive virus sweeps through the population of northern Great Britain a morally ambiguous government decides to cut its losses and quarantine the area, leaving millions to die and rot. Only 25 years later, when the virus appears anew, do these same bureaucratic thugs reveal that they've discovered survivors in the quarantined zone. It falls to a brash military strong-woman to lead a team into the unknown to bring back the cure that can save the rest of their society.

In lesser hands a film like Doomsday may have been destined for DTV purgatory, but Marshall handles the material with such finesse and attention as to make it succeed. It definitely didn't hurt that he had an all-star team of British talent on hand to help him pull it off.

Old-hands like Malcolm McDowell and Bob Hoskins are joined by excellent role players like Craig Conway and David O'Hara (who will have another chance to breakout in Wanted, one of this year's most anticipated action films).

Leading the way though is Rhona Mitra, a sultry brunette in the Kate Beckinsale mold. Here she plays the prototypical wounded hero; a woman whose comfort with violence hides a melancholy biography. It's a generic role played straight by Mitra, who fills her character with enough personality to make sure we're paying attention.

Marshall's film is far from flawless, with some holes large enough to drive an eight-wheeled tank through. But after it kicks off, the action remains so frenetic and the tension so high, that one barely has time enough to catch his breath let alone nit-pick details. Like the main character, Major Sinclair, many of Marshall's other roles seem pulled from the post-apocalyptic cookie cutter.

It's made clear however, that that was the point all along, and each player is deployed so lovingly and knowingly that it always feels right. Marshall has set such a frantic pace though that we rarely get much of any one of these character. A talent like McDowell, who may as well have been born in a post-apocalyptic nightmare, gets only a handful of scenes, along with some voice over work to ply his trade.

As strong as the film is, it's a shame that Rogue didn't push it harder. Of course, Doomsday doesn't fit easily into any of Hollywood's currently well-worn boxes. It's a throwback of a film that in many ways feels like Robert Rodriguez's Planet Terror without the tongue-in-cheek.

Marshall displays verve and a wit that eludes most directors. Now with three films under his belt as both writer and director, it will be very interesting to see the type of money that he is able to command. He left himself plenty of room for a follow-up to Doomsday, and this is one case where I feel quite comfortable saying that a sequel would be more than welcome.