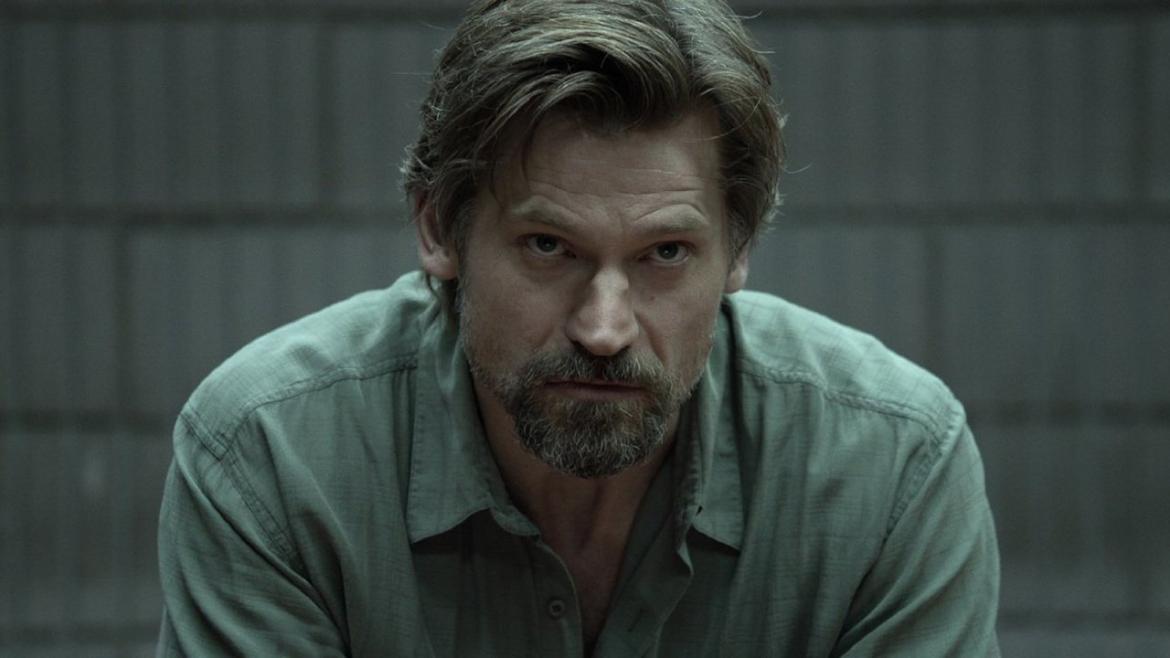 The nice thing about the reach of the genre is that it affords one to stretch the limits as to what is considered genre adjacent. Small Crimes, Evan Katz's second feature, combines his first film, Cheap Thrills, with the likes of Macon Blair's (who co-wrote with Katz from a novel of the same name by David Seltserman) I Don't Feel at Home in This World Anymore in terms of tone.

Like Cheap Thrills, Small Crimes is about a man, Joe Denton (Nikolaj Coster-Waldau), that finds himself beat down by life and its many complexities. Joe's problems are of his own making--a former cop prosecuted for his role in an incident that left a local DA horribly scarred. Barely fresh out of prison he finds his ties to some shady local criminals aren't as severed as he'd like and is forced to clean up the mess he left behind during his prison stint.

Small Crimes is--seemingly unnecessarily clarified--a crime movie. Unfolding almost like the second in a trilogy of ironically themed genre efforts--the first of course being Cheap Thrills. Katz's newest is not a continuation of his first, but it's certainly easy to picture them taking place in the same universe to an extent. The world feels firmly grounded in reality, but the characters feel larger than the world as a whole. Waldau's character Joe is comically nonchalant about his predicament throughout most of the film--a nuance to the performance in general. Then there's Gary Cole who is the film's info dump machine, constantly explaining Waldau's situation and the doling out what consequences might come if the situation is not rectified. Blair and Katz's collab makes for some solid writing that's carried skillfully by each member of the cast.

If there's any inherent problem here, it's that the film lacks the same raw energy of Cheap Thrills. Tonally the momentum rides steady throughout, but the throughline of the film feels less consequential as Pat Healy's character in Katz's first effort. This is by no fault of Waldau or the writing team and simply circumstantial. Joe Denton as a character has some swagger to his ho-hum attitude, but often just seems like a sadder modern day Jaimie Lannister--probably due to the fact that it's Waldau in the role. Yet the stakes Denton finds himself up against feel relatively low. Coming off as indifferent to just about everyone around him including his own life his motivations feel a little vanilla due to his demeanor.

Small Crimes is a solid follow-up to Cheap Thrills and a natural extension to Katz voice as a filmmaker. It's undoubtedly a slight comedown off the euphoria that was his first time out, but Katz's grasp on the middle to lower class malaise is nothing if not astute and engaging. Small Crimes continues Netflix's rise as an outlet for established and overlooked filmmakers to get out there and do what they do with a much wider and effective net.