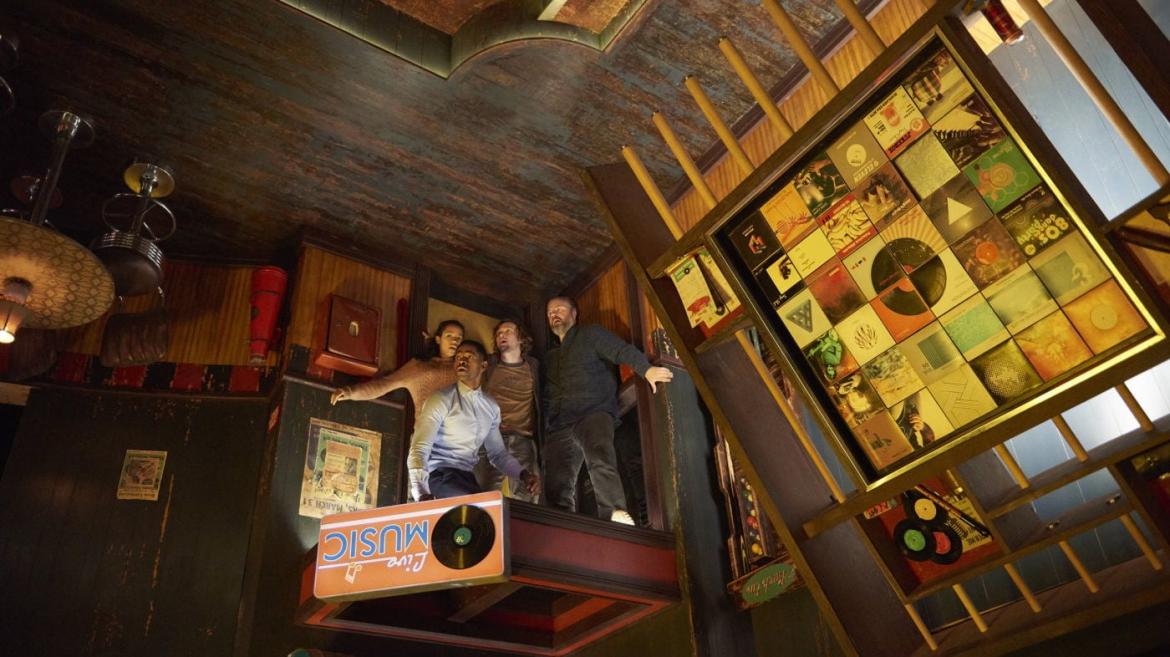 Ahh, the dumping grounds of January. Or at least that's what's typically expected from the first month of the year-the junk that will make a quick buck and ideally (for the executives anyway) be forgotten when it comes time for "worst of" lists. There are, of course, the exceptions to the rule. The question on everyone's mind...is Escape Room one of those exceptions?

All the signs are there for this to be the first clunker of the year and in many ways it wears its lesser aspects on its sleeve, owning them for better or worse. This tactic successfully subverts its rock bottom expectations, turning the film into something much more palatable than many may suspect. Escape Room is a jambalaya of various other franchises compiled into one of the most trendy group puzzle activities over the last few years. Six strangers are lured into the world's most immersive escape room experience by personalized invitations with the promise of a $10,000 prize if they are able to escape. The eclectic group of personalities quickly realize that this is no ordinary escape room as they are thrust into mortal danger behind each puzzle and they must use their collective wits to survive.

Escape Room may best be described as a descendent of the Saw franchise mixed with partial shades of The Belko Experiment. The intricate puzzles are designed less for cruel torture and punishment and more toward a test of wits for the amusement of someone, for some reason, which of course will not be spoiled here. The rooms as set-pieces, clever and fun as they are, can only lead the audience so far and where Adam Robitel and the writers falter is in the ability to create a satisfactory payoff. Escape Room is plagued by faux endings and once they start rolling the film quickly unravels. The penultimate ending does very little to stave off the bleeding.

The rooms are essentially the star of the film, none more so than the upside down billiard room with the floor falling (or ceiling as it were) falling away piece by piece. However, the cast is far more talented than we're typically treated to for a film of this nature. Logan Miller and Deborah Ann Woll being two of the standouts. Tyler Labine, a joy to see whenever he shows up, isn't given much to do aside from bad dad jokes...but Cheesy Dad Labine is better than no Labine. Naturally, the further into the puzzles we go the more we learn about the seemingly random collection of participants. What transpires assures that there will be a wealth of possibilities going forward pending box office persistence. Still, while some of the performances are cliched due to what's asked of the character archtypes, there are more than a few surprisingly great performances in here.

There's absolutely no doubt that Escape Room is bringing nothing new to the table. Yet its puzzles have more than enough moving parts to keep things wonderfully entertaining. Like it's standout set-piece the floor drops out at the climax forcing it to fall just short of being the unrivaled early contender for surprise of the year.