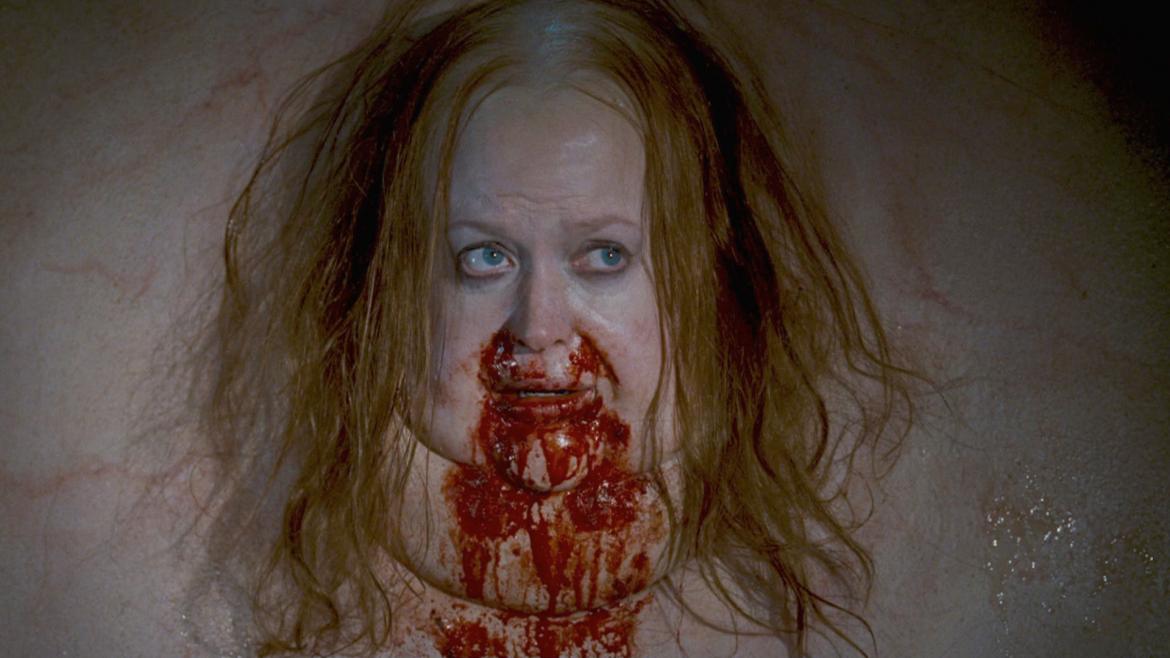 As a craggy asteroid rockets through space two bored police officers sit in their cruiser. One takes a nap. The other clocks the airspeed of a whippoorwill. Suddenly the asteroid is shown on a collision course with Earth. Our cops? Still bored, though one more annoyed with the other. The asteroid screams through the atmosphere, erupting in flame and splitting before impacting in the dirt a mile or two behind them. The smoking asteroid cracks open as we hear a squirmy chattering. Sound familiar? Of course. Well, aside from the fact that instead of springing to action the two promptly resume their routine. The reference game in film can be a perilous task. When overstated and shallowly thought out, reference has the capacity to make a film seem derivative and unimagined. What results is an homage parody that merely works as a touchstone for familiarity. But when deliberately and carefully thought out, a filmmaker can produce a picture that speaks to the lived and ever changing history of the cinema’s sensational memory.

When viewing and remembering a film we ask ourselves to not only recall the narrative but also how the film made us feel. Our sense memory of how we were affected by a film, who we saw it with, the physical and emotional spaces we inhabit, all these factors bear worth equal to a film’s actual narrative. This sense memory also changes with time and the solidification of generic rules and tendencies. Think, for example, if I were to describe the bare bones plot of a seminal film like the “Texas Chainsaw Massacre” without giving you the title or describing any of the details regarding how I responded to it. Given our current context, the film would sound utterly trite. James Gunn’s 2006 film “Slither” is an interesting example of how the generic reference point can enrich and strengthen the viewing experience. “Slither” depicts the invasion of a small rural community by a slug hive-mind parasite. After the initial crash landing, the parasite infects a prominent, wealthy town citizen named Grant Grant (Michael Rooker). This causes Grant to slowly break out into hives, stock pile meat in his basement, and grow penis like tentacles out of his chest. Grant’s wife Starla (Elizabeth Banks), a science teacher, notices her husband’s strange behavior and is nearly killed as Grant transforms into a squid like monster. The town sheriff Bill Pardy (Fillion) leads a posse to find Grant only to realize there are far more dangerous threats. It becomes apparent that Grant uses human bodies to breed thousands of slugs at a time that then begin to turn the town citizens into acid spitting zombies. As mentioned previously the act of referencing and remembering in the film viewing experience is a complex interplay between the filmmakers and audience that is contingent upon a number of factors.

The horror film genre in particular has a uniquely complex rendition of this relationship. Within its fan community, the horror genre experience includes conversations on novel moments, levels of realism, an appreciation for both the phony and authentic, and a persistent curiosity about a film’s production process. But “Horror” cinema as a genre (or mode depending on your mood today) is predicated upon the repetition of specific themes, stories, and methods of portraying these stories to an audience. Therefore, we see in horror a complicated balancing act which seeks to create those new, shocking sense memories within the strictures of a genre frame. Certainly we see how filmmakers are capable of reimagining a horror trope with a unique vision such as “Shaun of the Dead,” “Scream,” or “Martin.” And while “Slither” doesn’t quite reach the levels of sophistication of some other films, Gunn finds a way of crafting those sensory memories in a personal way that keeps the film fresh.

Indeed, “Slither” strikes that clever balance of feeling novel while unabashedly borrowing large narrative cues from other genre films and making blatant references to horror, sci-fi, and cult directors and film characters. There is a palpable sense of mood and tone that feels like an honest admission of how Gunn personally has experienced those films he is drawing from. The sexually suggestive imagery of transformation and infection is taken to a greater, more explicit extreme that perhaps is more about Gunn recalling his first exposure to the early work of Cronnenberg, Lynch, Gordon or Barker. It is to Gunn’s credit that he knows not to wink at the camera too often.

However, there are a couple overtly comic characters that are used as joke factories. In particular, the chintzy Mayor MacReady (Gregg Henry) interrupts the flow of more than one scene, tossing out in-jokes that don’t quite emerge from his character. This aside, Gunn treats his characters with just the right amount of irreverence and respect they need. In other films, Starla could easily slip into the role of victim/object. However, Gunn uses this convention to construct a character that is self-aware of her status and uses this knowledge as motivation. In an early scene in her classroom, Starla lectures on the processes of natural selection and the determination of a species as successful. It’s foreshadowing which is the furthest away from subtle you can get. However, during the lecture the camera cuts to one of her students drawing a naked doodle of her.

It’s a moment that at once admits what this character was in previous films but also makes her the source of knowledge that goes unheeded. Starla becomes an active agent in dispelling the horror and knows the value of her knowledge. “Slither” works due to the fact Gunn chooses to construct the film as a personal ode to the sense memory of other films rather than reinventing those narrative tropes he is borrowing. And while the film may not necessarily be the most creative in its reference strategies it nevertheless embodies a particular personality and tone more true than most other films. Did I mention it is hilarious and gross?