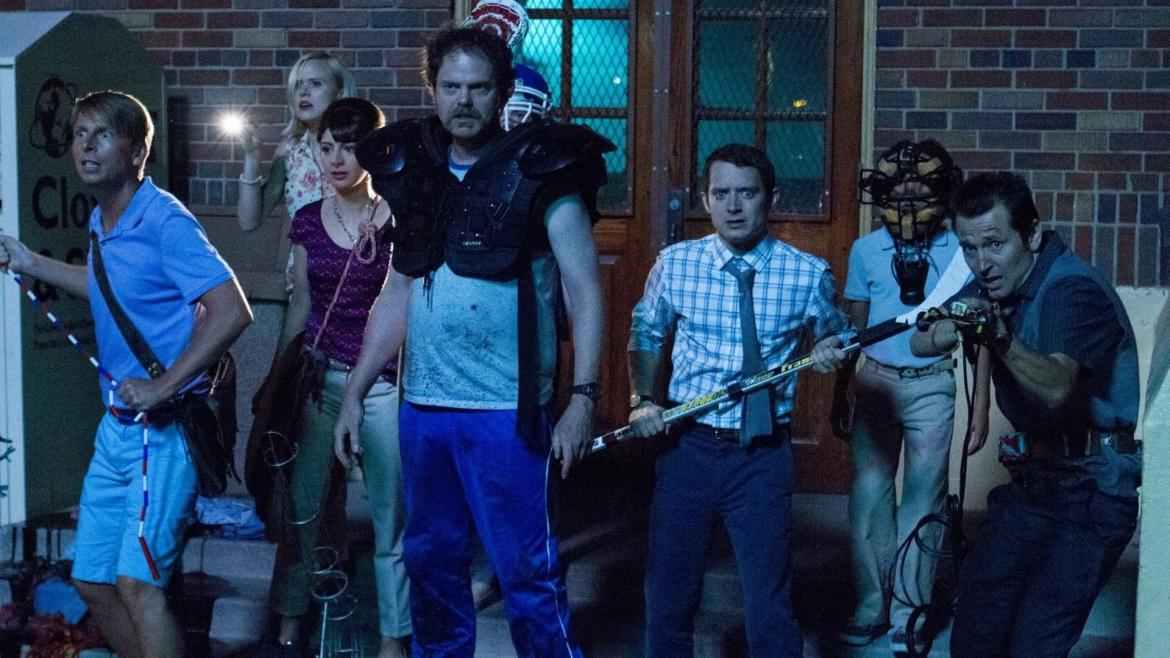 Cooties, the fictional disease that boys and girls believe the opposite gender will give them. It's one of many cute but juvenile childhood quirks which are seemingly harmless. It seems only fitting that the affliction receive genre attention in a similarly cute, juvenile, and seemingly harmless fashion in, Cooties.

Tainted chicken nuggets open the floodgates for a bizarre zombie outbreak in the small town of Fort Chicken. Clint (Elijah Wood) is a struggling writer who returns home to substitute teach in his home stomping ground only to find that he's in the wrong place at the wrong time. The kids of the school are quickly spreading a virus that's turning the foul-mouthed youngsters against their adult counterparts.

Saw veteran and accomplished genre writer Leigh Whannell is credited as having a hand in the script, which should be celebrated as it's easily one of the only good things Cooties has going for it. The film gets off to a running start with its smart, playful, yet vulgar comedy. The laughs power the film through what's essentially a wasteland of entertainment as we get near the middle and last acts. Rookie filmmakers Jonathan Milott and Cary Murnion show promise, but have a whole lot of room for improvement, as their debut is woefully light on compelling visuals or thrills. It's a shame too, because what grade school teacher hasn't morbidly hoped to be able to take out some aggression on mouthy kids.

There's a good deal of uncomfortable fun in seeing Rainn Wilson and company shout obscenities and inflict pain upon their pint sized assailants, but at a certain point it all becomes incredibly stale. After about the 30-40 minute mark it becomes pretty obvious that the filmmakers ran out of ideas of how to innovate on the premise and settled for your run-of-the-mill zombie comedy. Even the reworked ending makes one shudder to think of what was there to begin with, as the new ending is nothing we haven't seen in a thousand other zombie movies attempting to tease a potential franchise.

A tremendous ensemble cast working from a slew of well written jokes prove just enough to make Cooties fun enough for a late night viewing, provided alcohol is involved. Perhaps with an inflated budget, higher production value, and elevated makeup effects there is hope for a potential sequel, but as is, Cooties is a zombie comedy with an emphasis on stellar comedy that's almost ruined by the generic horror on display.