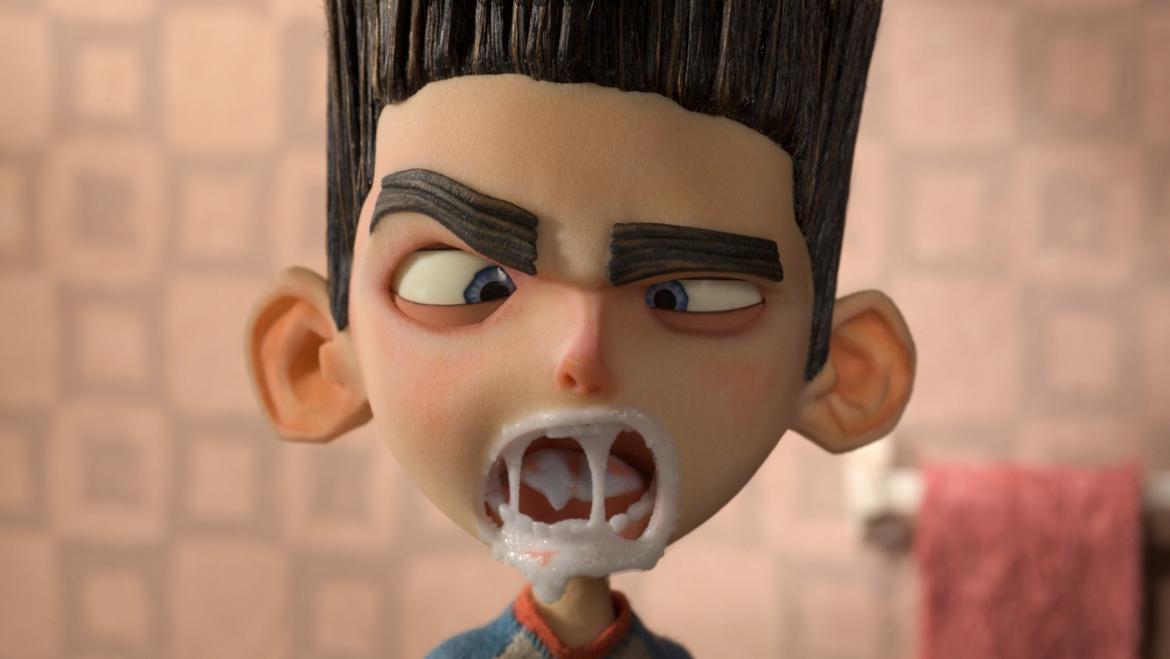 Animated horror is a rather niche, albeit strong, genre that has developed over the past two decades. Ever since Jack Skellington waxed poetically in front of a full moon Hollywood has been trying to replicate the magic in some form or another (Usually having something to do with Tim Burton as well). So it should come to no one's surprise that the creative team who brought us the recent addition "Coraline" has added to this legacy of quality in a relatively small sample size with "ParaNorman"

Norman Babcock (Kodi Smit-McPhee) lives in the average community of Blithe Hollow. He's a relatively normal boy except for one thing, he sees and can communicate with the dead. Unbeknownst to Norman though, he has an uncle that has similar powers. This uncle has also been charged with protecting the town against the wrath of a witch's curse. Norman takes up his uncle's duty but bungles the process causing the dead to rise from their graves, the town people to riot, and the revelations about the real witch of Blithe Hollow to come to light.

The animation in "ParaNorman" is fantastic. Stop motion can often be a difficult style when trying to tell a story based around semi-realistic people. Generally you think of fantastical scenarios like the "Wallace & Gromit" franchise, or even the previously mentioned "Coraline". Yet "ParaNorman" is able to vacillate between both the fantastically ridiculous elements and realism necessary to incite the strongest emotional responses required.

On its surface "ParaNorman" appears to be a slight story about battling an demonic witch. Once the film finally moves along to its actual message it's revealed to be a deeply effective parable about a topical subject: bullying. The larger themes resonate throughout the story in various narrative elements; regardless its effectiveness is carried to the climax. People have various differences and abilities, and this movie highlights how even the weird ones in our society can be good, decent, and contributing members to society.

The biggest weakness "ParaNorman" boasts also has to do with its third act twist. The movie moves along with such a relatively breezy and nonthreatening pace that certain revolutions cause legitimate shock and awe. This both enhances the plot going forward and detracts from the previous light-hearted elements. Even still the story continues without any breaks in action and finishes with a resounding climax that's sure to touch any parent, outsider or loner at their very core.