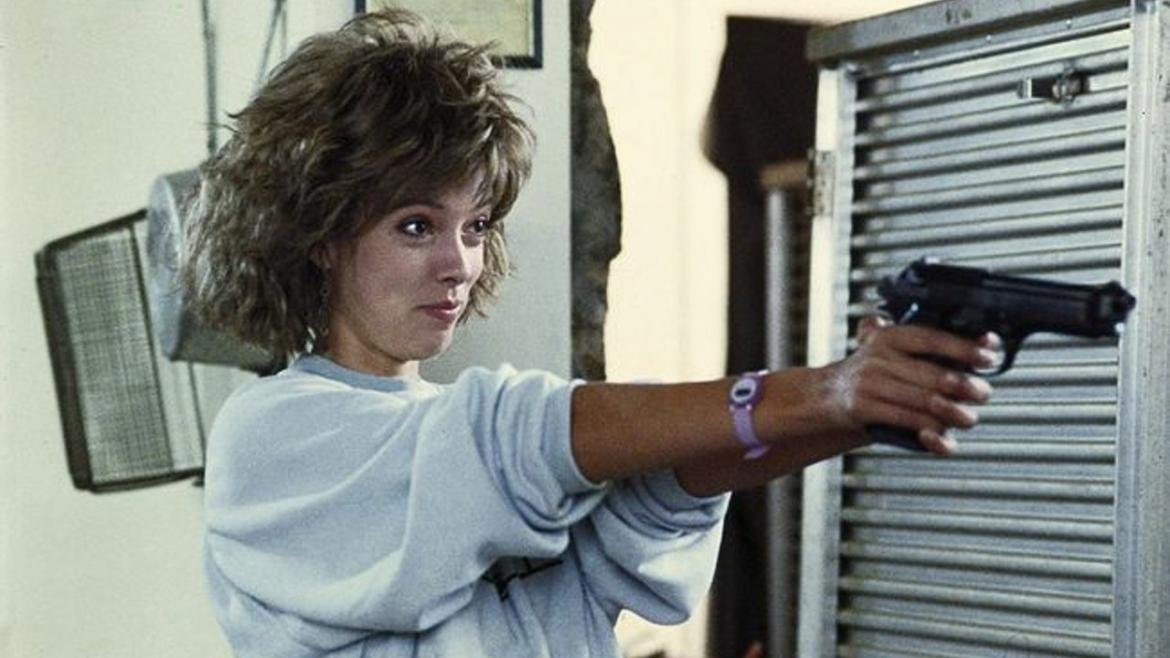 After two different small summer camps in the same remote woods became the site of massive bloodbaths, with campers, counselors, and staff slain, you would think that locals would give up - burn down the cabins, raze the mess hall - and lock their children in their rooms for the entirety of summer. But this little old camp site in upstate New York (?) is opening up with a new name for a third time. Less than a year after a massacre claimed nineteen people  at Camp Rolling Hills new owners have re-purposed the grounds for a grand experiment. Camp New Horizons will seek to bring together youth from the “higher” and “lower” class to interact with one another and learn some kind of broader societal lesson.

Naturally, Angela is there. Inexplicably trying to find a sense of belonging that she expects from a summer camp (which is wholly absurd considering her history) the Angel of Death is back at it again, trying to find the cast of perfect campers to make all of her camp fantasies come true. Following in the footsteps of the sequel that preceded it, Sleepaway Camp 3 features a charismatic and puritanical Angela. And, like the original film, in which the killer is unknown for the majority of the runtime and Angela comes across as the victim, here we know that Angela is the danger from the start.

Perhaps the most confounding thing about this movie, from a twenty first century perspective, is the fact that it chose the setting that it did. By deciding to have a camp that would bring together young people from different geographic, cultural, and socioeconomic backgrounds - a popular trend at the time - this movie laid the groundwork to create interesting dynamics between its campers. Instead, the movie deals in a lot of racist subtext that brims over into very overt text on more than one occasion in ways that feel unimaginable to modern day audiences.

Despite the fact that it features Pamela Springsteen returning in the role of grown up Angela, this Sleepaway Camp movie is unbelievably joyless in comparison to the first two installments. The kills are fairly generic and in the case of those that are original or visually interesting in any way, the camera always jumps away in a quick and stilted way that mutes any effect that they might have had. The entourage of campers around her are also exceptionally thinly drawn, making most of their deaths totally unsatisfying.

From the humble beginnings that brought us a cult classic, to the sequel that still makes horror fans compulsively quote, Sleepaway Camp III: Unhappy Campers is a pretty clear low point in the series.