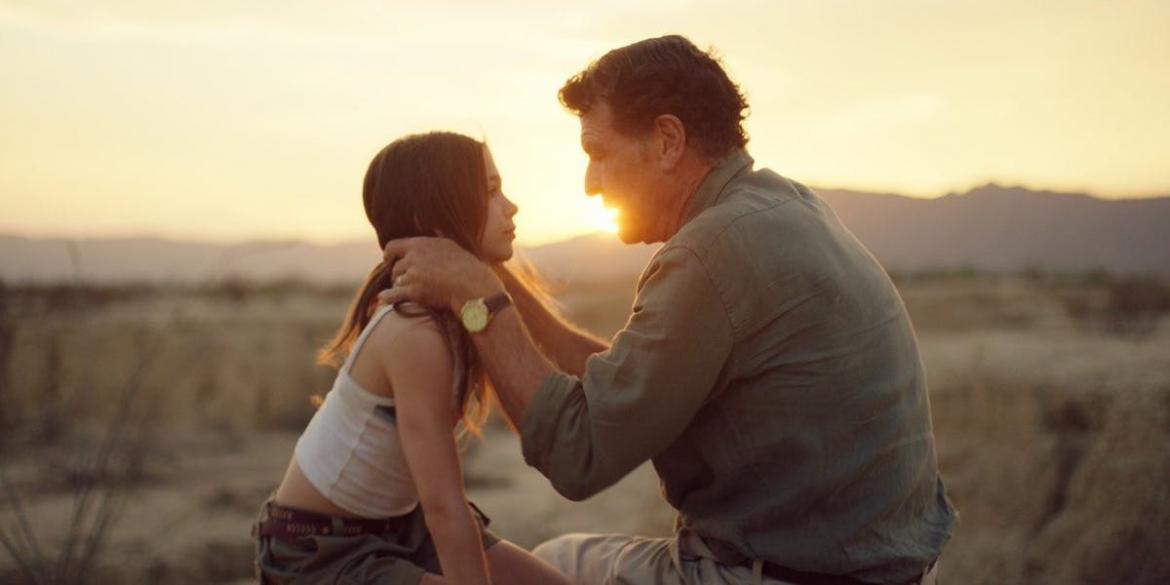 Film is an arrangement; an organization of ideas, possibilities and revelations. Each moment flows to the next, building and relying on the last to paint a picture that must make sense in a visceral sense if it is to be successful. It’s a journey. And if it’s a good one it makes sense emotionally. It may be a fantastical journey, farcical, psychedelic or even nonsensical voyage but the characters must be fleshed out if we want to follow their first step. Silencio is a film that forgets this.

The 2018 release written and directed by Lorena Villareal is somewhat about the "Zone of Silence" in Mexico, a mysterious location where a meteor crashed and there are magnetic disturbances that also supposedly connects to both the Bermuda Triangle and the pyramids. It’s really about a magic rock, family, and the meaning and desperation of loss. James (John Noble) is a scientist working in the spooky Zone of Silence when he discovers a rock with magical properties that allows you to go back in time to save one family member—but at what cost?

Well the film will sort of tells you as it twists its way to the future where James is now experiencing dementi. A group that wants the rock has come to terrorize his family including his granddaughter Ana (Melina Matthews), her patient /possible lover/psychic friend Daniel (Michel Chauvet), his great grandson that we are told how loved he is, and his one-time partner Peter (Rupert Graves). You see there are deadly consequences for taking and using this rock, someone else dies in place of the person you save. And that should create an interesting if not Pet Sematary-like level of stakes that could be captivating.

The problem is that Silencio values emotional beats over what actually makes them stick. Well drawn, understandable and relatable people. It’s a film that prioritizes pathos over character development, employing weepy Hallmark dialogue in place of nuanced and well-developed and disparate personalities. The film also contains weird interjections of oddball exposition sessions about a creepy location that has almost no bearing on the rest of the plot.

Silencio is a film that wants to tug at your heart strings. This is a welcome approach to genre filmmaking. However, the film fails to create a fleshed-out world with relatale characters, resulting in an arrangement of single, tedious focus.