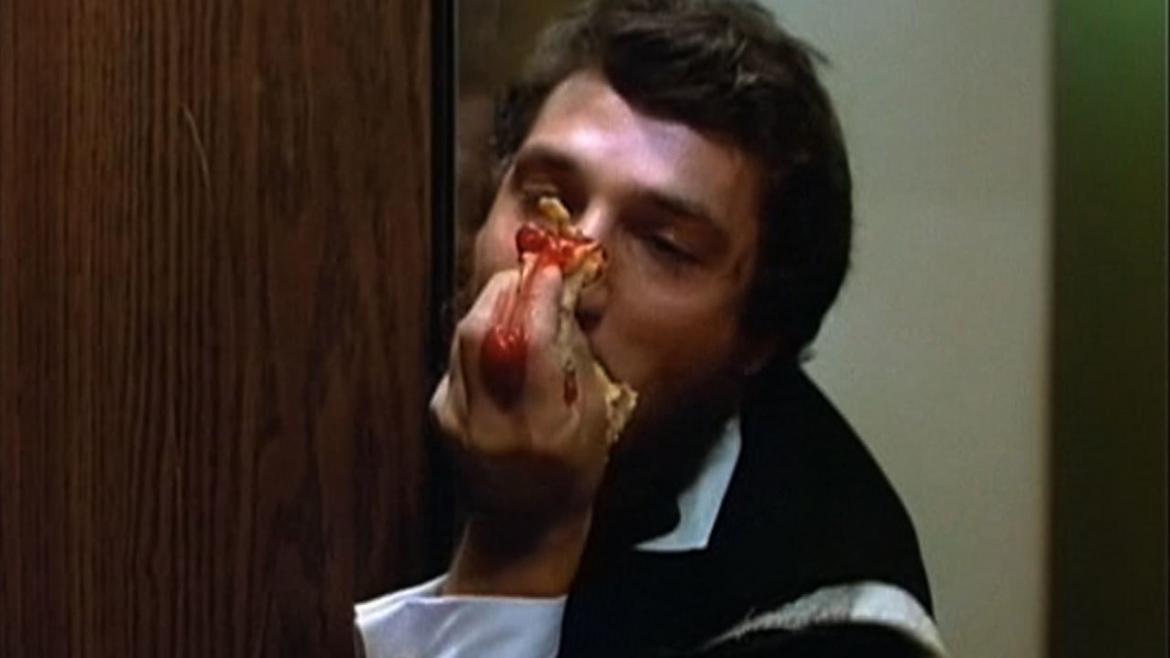 Made in 1975 Shivers (or the alternative dramatically sweeping title They Came from Within) is the first feature title by body horror maestro David Cronenberg. However, that inference truly misses the genius of one of our greatest living horror directors. Shivers like most Cronenberg horror is not about the body, but the mind and how it interacts with the body; an exploration of the deeply psycho-sexual; our primitive qualities that cross the boundaries from what separates human from animal.

Shivers is the story of the residents a high rise apartment in Montreal, as we are ushered through stills of neon colors and polyurethane countertops. This quickly cuts to a scene where a doctor assaults a girl, choking her to death and ripping her clothing from her naked, young body. We then learn through the singularly Canadian named Roger St. Luc (Paul Hampton) that this is the result of a hair brained scheme by the mad doctor to infect individuals with a parasite unlocking their true, primal sexual nature. This parasite transmits itself sexually from host to host with a showdown between the sexually primed zombie horde and the tenants.

In a lesser film, by a lesser film maker all of this would be played simply for titillation or over the top antics but here we walk that tightrope expertly. That’s not to say that Shivers is a perfect film by any means; it suffers from what most of Cronenberg’s films do. The plot isn’t always perfectly coherent, and the ideas overwhelm the narrative making this more about the overarching themes than a well-rounded and complete story arc which with the low budget, isn’t as easy to overlook as it is in some of his later films. Yet, to some degree this all works in his favor.

The best thing a horror director can do is feel dangerous. To make us, the viewer believe through a series of insinuations that they may just be out of their mind and we have no idea what they are capable of, and this is David Cronenberg’s specialty. His magic is the sort of disorienting, discomforting spell that is difficult to watch but stays with you long after the credits have rolled.

Shivers is truly an extraordinary introduction to that feeling, that is uniquely David Cronenberg, making it a must watch.

I Walked With a Zombie