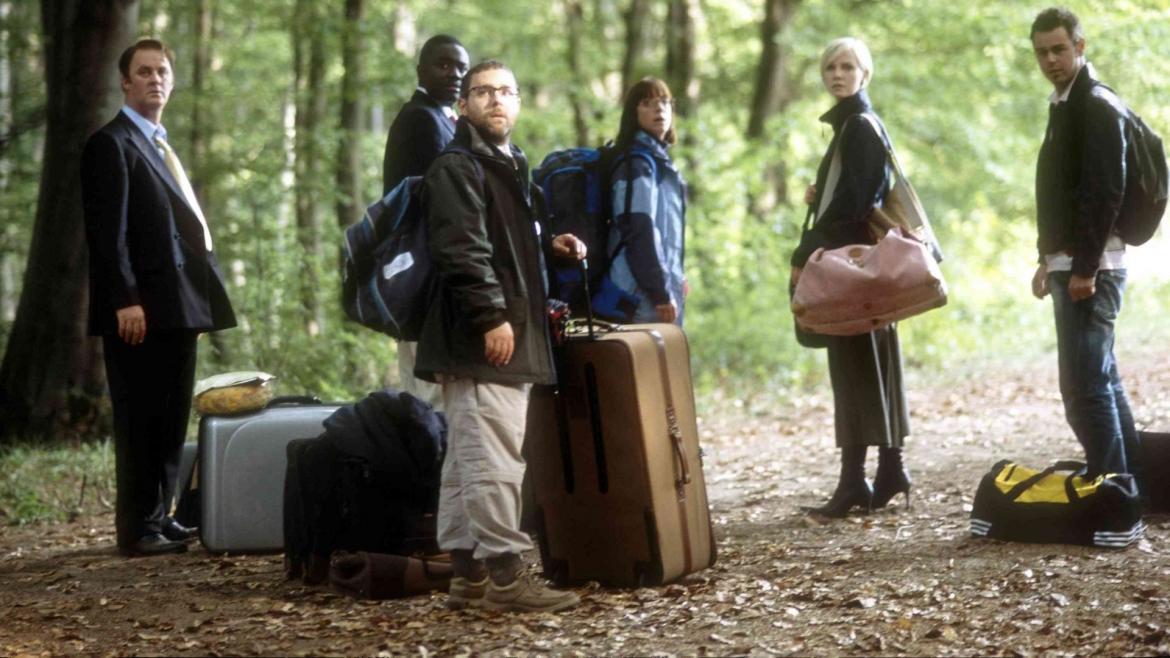 In the British horror comedy Severance, a company forces a small group of its employees to spend a weekend together playing paintball and bonding. The problem is they choose to do this in Eastern Europe and in true cinematic Eastern European fashion, the environment proves hostile. Compared to what a local masked maniac has in store, team-building exercises and uncomfortable co-worker interactions seem like a downright idyllic weekend.

With its corporate world setting and its cringe-inducing sense of humor, the comparisons between Severance and The Office are inevitable from the start. Dig into the film more deeply, and those connections become even more apparent. Director and co-writer Christopher Smith and co-writer James Moran employ many character types from the show, including the daft, reality-blind boss, the overzealous second-in-command, and the too-cool-for-school salesman.

Smith and Moran go beyond merely recreating the elevator pitch versions of some of these characters. They also borrow a few of the more subtle character traits found on The Office. For example, Richard (Tim McInnerny), the boss in Severance, is prone to the same bouts of well-timed, clear-eyed, redemption that plague Office head Michael Scott – or David Brent, if you prefer. While all of this can feel like copy-and-pasting, the intent seems to be more about dropping familiar characters into a horror-movie to see what would happen.

One The Office staple Severance doesn’t nail is the love triangle. The movie half-heartedly introduces a quasi-love triangle between Steve (Danny Dyer), Billy (Babou Ceesayu), and Maggie (Laura Harris). Although, it never really goes anywhere. In American Office terms, it fails to rise to the level of Jim-Pam-Roy or even Jim-Pam-Karen.

Smith and Moran clearly know a thing or two about The Office and the same can be said about their familiarity with the slasher sub-genre. Or maybe they just watched Scream once. Either way, they recognize critical truths like bathroom breaks preceded by the words “I’ll be right back” are lethal and the killer is never completely dead. They know these things and they know their audience knows those things. They cleverly wield that knowledge against viewers for comedic effect, setting up some of the film’s more memorable moments.

Severance loses some points for originality and it doesn’t quite flesh out its relationships enough to justify bringing them up. Still, it’s a worthwhile blend of The Office and Scream – just with a much less chatty maniac. Movie fans who like their humor British and a little awkward and their slashers silly and a little self-aware should find themselves well-satisfied by Severance.