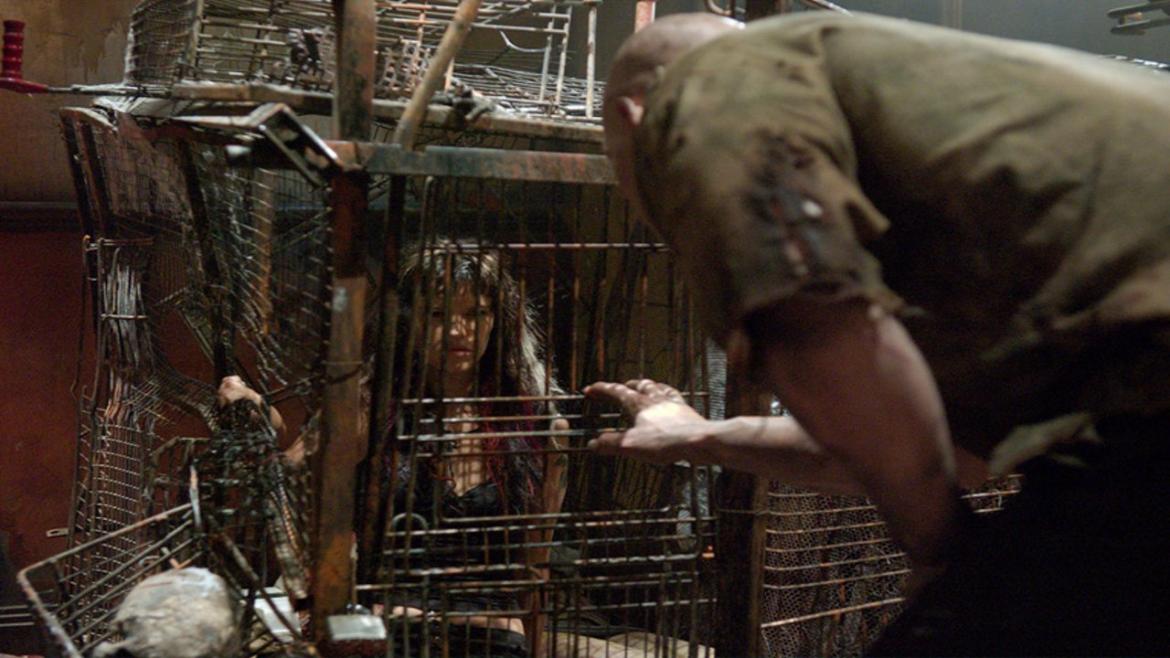 The best comparison for 2006’s See No Evil is the frogs that are super-poisonous and warn you about it by being brightly-colored. If that frog kills you, it shrugs and says “Told you so.” See No Evil is like that in that it goes out of its way to warn viewers about what they’re getting into. It’s all right in the credits. WWE Films. Starring Kane. Directed by Gregory Dark – whose inauspicious background as a softcore porn maven turned Linkin Park video director is discoverable via a quick Googling. Unless viewers adjust their expectations accordingly, those who ignore these warnings and choose to carry on do so at their own risk.

At the heart of See No Evil is Jacob Goodnight (Kane), a ho-hum slasher whose only distinguishing characteristic is that he likes to pluck out his victims' eyeballs because his insane, religious zealot of a mom gave him a bunch of complexes. In the simplest and least spoiler-y terms, one day adult Jacob is hanging out in a ruin of a hotel when eight kids from a juvenile detention program and two adult supervisors are bused in to clean the place up. On the likeability scale, the best any of these characters can muster is “Not completely hateful,” so there are zero qualms available for them as Jacob maims and eyeball-plucks his way through the group.

Early warnings aside, it’s impossible to completely overlook how strikingly dumb See No Evil is. It doesn’t matter if we’re talking about the characters in the story or the people working behind the camera, everyone is prone to flat-out baffling decisions. The kids in the movie do the expected slasher moves like exploring abandoned, dangerous areas in the name of smoking pot and doing the nasty. However, the real problems lie with the adults. It’s revealed these upstanding citizens have done alarmingly little research into the kids welcomed into this program or into the hotel itself. Then, while the kids – some of whom have committed violent crimes – wander the hotel at night, the adults sit downstairs and get drunk.

From a filmmaking perspective, it’s a running gag in slasher movies how the killer can show up somewhere in the blink of an eye, as if teleported. Dark goes next-level with this, at one point having Jacob appear in an elevator right next to a character and start choking her. The only way this could make sense spatially – if we take teleportation off the table – is that Jacob was riding in the elevator with the person the whole time and went unnoticed. Credit to Dark, however, for putting together an gleefully cruel, if too CGI-heavy, “end” to Jacob’s story.

If you go in with a properly lowered set of expectations – or with the right group of friends around you – See No Evil can function as a passable, yet highly-derivative slasher. It’s pretty brutal (though not as gory as one might expect considering the eyeball thing), it has some gorgeously repugnant set design, and its pacing is fairly breezy. When things get dumb – and they get exceptionally dumb – you can give it the old Mystery Science Theater 3000 treatment.