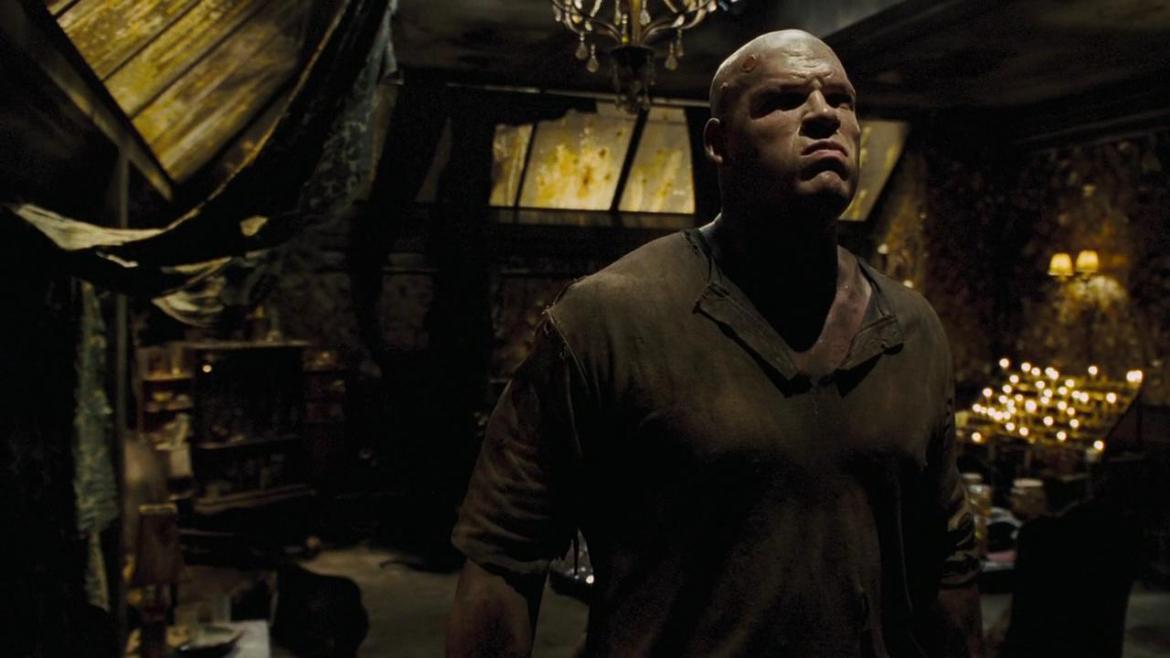 If anyone can live (and die) by the cliché “if it ain’t broke, don’t fix it,” horror movies tend to be the poster child for recycled themes. See No Evil 2 is no different in that regard, as its plot immediately follows that of its predecessor.

Amy (Danielle Harris, the scream queen herself) is anxiously working through the last minutes of her graveyard shift at the morgue so that she can celebrate her birthday with her friends. These plans are foiled when she and her dorky-yet-devoted (and conveniently cute) coworker Seth (Kaj-Erik Eriksen) hear that they are about to receive a number of bodies from the massacre at the Blackwell Hotel (a continuation from the events of the first film).

Deciding to forgo her initial birthday celebration to instead stay and help her crush at work, Amy heads down with Seth to the receiving bay to usher in the body of crazed murderer Jacob Goodnight (Glenn Jacobs of WWE "Kane" fame.) While wheeling in the body, Amy and Seth are separated (but of course), leaving Amy alone and unnerved by the massive killer. Eventually Amy wanders back through the morgue after leaving Seth to work on the body alone and winds up in a room full of covered bodies – surprise! It’s her friends, being good weirdo friends that have come to celebrate her birthday at the morgue with her instead of taking her to a bar.

As the celebration continues, Amy’s darkly sexual BFF Tamara (Katherine Isabelle, American Mary/Gingersnaps) is overcome with fascination by the morgue, but more importantly, being in the vicinity of the dead body of infamous killer Jacob Goodnight. Like any good slasher movie, the gang splits up and the action starts – Tamara seduces her boyfriend into grinding and getting down on top of some corpses (yes, like literally on top of them), including that of Jacob Goodnight. You can imagine how that winds up for them. As Tamara and her boyfriend are attacked, the friends become aware of the danger in the morgue and ultimately watch each other be ripped to shreds. There are several formulaic trips, bloody body parts and a few decent defensive shots at the killer before the group reaches their demise, though a surprising amount of that occurs out of frame.

Overall, the movie was relatively entertaining. Though it’s not necessary to see the first film to follow the second, it is probably recommended, as most other reviewers have seemed to enjoy the two films in tandem. The plot doesn’t tread far beyond the simple trope of “the misunderstood killer returning from the dead to seek revenge on basically everyone who might have even thought a bad thing about him.” It’s nothing new or exciting, but it is consistently paced and solidly executed. Though the plot is decent, the writing could use a little work; two rookie penmen (Nathan Brookes and Bobby Lee Darby) are credited here and it shows. The dialogue seems watery at points and the characters barely deep enough to connect with, but overall the acting is committed and passable. Stylistically, the film is gothic and edgy with sleek murder scenes and interesting point of views. Most of all, the Soska Sisters directed the film and do remarkably well with what they were given.