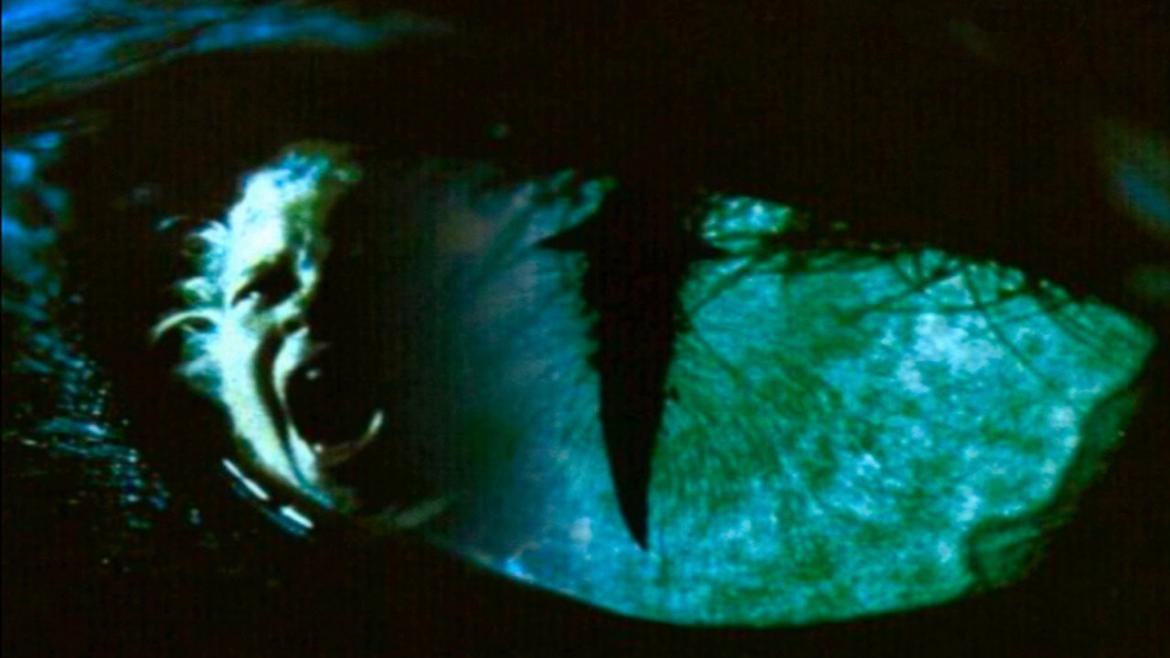 By Chris Vander Kaay and Kathleen Fernandez-Vander Kaay on October 16th, 2014
In recent years, the anthology film has made a bit of a comeback, from the standard multiple entry film (“V/H/S” and “The ABC’s of Death”) to the narrative film with clearly divided sections but some level of connective tissue (“The Signal” and “I Sell the Dead”).  The inspiration for many of these came from the wave of 1980s horror anthology films from “Creepshow” to “Tales from the Darkside.”  Right in the middle of the 80s, director Lewis Teague released an anthology comprised of Stephen King short stories called “Cat’s Eye.”
Coming off the directing success of “Cujo,” another Stephen King film, Teague worked with a Stephen King script that took two of his short stories, “Quitters, Inc.” and “The Ledge,” and paired them with an original story about a troll living in a little girl’s house and trying to steal Amanda’s breath (what?).
The film, like most anthology films, is a mixed bag of successes and failures; however, given that this anthology story only has three stories, the failures are going to feel much longer than they do in more recent films with several shorter installments.  The first story, “Quitters, Inc.” follows James Woods as a cigarette smoker who decides to take drastic measures to quit, only to find out that the organization helping him quit doesn’t stop when the going gets tough.  The sequence is strangely comedic, with a smoker’s fantasy sequence that feels like it stumbled out of a “Reefer Madness” sequel.  Though Woods is excellent in his performance, as is Alan King as the head of Quitters, Inc., the overall feel of the entry is disjointed.
Then comes “The Ledge,” a surprisingly effective thriller marred only by some dated fashion and effects.  A tennis pro who is sleeping with a rich man’s wife is kidnapped by the rich man and forced to walk around the dangerously small outside ledge of a building in order to save his life.  A simplistic concept is milked for effective intensity, and the only moments that betray hat are the obviously manufactured effects of the attacking bird.  Robert Hays (known primarily for his comedic work in the “Airplane” films) acquits himself nicely, and the ending of the story is a fun touch.
Then comes the third and weakest entry, “General.”  The cat who has weaved his way through the other stories finds a home with a little girl, and becomes her protector against a malevolent troll trying to steal her breath.  As strange as it sounds, and certainly an audacious concept that Teague embraces fully, the sequence suffers from troublesome practical effects and difficulty in connecting with any characters except the cat.
Overall, the impact of the film is one of definite 1980s sensibilities and style.  Whether or not a viewer will embrace that on its own terms or reject it for feeling dated is entirely up to the individual viewer; however, if a moderately good time and a couple of very interesting story conceits are enough to make a ninety minute viewing, this film is worth hunting down.

Chris Vander Kaay and Kathleen Fernandez-Vander Kaay are a husband and wife writing team who agree on almost everything except whether or not 28 Days Later should be considered a zombie movie. After years devoted to interviews, podcasts, and articles in which they championed the idea that the horror film genre should be taken seriously, they hope the idea is finally catching on.