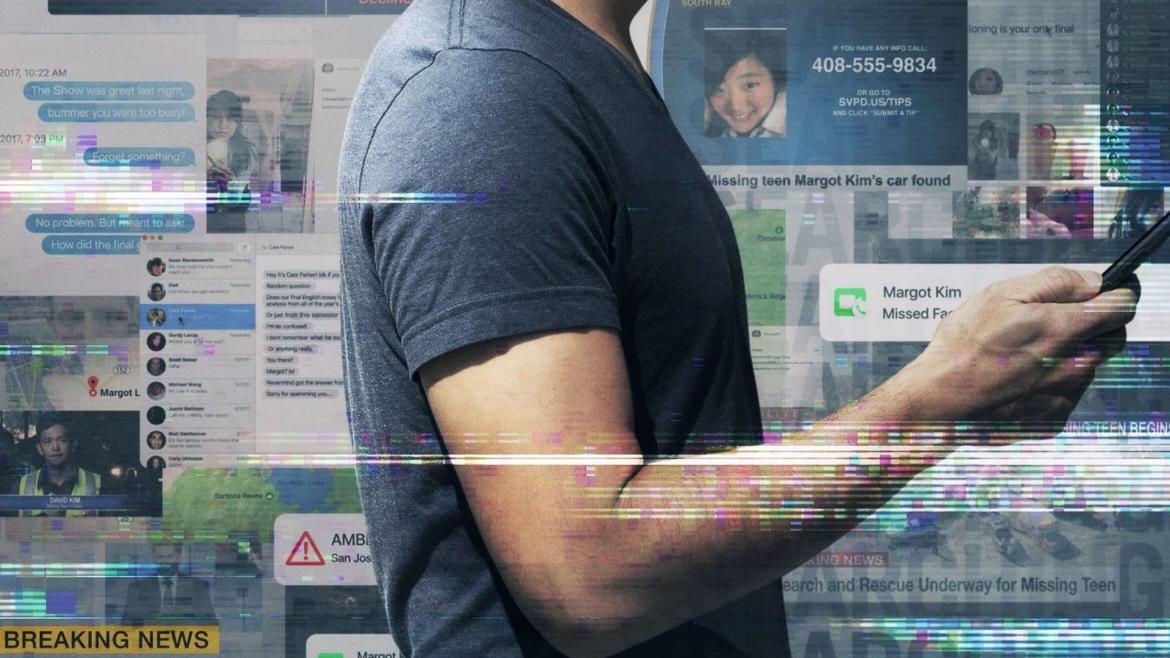 How many times have you told someone that you’re a horror fan and been met with the response, “I don't like horror but I love thrillers”? As a certified horror nerd, I have always enjoyed conversations about what makes something a horror movie. By extension, I am amused by discussing differences between genres. Both "thrillers" and horror films seek to create tension through suspense, often utilizing similar plot lines and cinematic techniques. I don’t mean to suggest that the thriller doesn’t exist, but rather that perhaps the line between it and horror is a lot blurrier than some people insist.

It is with this debate in mind that we look at the 2018 film, Searching. The movie stars John Cho as a single father named David Kim whose whole world begins to fall apart when his teen-aged daughter Margot goes missing. David turns to the technology that surrounds us every day to try and find his daughter. He finds that these tools are only helpful when you know what to look for and it's revealed he doesn’t know his daughter nearly as well as he thought he did.

Some of my colleagues at Bloody Good Horror (who shall remain nameless) disparaged this movie and discounted it out of hand as not really a horror movie, placing it outside of our purview. Others railed on Searching—without seeing it—for “ripping off” Unfriended. I am here to argue that, by doing so, we miss out on a really interesting conversation.

Let’s start with the idea that Searching cribs Unfriended. The two have nothing in common with regard to plot. One must assume, then, that this criticism has to do with the fact that the majority of Searching is shot to look like computer screens. This is, indeed, the stylistic choice that Unfriended employed so well back in 2014, but if that argument is to be made, then we must acknowledge the film that came before Unfriended. The Den was released a year before and was also set on computer screens. I was a fierce defender that Unfriended was its own movie and should be discussed as such, and so I will be here for Searching as well. (If you want to talk about ripoffs, the plot of Unfriended: Dark Web is much more similar to The Den than any of these other movies are like each other). These desktop-based films feel more to me like a new subgenre, not unlike found-footage. I think they should be allowed to exist and be judged on their own merits like every movie after The Blair Witch can be.

The next issue is whether this is a movie that horror fans should pay any attention to. And I would argue that it absolutely is. Searching is a movie that takes a strategy that a few horror movies have used successfully in recent years and implements it on a story that is far more palatable to a broader audience. One particular example is the film’s opening sequence, which manages to communicate a great deal of exposition and elicits emotion simply by showing the set up process for a number of successive family computers. By placing a parent at the film's center and using technology in an accessible way, this movie makes the desktop-based format palatable to a much broader demographic.

The story is aided by several good performances which stand up on their own and aren't simply there to serve the gimmick. Seeing John Cho play a sturggling and grieving father is a rare opportunity that pays dividends. Acting opposite Cho is Debra Messing as a tough detective, in a turn that is both a little hammy and genuinely heartfelt. As someone who actually had to watch an episode of her doomed sitcom, The Mysteries of Laura, it's a delight to see her play law enforcement that is serious and a touch cold.

Searching is a quintessential thriller, and whether or not you choose to see that as part of the horror family (even just as a distant cousin) is entirely up to you. But this movie knows exactly what it is and it executes its mission well. In the end, this movie serves to bring more voices into the conversation and to demonstrate the power of the subgenre that The Den and Unfriended populariezed. And did I mention John Cho?! Who can be mad at that?