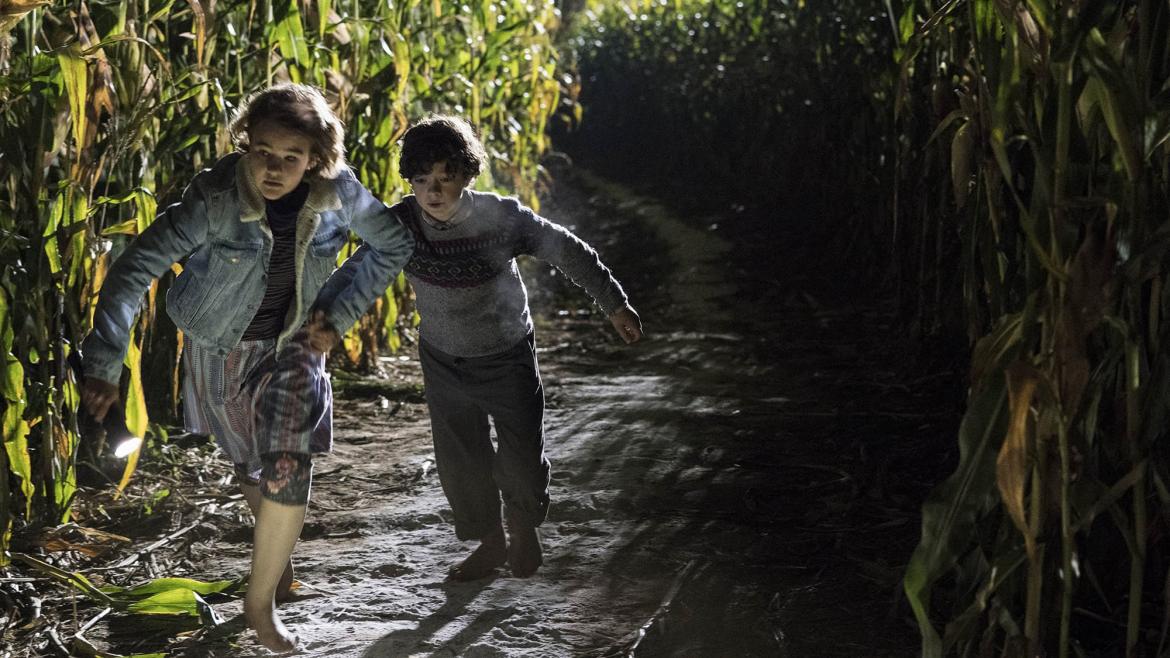 John Krasinski’s A Quiet Place is the rare movie that isn’t so much meant to be watched as it is experienced. It’s built around a gimmick that can only be fully appreciated in a crowded theater, like a no-tech version of something B-movie icon William Castle might have dreamed up half a century ago. Instead of vibrating chairs or hovering skeletons, Krasinski’s ploy is far more terrifying to modern moviegoers: silence. It’s almost as if, within its opening moments, the filmmaker dials down a theater’s soundscape until viewers feel guilty about breaking the tranquility. On screen (save for the score), any sound, no matter how small, could spell certain death. In the theater, the stakes are much lower. Yet, there’s something uniquely unnerving – and a little awe-inspiring – in Krasinski’s ability to turn a popcorn munch or creaky seat into the recipient of sideways glances in 2018. Outside of the gimmickry, however, A Quiet Place is less of a runaway success.

In the film, Earth – or at the very least, America – has been overrun by monsters that hunt based on sound. We’re transported to a secluded farm where we meet a family led by father Lee (John Krasinski) and mother Evelyn (Emily Blunt). The prents instruct their children, Regan (Millicent Simmonds) and Marcus (Noah Jupe), how to adapt to life in this new world. Paths around the house have been covered in sand to silence footsteps, strings of lights illuminate the property at night and can be turned to red to wordlessly indicate danger. These little flourishes, combined with excellent performances from each of our four main characters, truly bring to life the world of A Quiet Place.

Where the film stumbles is with its narrative. The film goes to great lengths to establish the rules of its world – the kids can’t even use real board game pieces because of the noise – only to set them aside when they become inconvenient. The idea that a rickety old pickup truck could silently roll down a hill is one of several logical copouts that can’t be overlooked, particularly not in a movie of such an otherwise high caliber. Further, when it’s revealed Evelyn is pregnant, the film seems to be positioning this as a keystone plot point, however, it’s eventually resolved easily enough so as to make the whole thing feel over wrought.

A Quiet Place is hard to pin down. Right now, in the spring of 2018, it’s an easy recommend based on its theatrical experience alone. Once the film leaves theaters, however, it will become less of a slam dunk. Despite a disappointingly wonky plot, the acting and Krasinski’s eye as a director may just be enough to carry it on.

I Saw the Devil