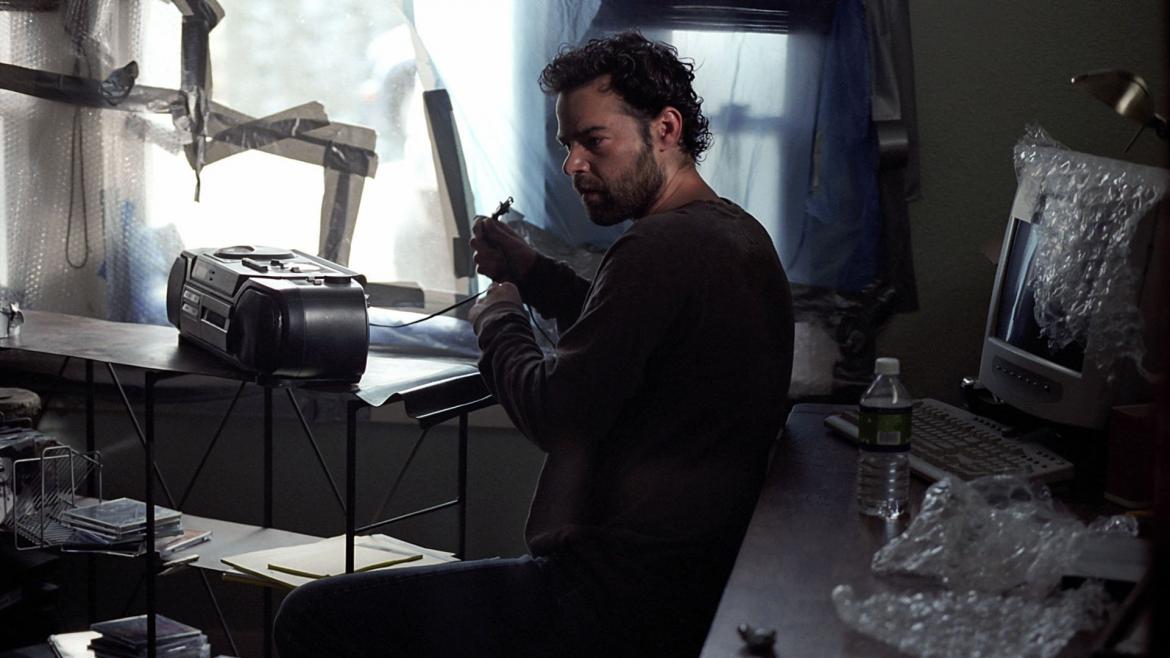 Right at Your Door (Movie Review)

When Right at Your Door opens with a chemical attack on Los Angeles, its first sequence underscored by the staticky updates of panicked reporters, it’s natural to expect plenty of contemporary anxiety and/or metaphors about widespread social unease. Instead, it takes a welcome hairpin turn very early and narrows its terrain to no bigger than one couple’s backyard, peering into their uniquely horrific experience with the focus of a morality play.

As the first explosions are detonated, Brad and Lexi (Rory Cochrane and Mary McCormack) are apart: Brad, an out of work musician, is spending his morning at home in the 'burbs while Lexi is out supporting them both with her job in the city. Brad’s initial reaction following the attacks is to find Lexi, but when police blockades prevent him from leaving their neighborhood (more significantly, he witnesses the police killing of an ‘infected’ individual at the first threat of contagion), he changes his plans and returns home, following newly issued instructions to seal all windows and doors and prevent anyone exposed to the chemicals from entering (but not before allowing their acquaintance Alvaro inside).

As is to be expected, Lexi returns shortly thereafter, gasping in relief at making it home, on foot, with her life--and also coughing up a storm on their front porch. Without much visible soul searching, Brad informs her he won’t be letting her in, and with that the shocking, compelling drama at the center of Right at Your Door is underway.

The most gripping thing about the movie’s central conflict is how it is set up for each character’s reactions, from the outset, to be entirely reasonable. Brad has no idea if letting his wife inside will kill him and Alvaro (a father); Lexi is outraged that Brad is offering haven to a virtual stranger while leaving her to contend with continued exposure and the threats from police. Much of it hinges on their trust (and yours) of the validity of the information they are getting from the authorities, and it doesn’t help either Brad or Lexi’s anxieties to see anonymous, sinister vehicles patrolling the neighborhoods semi-regularly.

Writer and director Chris Gorak subtly changes up the arrangement several times, shifting the power balance and the emotional stakes between Lexi and Brad in unexpected ways. While it suffers from weak, sometimes painfully expository dialogue (even in the final scenes, which is just plain weird) and probably could have had better actors in the leads, it remains a tense and surprising film all the way to the finale. It’s worth watching and worth debating-- and if your significant other is joining you, keep your sleeping bags handy, kids, cause one of you is gonna be sleeping on the couch tonight.