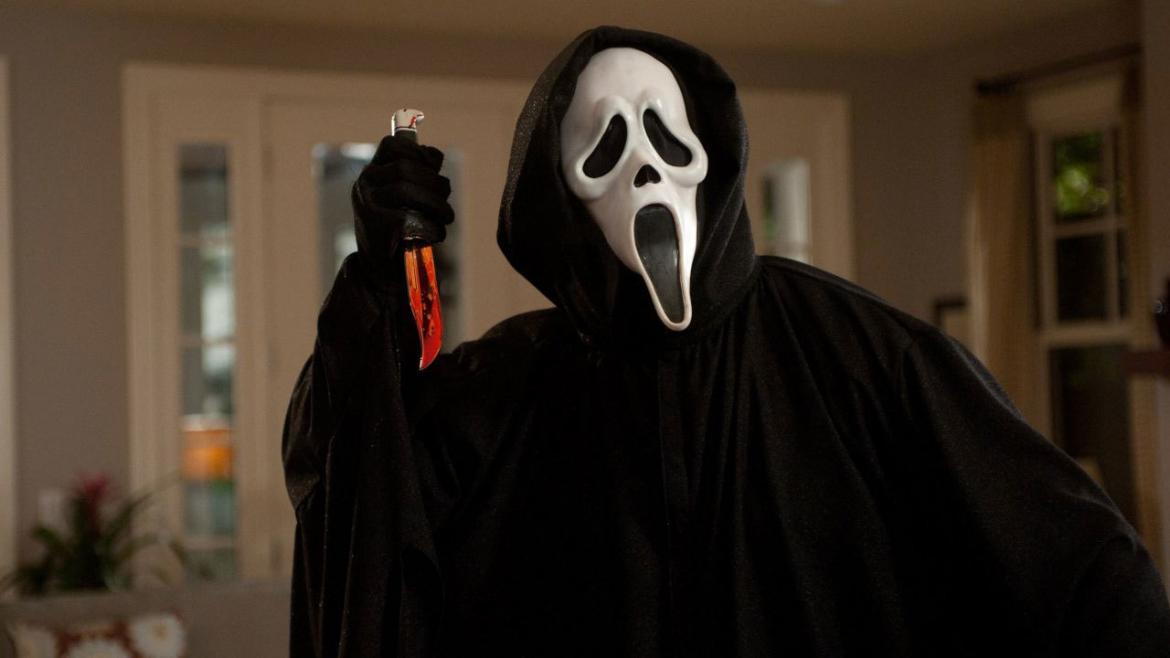 Love it or hate it, Scream was a movie that made waves. It has been referred to as the film that revived the horror genre during its release in the 90's. Horror veteran director Wes Craven teamed with the then unknown screenwriter Kevin Williamson to bring a postmodern view to the horror genre and, more specifically, the slasher subgenre. At the time of Scream's release, Jason was hopping bodies via mutated fetus, Michael was chasing babies with bloody runes, and Freddy was dead. Needless to say, the slasher icons were losing their reputation as frightening and stepping more into a lovable Saturday morning cartoon. In walks Ghostface with a whole lot of love for what had come before him and a need to make Scooby Doo reveals much more terrifiying. With a solid screenplay, a great balance between humor and fear, a loving nod to horror fans, and keeping viewers guessing, Scream ​is undoubtedly a film not to miss.

Casey (Drew Barrymore) is ready to settle in for a great night of popcorn and a classic horror film when a phone call sends her into a spiral. "What's your favorite scary movie?" ultimately becomes her worst nightmare as she fails to answer the mysterious killers horror trivia questions. Her punishment? A death that sets the stage for a killer that is unpredictable and unknown. Casey's classmate Sidney (Neve Campbell) experiences her own run ins with the Ghostface killer and at one point believes that her brooding boyfriend Billy (Skeet Ulrich) is behind the murders. Due to Sidney's mother being murdered a year prior, the news of her brush with death resurrects news reporter Gale Weathers (Courteney Cox) to investigate if the new kills relate to the year prior. As bodies continue to drop and the number of suspects begins to dwindle, it takes learning the tropes of horror movies to pinpoint the real killer.

The most famous scene from Scream comes right in the opening. Drew Barrymore was a big name but this was her comeback from her personal issues that kept her from being recognized as a good actress. Audiences entered believing that Drew would be the heroine, however, when her death happens within the first 15 minutes, the stakes were raised and the predictability flew out of the window. The scene also begins the ball rolling on the loving homages to horror of the past. Her early death was reminiscent of Psycho, she references A Nightmare on Elm Street, Ghostface asks her who the killers were from the original Halloween and Friday the 13th, and even more obscurely, Casey's father tells his wife to go to the Mackenzie's house to call the police which was the same line that Jamie Lee Curtis delivered to young Tommy in the original Halloween. The rest of the film is brimming with the horror nods. These moments are wonderful nods to the horror fans while also allowing the normies to get some education on movies they may have missed. This balance provides a great ride for any viewer and opens a door for those that may not find horror to be accessible. The performances are all varied and interesting, with Courteney Cox's portrayal of Gale being the strongest. Her cutting and unlikable character was somehow endearing and strong all wrapped in one. В последнее время при приеме людей на работу, работодатели часто устраивают разные кастинги. На таких кастингах и происходит неожиданная ебля с подчиненными, что вы можете увидеть на нашем сайте. порно кастинг интересен тем, что тут обычно показаны молодые и очень красивые девушки с шикарными фигурами и большими сиськами. Ради работы эти сучки готовы и член отсосать начальнику, и дать ему в пизду и анал.

The decision to make a murder mystery the foundation of a slasher film also proved to keep Scream in the mindset of viewers. Once the real killers are revealed it provides a reason as to why the killer could be seemingly everywhere during the attacks and also gives viewers a reason to rewatch the movie and look for clues. Each death feels special and purposeful, with the exception of Principal Himbry (Henry Winkler). With slasher films beginning to feel stale and predictable, the kill scenes were surprising and something to inspire horror fans to want more from their films. Overall, Scream fits snugly with the likes of Halloween, The Texas Chainsaw Massacre, Friday the 13th and A Nightmare on Elm Street. The film is like the screaming, giddy fan of all of the original slasher fans getting a chance to talk about them in length. Thankfully, the love it shows also gives it the edge it needs to be remembered along with its inspirations.