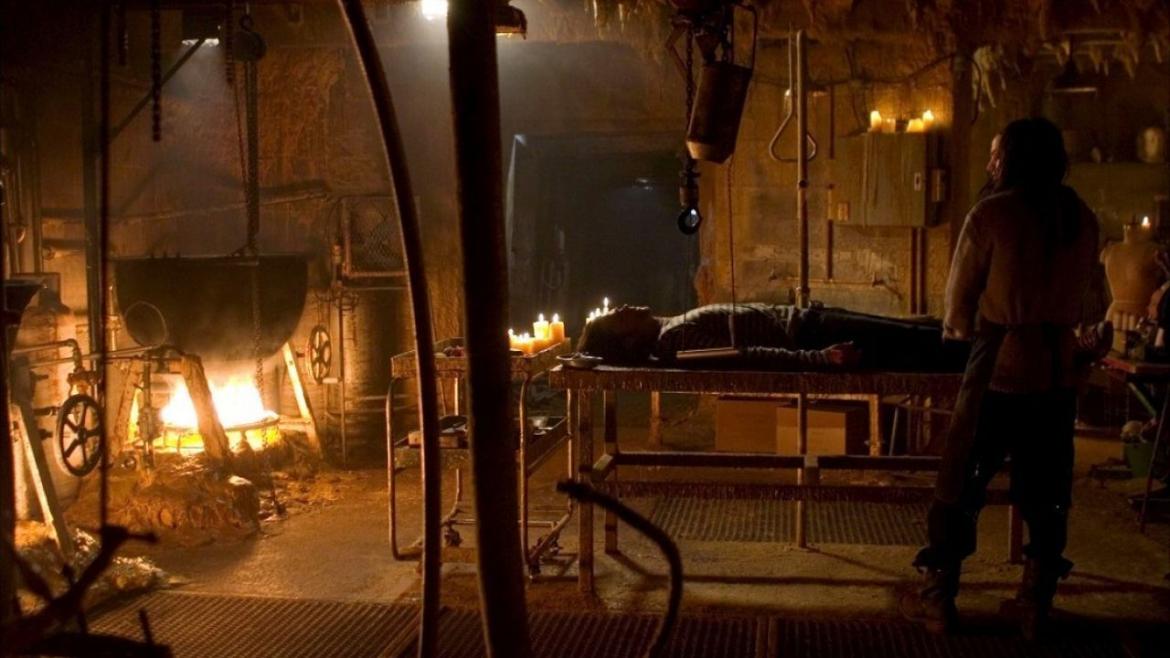 2005’s ultimately lackluster House of Wax has the distinction of being a third generation remake. The lineage of its central conceit – a scarred wax sculptor murdering people and using their bodies to give his work a little extra oomph – can be traced cinematically through Vincent Price in 1953’s House of Wax, all the way back to the 1933’s Mystery of the Wax Museum. However, outside of that very base concept, the 2005 version has little in common with its predecessors. With its plotline of twenty-somethings being stalked and murdered after their road trip is interrupted by a devious trap, the film feels more like The Texas Chainsaw Massacre or one of the many offshoots it inspired.

The thing that stands out most about 2005’s House of Wax – other than the physical splendor of its cast – is its runtime. The film clocks in at just a hair under two hours which is absolutely absurd for what is essentially a high-concept slasher. It takes nearly an hour for any of the characters to actually die. In the lead up to that first death, which is quite memorable, audiences are asked to endure an unforgivable amount of time-wasting. Carly (Elisha Cuthbert) and her tough guy (in the CW network sense) brother Nick (Chad Michael Murray) have endless passive aggressive conversations about their relationship. Carly’s friend Paige (Paris Hilton) may or may not be preggers. Carly’s small town boyfriend Wade (Jared Padalecki) may or may not support her decision to move to the big city for an internship. Those are just the highlights. Building characters is great, but it shouldn’t come at the expense of pacing. Also, the Paige pregnancy stuff becomes counterproductive considering the (spoiler alert) giant sex tape joke the film makes out of her death scene. If you want audiences to laugh at a character’s death, maybe don’t bother attempting to make them feel actual feelings for her.

It’s not just the characters that are overdone. The backstory of the killers – a brother-brother team who use their creations to populate an entire small town – is so insanely overcooked. They were conjoined at birth. One of them was born evil, the other, not so much. Their mother was a famous wax sculptor who died a prolonged and traumatic death. Their father was a disgraced surgeon. There’s enough there to jumpstart the careers of half a dozen would-be slashers.

The thing is, as a slasher, there’s a lot to like about House of Wax. The stalk sequences are slick and even a little tense. The film also sports a number of cringe-worthy – in a good way – gore effects. Put the script on whatever diet was used to craft Chad Michael Murray’s lean and mean abs and House of Wax would be a much easier recommend. As it stands, the film is a tough sell for anyone without a strong nostalgia for the mid-aughts pop culture in which it is so heavily steeped.