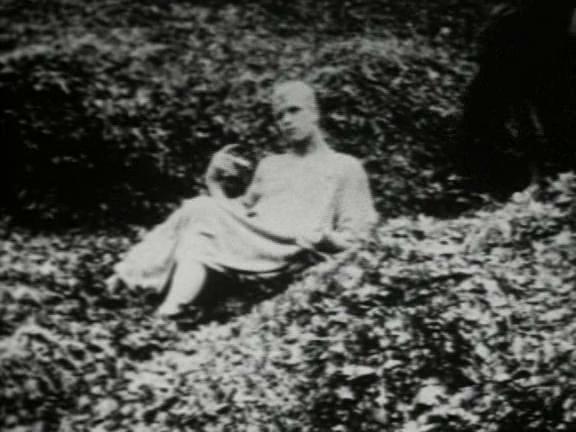 For once, I'm at a loss of words. I'm no stranger to shocking horror films. I own a copy of "Cannibal Holocaust". I caught "Human Centipede: First Sequence" in theaters. I survived "Anti-Christ". But this film, "Begotten", makes those movies look like Pixar creations. Where "Cannibal Holocaust" occasionally throws a left hook at the viewer with graphic violence, “Begotten” delivers a non-stop barrage of uppercuts and pounding fists. Where “Human Centipede: First Sequence” cuts the shock with humor, “Begotten” has no chaser and offers no respite from the terrible images it contains. And finally, while “Anti-Christ” shocks with two brief images of graphic sexual violence, “Begotten” revels in it for what seems like an eternity. This movie is not one to be under-estimated.

Trying to synopsize a film like this would do it a terrible disservice. While there are characters and a plot, they only exist in the loosest sense of the terms. Actions happen that set off other actions that form a loose narrative, but this film isn’t about the plot. “Begotten” is pure art-house cinema. There’s no dialogue throughout the entire film, and the only narrative comes in the form of two interstitials at the beginning. However, the names of the characters are stressed at the ending, so we know that the three main characters are named “God Killing Himself”, “Mother Earth” and “Son of Earth - Flesh of Bone”. These names would lead you to believe that there is a heavy political or environmental message. That’s not really the case. “Begotten” is all about instilling a deep, visceral reaction in the viewer.

And it succeeds. At the risk of sounding cliche, “Begotten” is an absolute roller-coaster of a film. At times I felt disgust at what I was seeing. There were times I had to pause it and walk away to collect myself. When I wasn’t disgusted, I felt anxious. As a man who has sadly had more than one anxiety attack, I felt it beginning, the heart palpitations, the inability to breathe, I was on the verge. It made me uncomfortable in ways no other movie has even come close to doing. I felt revulsion. There were times I could feel my stomach churning, on the brink of vomiting. It made me angry. The horrors that man can inflict upon himself and others aew so brilliantly portrayed in this film that I found myself yelling “enough” at the nameless assailants that brutalize the Mother and Son. I pitied them. I felt bad for what they were going through. I felt bad about what I was going through.

I will warn you, I’m not embellishing these feelings at all. When it comes to sick and twisted cinema, this is it. I fear a movie that can compete with this. Given I was on the verge of having a panic attack and almost vomited while watching this movie, I absolutely cannot recommend this film to everyone. It will scar more sensitive viewers and even some of the more hardened readers out there. There were times I didn’t think I could finish. I was tempted to shut if off and find something more light-hearted to watch and review, but the sick and twisted world in this film is strangely engrossing.

As terrible as I felt while watching this film, I felt compelled to finish it. It demanded my respect in a strange and twisted way. In a way, it inspires so much emotion on such a deep and raw level, it’s a moving and poignant film. However, the message it makes is not pretty. You will see the horrors that man is capable of in shockingly graphic detail. But if you’re like me, and wondering if you’ve been desensitized after years of horror flicks, it’ll show you whether you can still feel or not. I can.