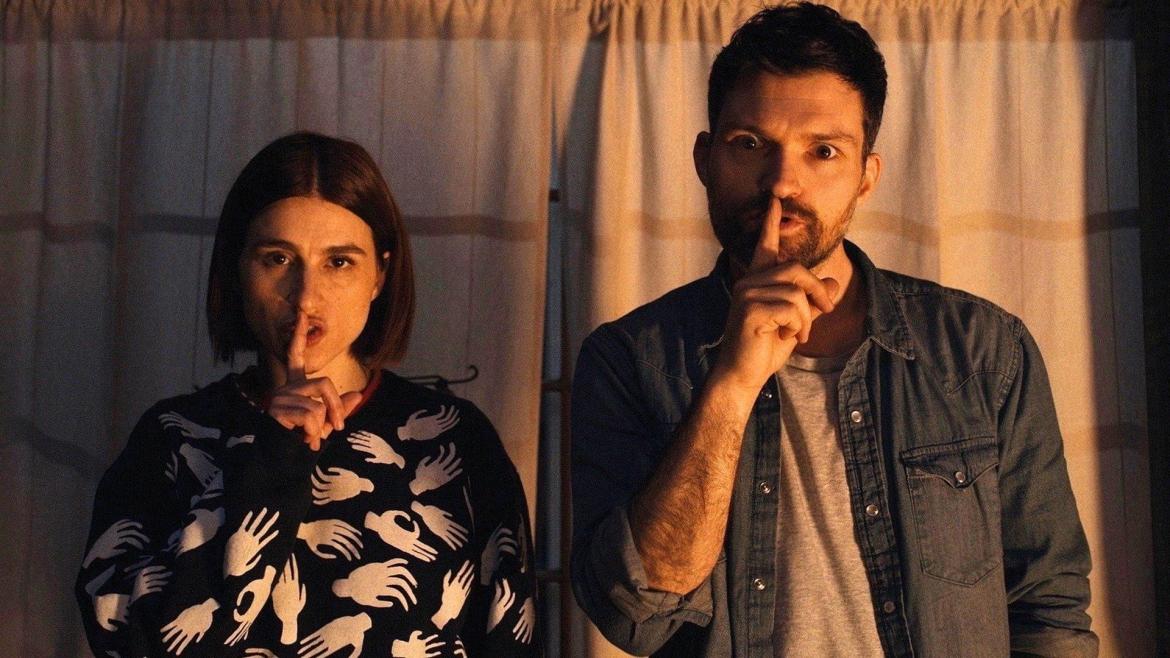 “Do you like scary movies?” Chances are that just seeing that collection of words strung together on the page brings to mind the unforgettable modulated voice of Ghost Face, the infamous killer in the Scream franchise. While Wes Craven had applied a metatextual approach to the Nightmare on Elm Street franchise two years earlier, Scream is probably the movie that folks most remember as their introduction to the filmmaker’s brand of self-reflexive horror. Since 1996, lots of horror movies have boarded the meta train, trying their hand at witty commentary if not outright parody. When done right, these movies are really fun, and create vehicles for exploring new ideas or for reconsidering old tropes.

Scare Me, released this October on Shudder, offers audiences another approach for skewering the genre. The movie follows Fred (Josh Ruben, who also wrote and directed), an aspiring writer who has traveled to a remote cabin to get snowed in and work on his book. He ends up suffering from writers’ block immediately and decides to go for a walk, where he meets Fanny (Aya Cash). She’s also an author -- but she’s a successful one. His jealousy is immediately piqued and his writers’ block is exacerbated as he falls headlong into an internet stalking rabbit hole. When the power is knocked out that night, Fanny wanders over to Fred’s house and the two decide to tell each other scary stories to pass the time. An isolated, entitled, white man feeling affronted? What could possibly go wrong?

What follows is basically like a series of campfire stories If the teller had secret production value. When Fred describes the heavy footsteps of a wolf, we can hear those footfalls rock the house. When Fanny describes a squeaky oxygen tank, the sound kicks in to amplify her story. We do not see their stories, but they are brought to life through the actors’ dramatized storytelling and the addition of some pretty stellar foley work. Ruben and Cash both deliver charismatic and fun performances. And if the two of them aren’t enough to lure you in, Chris Redd (of SNL and Popstar: Never Stop Never Stopping) makes a mid-film appearance as a pizza delivery man who also happens to be a huge fanboy of Fanny’s, which only serves to push Fred further into his self-imposed victimhood.

Scare Me is a different kind of meta horror movie than we’re used to. More than poking fun at current horror conventions, or what the contemporary zeitgeist looks like, this movie is interested in the art of genre storytelling. As a female horror fan, I was also really intrigued by what it has to say about male gatekeeping of horror stories and fandom -- especially from white/straight/cis men. Fanny knows her stuff, and she has no patience for Fred’s fragile ego. Some of this work is undermined by the film’s final act, but Cash’s performance is still a blast to watch and is likely to resonate with genre fans who have been told that the genre isn’t for them or doesn’t belong to them.

Scare Me is streaming on Shudder and is a perfect quarantine watch. Just grab some beers, curl up in a blanket, and let this movie scare you.