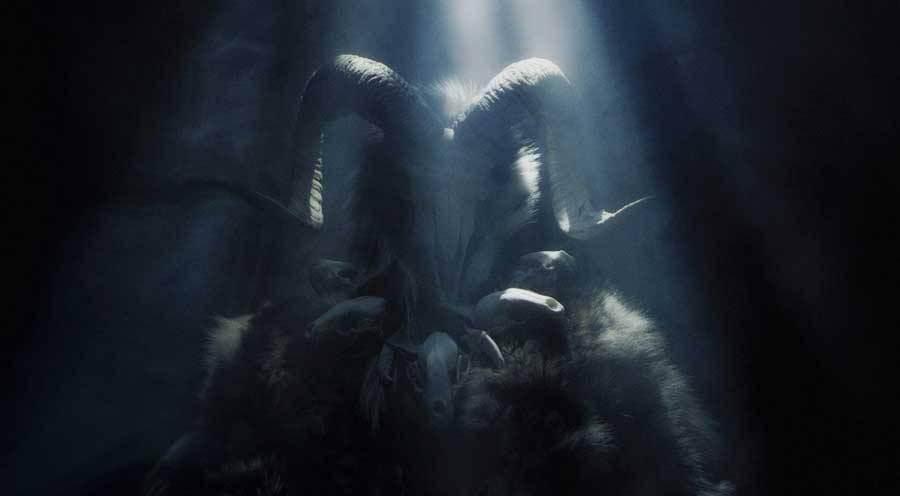 There's one type of DIY filmmaking where a collective of diehard crew members dare to deliver a piece of cinema on a modest budget. Then there's REAL DIY filmmaking where a single person steps in and truly does it themselves. Jordan Graham's Sator is often an effectively chilling piece of moody cinematic minimalism...to a fault.

Sator follows Adam (Gabriel Nicholson) who lives a very quiet isolated life out in the woods. Adam frequently checks area deer cams but never appears to be hunting...at least, nothing living. He is often visited by his brother, Pete (Michael Daniel), and the two have a prominent connection to their grandmother, Nani (June Peterson), who claims she is the receptor for a spirit known as "Sator." Adam's lonely existence begins to devolve into paranoia as he begins to notice Sator manifesting itself into the woods around him, threatening the lives of him and his family.

Light on dialogue but heavy on rich cinematography, Sator spends long stretches focused on picturesque landscapes with ritualistic and haunting vocals playing over the soundtrack. Sound becomes crucial to the effectiveness most of the film as Adam walks the echoey woods. Occasionally he stops to blow a call which pings over the speakers rising higher than any other tone in the movie. It's an unsettling stylistic motif the film mines for effective eeriness.

Not for the impatient, Graham's film is incredibly slow and the lack of dialogue could easily invite the disdain of phone-checkers left and right. Given that Graham handled so many of the behind the camera responsibilities of the film - he is credited as writer, director, and composer - he has a confident grasp on all aspects. Yet as personal as the story feels it does lack a sense of urgency or driving force. The vague threat of Sator's spirit lurks throughout the film, but its manifestations are sometimes so subtle that audiences too well accustomed to the gradual build of lazy spirits will find a reason to check out before the final third or even the final 10 minutes.

Sator is a beautifully crafted movie that just never quite finds that last element to hook the audience. The potential oozes out of each hauntingly orchestrated shot of the wilderness, but ultimately Graham's feature is too light on narrative momentum to cast its spell.

Screened as part of the Fantasia International Film Festival 2019