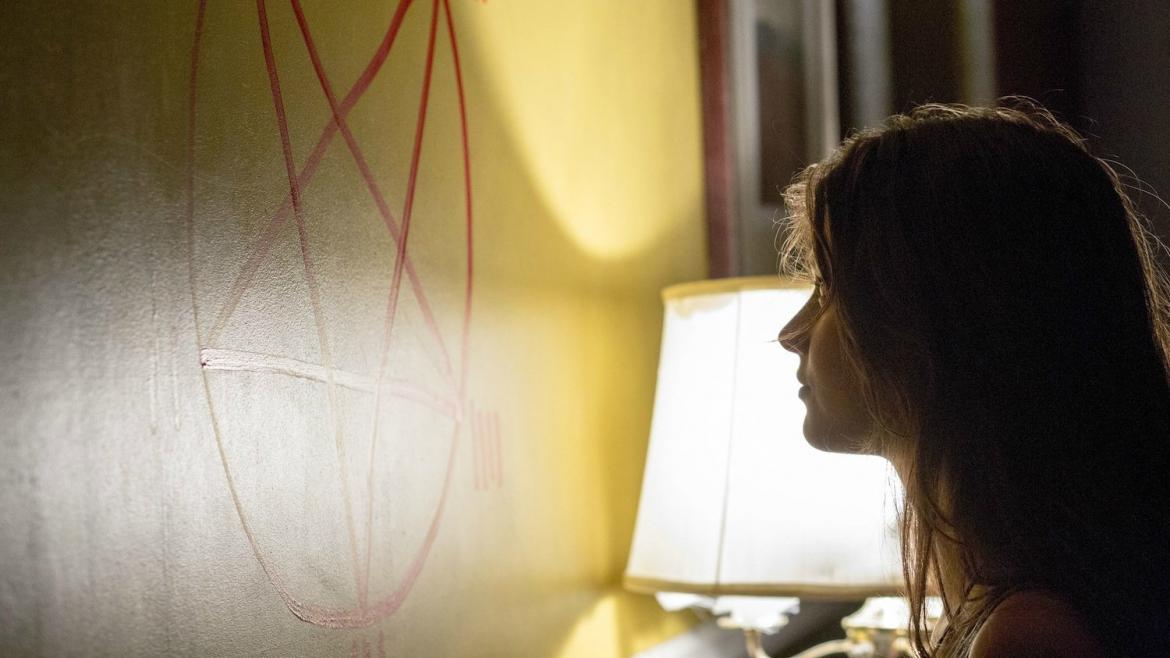 You need only take a quick peek at the cover art of Magnet's latest teen horror flick, Satanic, and know you're not in for anything great. However, you soldier on, cracking open that case and stuff the disc into the Blu-ray player with low expectations and an open mind. Ten minutes in it hits you- you have made a terrible mistake. Hours turn into days as you have to give yourself a pep talk to finish this colossal misfire and when you do, you've died a little inside.

Satanic is the frothy fecal concoction of four obnoxious youngsters on a road trip to Coachella making a pit stop in LA to tour a legendary occult crime scene. A contentious run in with an occult shop owner leads them to the scene of a ritualistic sacrifice of a young woman. The kids intervene and learn quickly that the girl they saved might be more dangerous than the shady cultists she was rescued from.

Poorly written, acted, and executed. Satanic is as unoriginal as they come, but has the nerve to look as slick and competently produced as it does. Yet those in charge of filling these gorgeously crafted frames with anything resembling a story or effective chills were playing hooky, procrastinated and turned in their work zero hour filled with the plagiary red flags. Most recently Radio Silence's Halloween short in V/H/S presents almost this exact same idea but with more flare and originality than anything within Satanic.

Sarah Hyland (of Modern Family fame) might be the film's only saving grace outside of the cinematography and she's easily the most recognizable face on screen. Hyland screeches her heart out to no avail more often than not since the "horror" on screen is so poorly staged. The jump scares are so scattered and chaotic that there's no logical way to make sense of what the point of any of it is.

Jeffrey Hunt (the director) and Anthony Jaswinski (the "writer") could benefit from the tutelage of J.K. Simmons' character from Whiplash. The duo deserve to have a wave of folding chairs hurled violently at their heads for inflicting this uninspired garbage upon genre fans. In the end, Satanic and its creators play childishly with forces they simply don't understand...the forces of competent and quality filmmaking.

The Taking of Deborah Logan