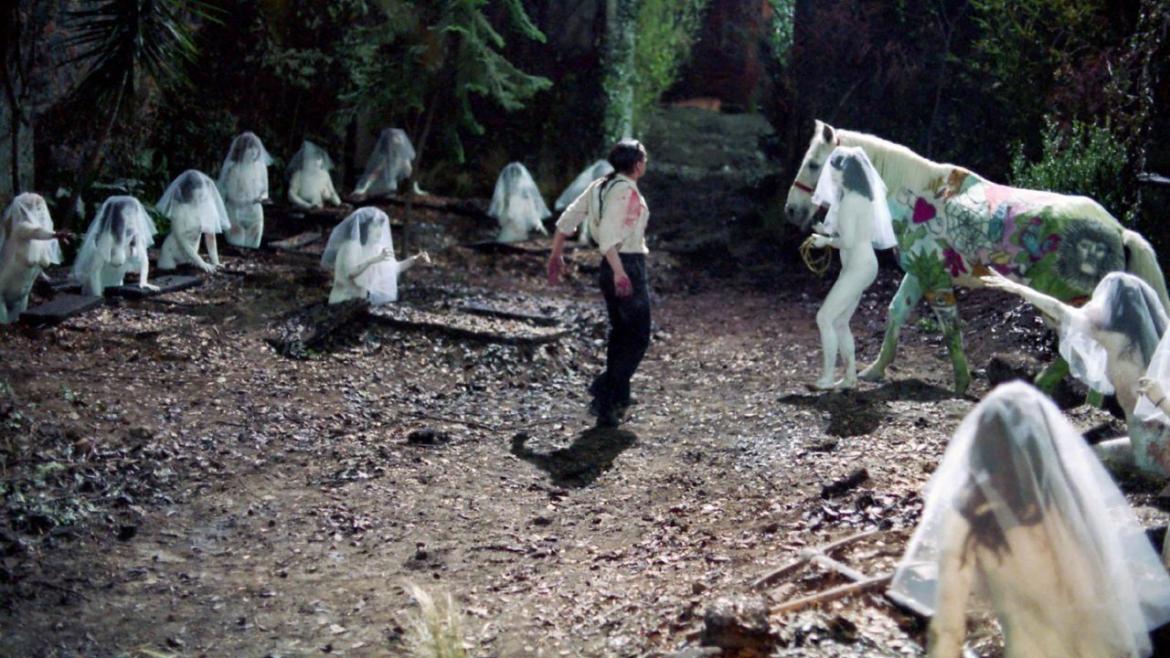 Some people would like to quantify horror as a simple genre that can be codified and labeled under everything that is slamming doors, grotesque monsters and poor character decisions. Jodorowsky’s Santa Sangre feels like a giant dagger in the chest of that belief. There’s nothing simple about this.

Santa Sangre is the story of a circus boy who witnesses the amputation of his mother at the hands of his deranged, philandering father. The story follows the boy and his development into the man who begins a series of bizarre murders, acting as hands to his mother taking violent revenge on the promiscuous women who dare to attempt to have carnal relations with him. When looked at from a plot detail perspective this would appear to be a not so distant cousin to most 80's slashers. Yet this is slasher surrealism.

There’s no doubt that this is a peculiar film, and one that is hard to quantify outright. Sure this movie could be considered experimental, and it most certainly is. Yet, there is a lyrical, relatable coherence to the whole thing that makes it something else entirely from the less incomprehensible works of Jodorowsky’s other work. A sense of horror that is both ethereal and grounded in a way his other films aren’t, this is a psychotropic Fellini nightmare, which makes this is many ways entry level avant-garde. A swift bizarre introduction to a world that is both similar and completely separate from our existence yet captures the stark realities of own horror and packages it in a veneer of whimsy.

There is a scene early in this film, where the circus boy comes out to discover that an elephant is dying, blood spraying from its trunk onto the steps of a building. The workers quickly drag the beast down, rip the body apart and feed it to the starving townspeople. The boy has just witnessed his father’s mutilation, his mother’s amputation and this is his inevitable fall from innocence into a darker more sinister world.

The scene is beautiful, disturbing, and ludicrous all at the same time. Yet these scenes can also alienate the viewer because of the shifting tone. There is little to no direct emotional pull through for the viewer which ultimately creates of a lack of connection to any of the characters.  Santa Sangre is a beautifully drawn avant-garde horror film and for the fan looking for something different is a great way to get your feet wet in a whole different world of horror.

Play Misty for Me