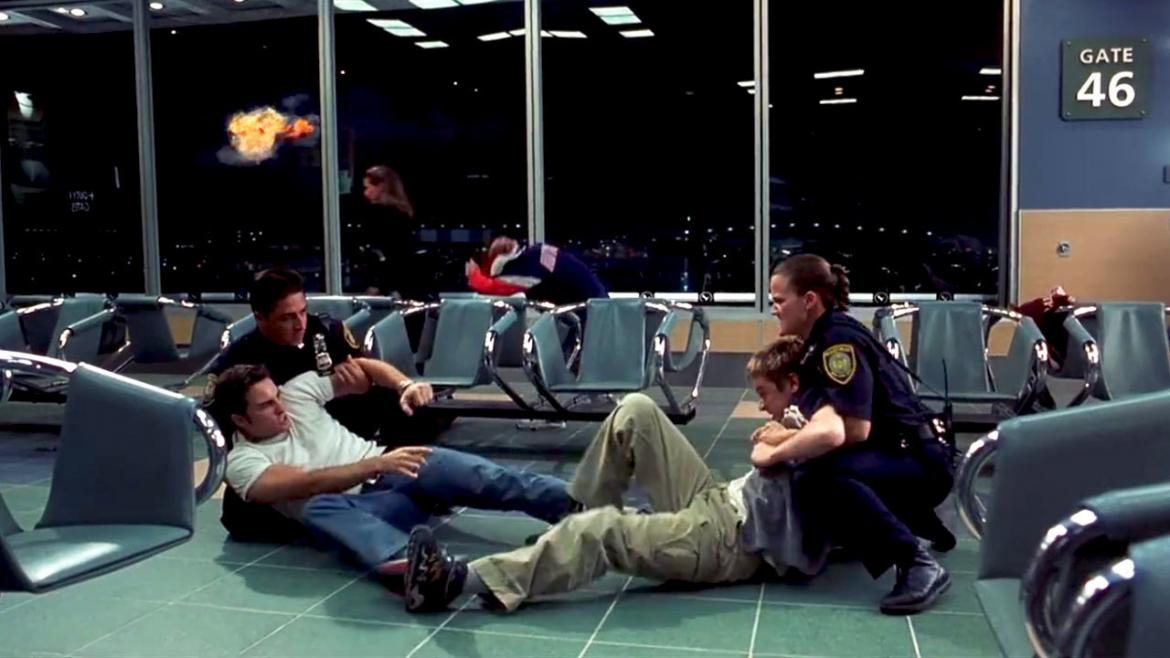 Say what you will, the Final Destination franchise has definitely made an impression on audiences over its run. The conceit is so simple that all it needs is a few tweaks here and there to make it bankable each time out. The slasher genre is crowded to be sure, but Final Destination was able to carve itself a niche in that market that kept people coming to the theater to see a new batch of pretty people offed in elaborate, sometimes hilarious ways.

Devin Sawa stars as Alex, one of many teens boarding a plane on a class trip to Paris. While on board Alex has a frightening dream about the plane exploding shortly after takeoff, freaks out and is removed from the plan with a handful of his peers. In the boarding area they watch as Alex’s premonition comes true and the plane explodes in midair. Now labeled as a freak Alex soon finds that Death is not finished with the survivors and is circling back around to finish the job.

The thing that Final Destination does right more than anything else is the building of tension. The elaborate setups for how Death is setting each victim up for their ultimate demise are all at once comical and eerie. The director, James Wong, plays off of well-known neuroses that have gone through everyone’s head at some point and time. The opening plane crash alone is enough to put those with a fear of flying on edge. The film also took a chance by making the antagonist of the film an invisible force, but present in the mood of each scene. However, by using Death as the “slasher” there is a clever use of shadows and camera tricks to hint to the audience that something supernatural is at play.

A victim of time, Final Destination now plays as if it were a made-for-TV movie- mainly due to its aged special effects and pre-CW cast. In the end, though it is soaked in palpable tension and a few decent kills, Final Destination isn’t nearly as spry as some of the younger entries in the franchise. However, as a jumping off point for fans new to the genre it’s still quite a bit of fun- in a grim kind of way.