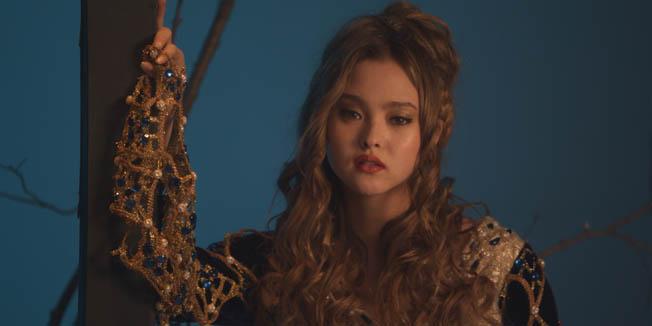 Versions of “Hamlet” have been staged with unlikely players ranging from cartoon lions, Bob and Doug Mackenzie, and Mel Gibson. So why not vampires? “Rosencrantz and Guildenstern are Undead” uses the bard’s story as the base for a free-wheeling mythology involving bloodsuckers, secret societies and the holy grail that hits a sweet spot between horror and comedy which wouldn’t feel out of place on a Joss Whedon show.

Julian is an out-of-work director who doesn’t do much else than bring strippers back to his apartment (actually a room in his dad’s medical office) and then lie to his ex-girlfriend about them. Fed up with his son’s lack of ambition, Julian’s dad forces him to apply for a job asking for a “human” to direct an off-Broadway adaptation of Hamlet called “Rosencrantz and Guildenstern are Undead”. The playwright, who will also be playing the role of Horatio, is a suspiciously pale Eastern European named Theo Horace who is always accompanied by a pair of beautiful female self-described “slaves”. Julian casts his best friend Vince as Hamlet and, in an attempt to win her back from her sleazy new boyfriend, casts his ex-girlfriend Anna as Ophelia.

Of course, Theo and his servants are vampires and this play is meant to serve two purposes. The first is to trap a large number of people in the theater for an opening-night feeding frenzy and the second is to lure the real Hamlet out of hiding. You see, Shakespeare’s “Hamlet” was actually a coded message based on the real-life struggles between ancient vampires Horatio and Hamlet. Since vampires can’t kill one another, Hamlet sought the Holy Grail in order to become an immortal human and kill Horatio in retaliation for Ophelia’s suicide. Through the years, the vampires have continued to send messages to one another in the form of plays, including W.S. Gilbert’s “Rosencrantz and Guildenstern” and Tom Stoppard’s “Rosencrantz and Guildenstern are Dead”, with Horace’s play as the final chapter.

All this dense backstory might sound a bit heady and meta and anyone without a basic knowledge of the story of Hamlet will probably be left scratching their head at points, but despite the Sophomore English overtones the film plays out light and very tongue-in-cheek. Much of the credit can be given to the great cast from John Ventimiglia (Artie Bucco from “The Sopranos”) as Theo to Ralph Macchio as the inventor of a device that (at last) gives men a manly way to clean their hands (just don’t point out that it’s really only a watergun). There’s also a brief cameo by Jeremy Sisto near the end as a garrulous homicide detective in a send up of his role on “Law & Order”. Even the lesser known faces in the cast do a great job of getting laughs and some of the funniest moments come from the two bumbling actors who play the title roles.

One criticism that might be leveled at the film is that the convoluted plot doesn’t quite stand up to close examination and it might not be as clever as it seems at first glance. Maybe a second watch would clear up some of the points of confusion (I’m still not entirely sure what the point of the coded messages in the plays were) but even so I’m willing to let a lot of the issues with the plot slide. This is first and foremost a comedy and even if the story didn’t always make sense, the laughs kept coming consistently. It so much fun hanging out with these characters that it’s hard to be overly concerned with how well the story holds together. It was clever enough for me, and I suspect will be clever enough for most viewers who aren’t inclined to dig through it looking for inconsistencies.

In the wake of the recent craze for inserting monsters into classic literature that was set off by “Pride and Prejudice and Zombies” it might be tempting to lump “Rosencrantz and Guildenstern are Undead” in with that lot. While they both have their roots in “look how clever I am” post-modernism, they differ completely in the delivery. With the books, once you’ve read the title, you’ve heard the entire joke. The text of the book is just more detail. In different hands, “Undead” could have used up its single joke in the title but it dodges that bullet by being consistently funny throughout. It helps if you’ve got a high tolerance for convoluted mythology and/or Shakespeare but “Rosencrantz and Guildenstern are Undead” is a prime example of a dumb comedy made by smart people.