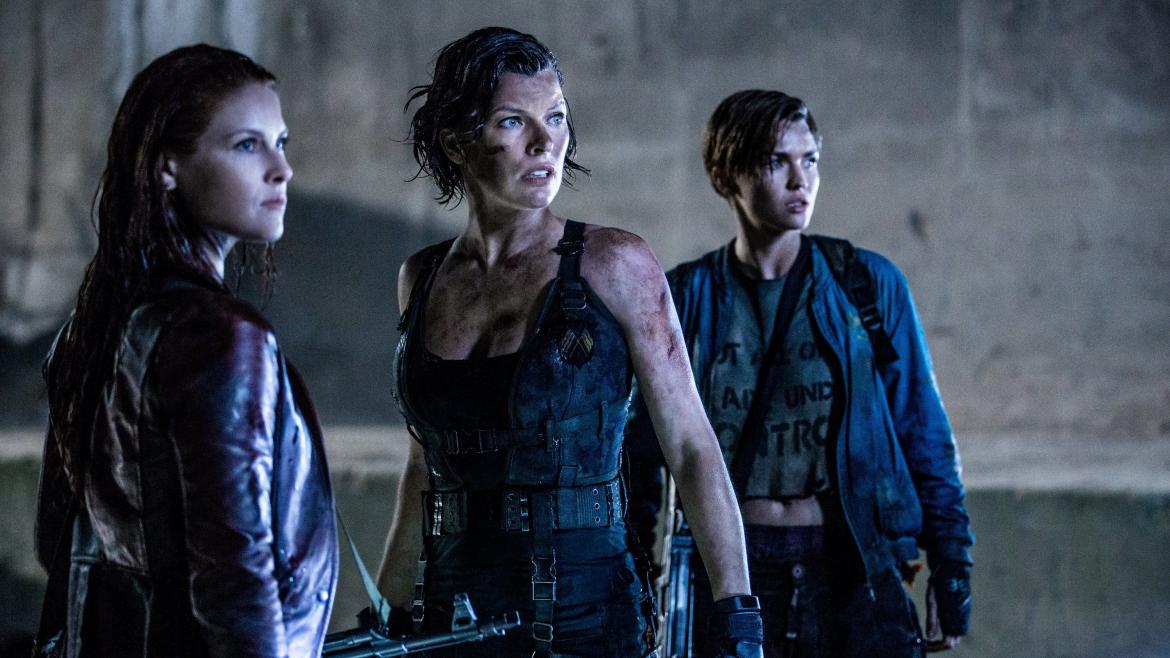 And so it comes to this. The seventh and supposed final chapter in the highest-grossing film video game adaptation in history; a notoriously pitiful wasteland in the cinematic spectrum. The series has often been ridiculous, poorly acted, and constructed. Yet it’s been able to overcome the odds to become a near goldmine especially in worldwide box office numbers where the franchise has earned over a billion dollars. What has allowed it to thrive when so many before and after have miserably failed is a question Hollywood is undoubtedly debating on a daily basis, so let’s all do them a favor and solve it here, shall we?

Resident Evil:The Final Chapter begins not where we last left off, in fact it starts seemingly in a whole other time and place. Here in a post-apocalyptic wasteland where the Umbrella Corporation has turned our beautiful world into a land where monsters roam free and humanity has become a waning commodity amidst the rubble of our once proud infrastructure. We find our beloved Alice (Milla Jovovich), strapped with a watch and fighting against time to find an anti-virus (yes there are one of those now) before the last light of humanity is snuffed from this earth.

We learn things along the way. Prepare yourself for nonsensical reveal after another, dear reader. And this is where I think the crux of the Resident Evil success is. Perhaps, the naming of Milla’s character is not a mistake. Alice is in the most absurd of absurdist wonderlands. The Resident Evil franchise does not give a shit. At times it does not even seem to give a shit about giving a shit, taking itself bafflingly serious and then abandoning that thought altogether and refusing to connect the dots to create even the approximation of coherency. This is a franchise that cares not about the head, nor even the heart, but the gut. This is almost instinctual film making at its very essence; born without heed to the constraints of conventional film making or reality.

For instance, take the editing in The Final Chapter. It is beyond reproach. If I gave my twin 9 month olds access to the files online and a pirated copy of iMovie they could create a better sense of lucid action. As a result in this film, one may not even be able to see what is happening and yet none of this matters. Not the editing, the shaking cam, nor the laughable, ludicrous plot.

This is a film and ultimately a series that is beyond the constraints of what should work. Like water, you drink it almost unnoticeably and without conviction but sooner or later it simply becomes a part of you. This is the BGH salute to the Resident Evil franchise. Here’s to 14 years of insanity.

Land of the Dead