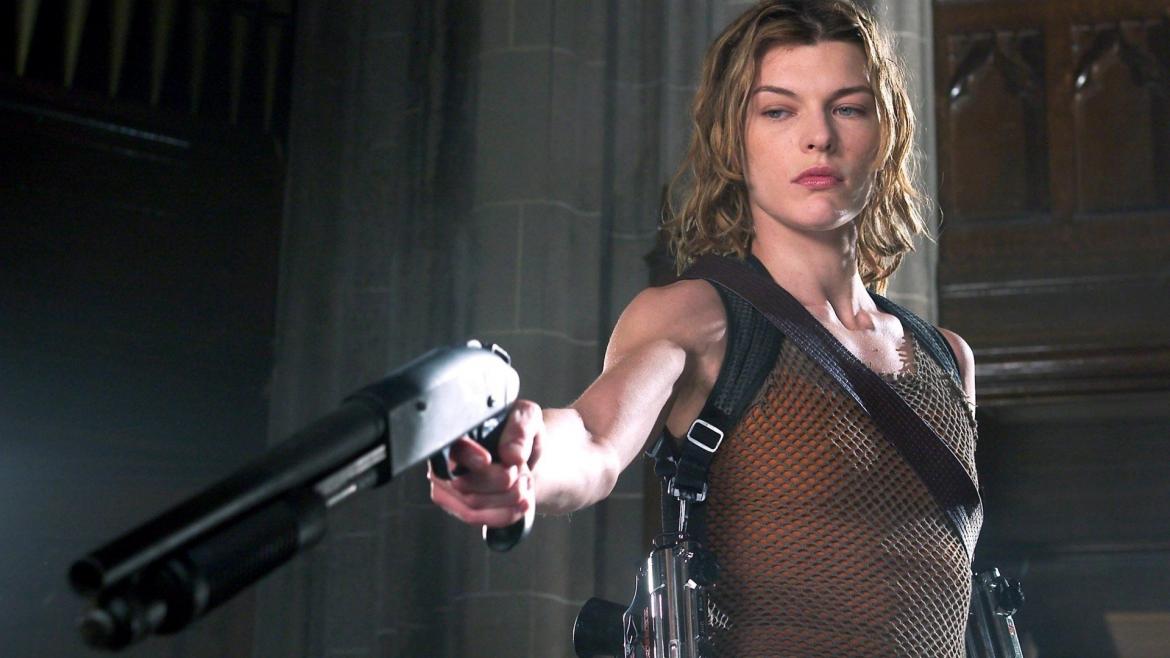 While the argument can be made that the first Resident Evil is the high-water mark of the videogame-to-cinema movement, no such arguments exist for its sequel, 2004’s Resident Evil: Apocalypse. There is a notable drop-off in quality as the franchise attempts to sidle closer to its videogame origins. As such, the action moves from the tight confines of the Hive, a high-tech underground research facility, to the streets of the town made famous by Capcom’s series: Raccoon City. There, Alice (Milla Jovovich) teams with a pair of cops pulled from the games to battle zombies, mutants, and – perhaps most dangerous of all – scheming corporate types.

Coming from someone with minimal Resident Evil videogame experience, the decision to shoehorn in Jill Valentine (Sienna Guillroy) and Carlos Olivera (Oded Fehr) isn’t worth it. Too much screen time is wasted cutting between Alice, Jill, and Carlos – all of whom are the same bland character. They’re distinguishable only by how much or little they wear and how much of a level-ten badass they are. While fans of the games may have gotten a kick out of seeing actors dress like characters they remember, that feeling was likely immediately overpowered by the realization that something had gone horribly, horribly wrong.

If you have to eliminate just one of them, it’s obviously Carlos, whose highlights include getting bitten by a zombie, being the head of a team of cops with outrageous accents, and wandering a lot. At least the two alpha females Jill and Alice have this fun, subtle back-and-forth where Alice constantly one-ups Jill.

With that script, Apocalypse was in trouble before even a second was filmed. Luckily for the screenwriter (and producer, and the director of part one) Paul W.S. Anderson, his issues didn’t wind up shooting an otherwise promising project in the head. If he didn’t ruin it, the technical side would have. First-time director Alexander Witt brings an abundance of eye-roll-worthy early 2000’s music video style to the film. His action sequences are horribly splintered by relentless cutting, masking what could have been otherwise cool fight choreography – especially between Alice and her almost Marvel-esque worse half, the villain Nemesis.

Witt also – for reasons unknown – often choses to blur and filter scenes within an inch of the lives. He slathers these effects on extra heavily during crucial scenes of zombies shuffling around aimlessly. The result is certainly distracting, just not distracting enough to cover up all of his film’s other shortcomings.

Quality-wise, Resident Evil: Apocalypse is more along the lines of what the phrase “based on the videogame” tends to inspire in moviegoers. The story is dumb – maybe only marginally dumber than what we received in the first film – however, the performances, characters, and action sequences are all vastly inferior. These failures are worsened by its frustrating and overwhelming technical decisions which can be placed at the feet of either its rookie director or franchise shepherd W.S. Anderson. Or both.

Shaun of the Dead