The Evil in Us (Movie Review) 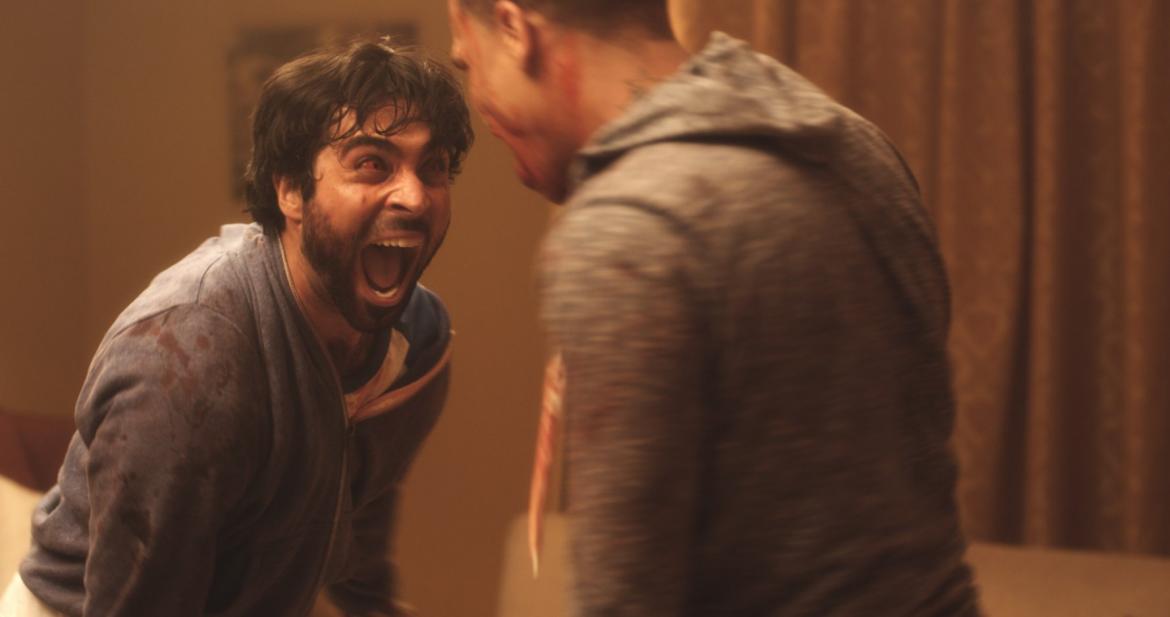 Drugs are bad, mmmk. Genetically altered drugs are--you guessed it--also bad, mmmk. Jason William Lee seems to have taken inspiration from all the drug fueled crazies inhabiting the Florida peninsula and channeled their shenanigans into the gruesomely entertaining if heavily cliched, The Evil in Us.

"It's not bath salts!" one of the characters exclaims following a night of drug filled partying in which one of the characters unwittingly brings some tainted cocaine for all to enjoy. The group of friends have a number of unresolved animosity for one another boiling beneath surface and it doesn't take long for the tainted drug to turn everyone against each other while also turning the users into mindless bloodthirsty animals.

Bath salts, cocaine, marijuana--Lee's pulled his story direct from the headlines of years gone by and sensationalized the horror of it all. The 90-minute exercise in drug fueled violence gives way to a deeper, political message. This particular twist has all the subtlety of a conspiracy nut blabbering his theories on YouTube to an audience of like-minded crazies, but it also gives the film an angle that leaves the viewer with something much more palatable than just a group of twenty-somethings slaughtering each other. Genre fans have seen the latter a hundred times over, but few filmmakers offer a cherry on top--even if the cherry does look pre-chewed.

Considerably low budget, Lee makes do with what he's got--shooting the action frenetically and utilizing a number of quick cuts. Two additional plot lines are interwoven with that of the partying bloodbath including a cop investigating the dealer of some of the tainted coke and a mysterious older man overseeing a facility in which it seems subjects have been inflicted with the drug. All three are connected in a way but only two of them intersect. Lee's specific agenda is at odds with some of the film's early potential as characters begin to turn on each other. Early scenes of repressed animosity being outwardly expressed provides palpable tension that's then derailed by said character turning into rage zombies--grunting, hopping around and wrestling which leads to some unintentional comedy. Regardless of personal preference, Lee's vision provides plenty of entertainment as the story bends for his needs as the finale injects much needed intrigue to the film's intentions.

The Evil In Us is one of the few slightly above average direct-to-video horror titles that scratches a very particular and hard to reach itch on the right day, for the right viewer, in the right mood. Save this one for that once in a blue moon uber-forgiving mood and it's bound to be a pleasant surprise.