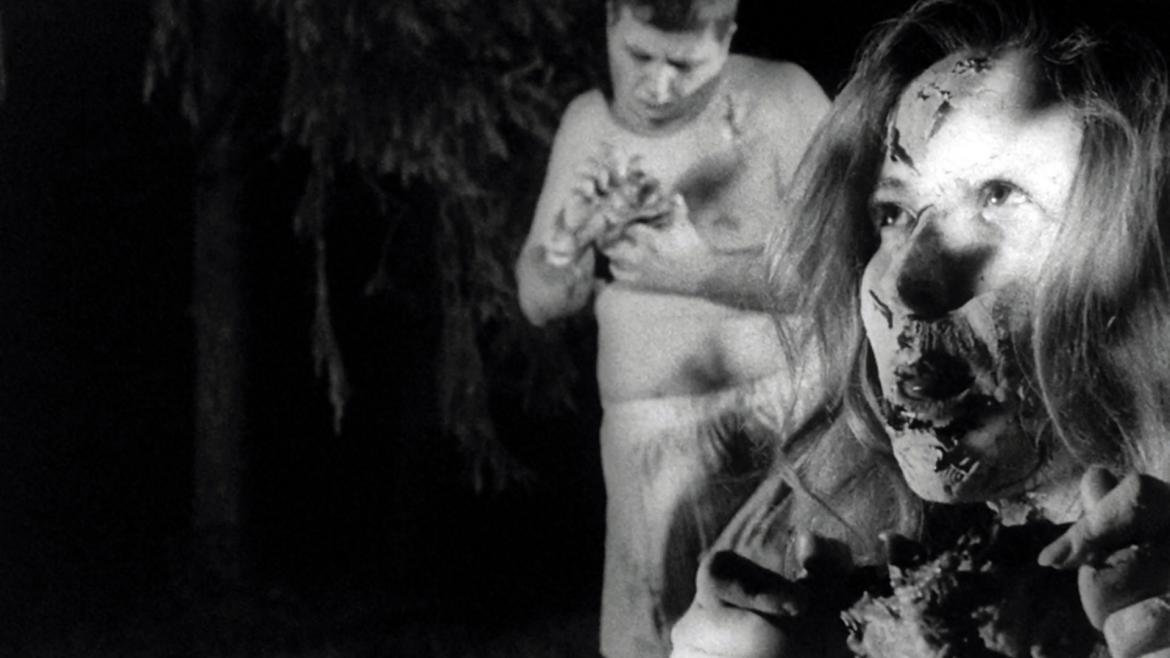 When one watches an older, classic horror film, it can sometimes be necessary to alter our expectations and frame of reference. The special effects may not be up to muster, the delicate sensibilities of its day may seem tame to modern audiences. The mark of a truly transcendent horror film is often apparent in how little the viewer needs to change their perspective to enjoy it. George Romero’s Night of the Living Dead is certainly such a film.

Released in black and white in 1968, this is a movie that could easily require a lot of caveats, or at least an understanding that while it was a trailblazing film in its day, it may feel bland or overwrought by today’s standards. Afterall, it is the movie that launched a million and one tales of undead hordes cannibalizing their victims.

While the word zombie doesn’t appear once in its ninety-seven minute runtime, the film’s shuffling masses lay the groundwork for a multitude of tropes to follow, including the insatiable appetite for human flesh, their seeming immunity to violence unless it destroys their brain, and the fact of the virus’ transmission through blood and saliva. And because this movie was the first of its kind, the horror on the character’s faces as they are confronted with each of these facts feels genuine. They don’t kill the little girl who has been bitten, rather, they try to nurse her back to health, only to have her turn. When Ben first drives a weapon through a zombie’s skull, he is visibly shaken.

Speaking of Ben, the casting of Duane Jones as our protagonist makes this film a rarity not only then, but now. Romero has stated repeatedly that he did not intend to make any sort of political statement with this choice, but that is hard to believe when watching the events and interactions of the film unfold. Placing a black man in the lead role, while not making any overt comments to his race was wholly out of the ordinary in 1968. Even more telling, Ben is a single man, not connected to any other character in the film, he comes to the farmhouse alone, without a wife or a child. These sorts of associations often serve as shorthand to make a black male character feel “safer” to a primarily white audience. And Romero goes further still, by drawing two parallels to real and genuine fears for Black Americans during the 1960’s.

About half an hour into the movie, when Ben tells Barbara about his first encounter with the ghouls, he recounts a story of driving along a road when he encountered a truck driving out of control. He looked frantically for help, for someone to acknowledge that something horrifying was happening, and found the whole place “had been encircled.” This story is incredibly poignant when one considers the real life dangers that a black motorist might have faced driving around, particularly after dark. In fact, from 1936-1963, the Green Book was published to tell Black drivers places that were safe to stop for lodging, food, or even gas when making long trips.

Additionally, one cannot discuss this film without making mention of its finale. For the entirety of the zombie siege, the inhabitants of the old farmhouse are waiting and praying for someone to come and help them. The more dire their circumstances get, the more desperately they cling to the hope that they will be rescued. As dawn breaks and Ben is the only survivor of the night’s events, we see groups of white men - police, National Guard, and other armed citizens - combing the countryside, searching for survivors. As we hear sirens approaching his hiding place, however, we can’t help but feel a sense of impending doom. As the police gather outside the house, they see Ben peer through the window and as a shot rings out, he falls to the ground. This is a scene that no doubt would have been shocking in 1968, and is no less horrifying now. In light of the murders of unarmed black men, women, and children that have been caught on camera in the last several years, this scene feels no less relevant. As the credits role, a series of still photos show the police enter the house, hoist Ben’s lifeless body by meat hooks, and throw him on a pyre with all the other undead, a visual representation of the horrific legacy of lynching. And it is with this sequence that the film ends.

In a year that saw the release and blockbuster success of Jordan Peale’s Get Out, we can see the groundwork even for his film in Romero’s 1968 classic, which could just as easily be called a “social thriller” as well. What makes Night of the Living Dead so incredible is that outside of it’s deeper messaging, it exists as a truly unsettling horror movie experience. The film’s music serves it well and its practical effects are not only well done, but shocking. This is a film that was incredibly gory and violent for its time, and its horror holds up.

While there is plenty of meat on this films bones (if you will) this is a movie that can just as easily be enjoyed simply as a scary movie, and it is this fact that makes this movie an eternal classic.

Anna and the Apocalypse