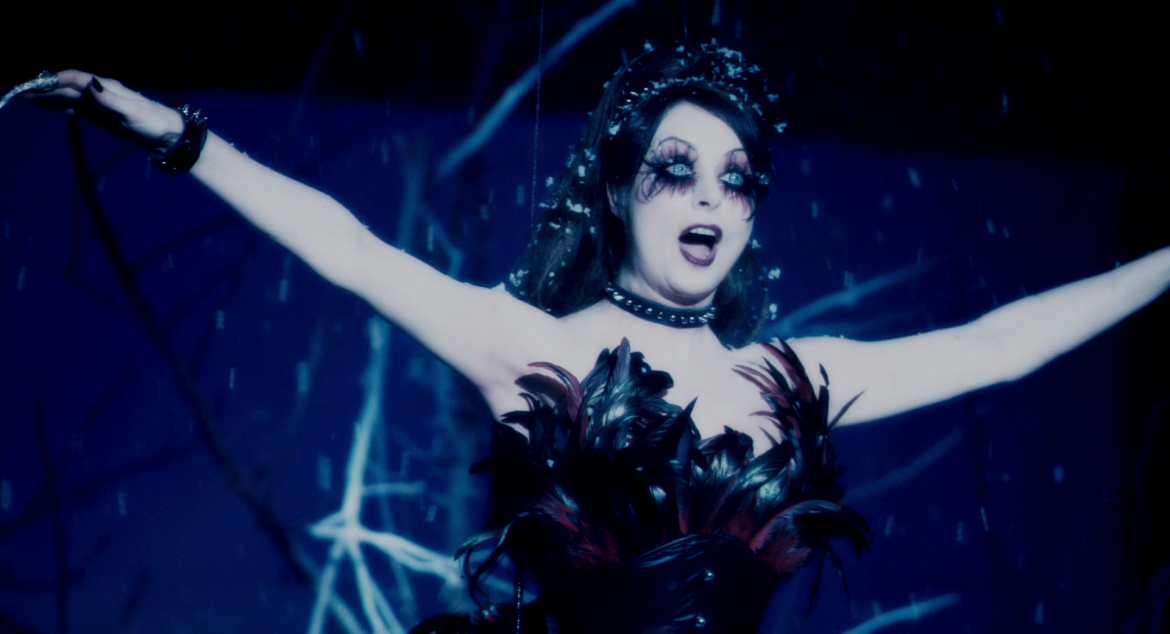 The 80's and 90's were largely a fallow time for the movie musical. The grand spectacle of the Studio Era was long past, and much of the creative energy around the genre in the 70's seemed to have waned. The last decade however, has been something of a renaissance, with films like "Chicago," "Dreamgirls," "Sweeney Todd," "Hairspray," and "Moulin Rouge" garnering both critical acclaim and box office success. Just this year, two different musicals ("High School Musical 3" and "Mamma Mia!") have cracked the top 30 in domestic box office revenue — signaling, if not a resurgence, then at least renewed interest in the genre.

This winter Darren Lynn Bousman entered into this revival with a musical the likes of which has not been seen since, well, maybe ever. Born of a creative collaboration between the director and the concept's originators — Darren Smith and Terrance Zdunich — "Repo! The Genetic Opera" combines dystopian, apocalyptic sci-fi with elements of horror and a whole lot of singing to arrive at something that is compelling if not always that enjoyable.

The most striking aspet of "Repo!" is its ambition. Set in the rotting urban interiors of some indiscriminate future, there's no part of today's reality that could substitute for a set and thus everything that ends up on screen had to be meticulously created by the filmmakers either on a sound stage or in a virtual environment. For the most part, this feat of cinematic trickery works well enough. Bousman's world feels coherent, if only expressionistically whole.

In this dirty, decaying cityscape we are quickly introduced to many characters who themselves seem in the midst of decay. The world has been beset by a plague that causes massive numbers of organ failures, and out of this global crisis a new corporation has arisen to meet the growing demand for functioning organs. This company, GeneCo, eventually comes to run the world of "Repo!" And they have gotten laws placed on the books that allow not only for organs to be purchased on credit, but for those organs to be repossessed if the payments are not met — which is where the repo man of the film's title gets his name.

We become enmeshed in two plotlines that eventually converge into one. The first involves GeneCo's founder and chief executive Rotti Largo, who is fatally ill and struggling with the question of who will take his place at the company's head. In competition for the job are Rotti's three children — Amber Sweet, Luigi and Pavi — who are each despicable in their own way. The other narrative thread involves GeneCo's repo man, Nathan Wallace, and his daughter Shiloh. Essentially, Shiloh's mother was once Rotti's love, but left him for Nathan. She then died in the process of giving birth to Shiloh, and so Nathan, who is a doctor by trade, keeps his daughter cloistered away so that no ill can befall her. He also keeps her in the dark about his grisly profession.

What was perhaps most off-putting about the "Repo" was the fact that unlike virtually any other musical one could name, there's no romantic arc that drives the story forward. Instead, the film substitutes the indefinite, angsty yearnings of Shiloh, who at 17 merely wants a modicum of freedom. It's this ill defined need to escape her father's ever watching eye that causes Shiloh to cross paths with the Largo's of GeneCo, and set into motion the film's events. What makes this storyline so awkward is the fact that Shiloh's motivations never seem to rise above petty teenage rebellion — there's no Romeo, and the fact that bad things happen to her when she leaves the house makes her father's concerns seem valid. Her rebellion fits well with the film's overall goth aesthetic, but requires some willingness on the part of the audience to just accept that that's how things are.

As the film barrels toward the third act, we're introduced to various other plot threads and characters who are woven in to varying degrees of success. There's Blind Mag, a performing slave to GeneCo because of her organ contract. There's the off-color and violent dalliances of the Largo's siblings, which make for fun scene setting, but do little for the overall story. And there's a whole subplot about an addictive painkiller that is removed from the bodies of corpses that sort of comes and goes but never really makes any important contributions. All these elements taken together feel like a film that grew out of a wild and fun idea, but was never as wholly conceived as it might have been. This feeling comes as well from the music that is often quite rocking, but fails to ever achieve any true depth. At its best the score sounds like a hard rock "story" album, but never like a fully-fleshed out musical.

The truly unavoidable comparison that must be made with "Repo!," is to Baz Lurhman's "Moulin Rouge." Bousman's direction and in fact the film's entire structure owes an enormous dept to the 2001 rock musical. "Repo!" has merely replaced a decadent and diseased Paris with a literally diseased future realm, and the central relationship of the writer and cabaret singer with the quasi-incestuous father-daughter dynamic. The primary antagonists: the controlling owner of the Moulin Rouge and the manipulative GeneCo CEO also seem cut from the same cloth. Finally, in both films the climax comes on a literal stage where the characters have all arrived together for a grand show. Where "Moulin Rouge" used winking opulence and ecstatic showiness, "Repo!" instead goes for the grindhouse aesthetic.

With Bousman at the helm, one would expect this grindhouse feel to extend into some over the top gore effects, and while there are several sequences of violence and goofy blood splatter, these scenes never seem to materialize into the kind of inside-genre-jokes that they might have. What Bousman did manage to pull off in creating "Repo's" overarching look was finding a cast that was willing to come in and do justice to an off-beat and challenging idea. Recognizable faces like Paul Sorvino and Bill Moseley do an admirable job, but it's the relatively new faces like Anthony Head, co-writer Terrance Zdunich, and Sarah Brightman who bring the strongest vocal performances. The biggest surprise of all is actually Paris Hilton, who as the body-obsessed Amber Sweet, actually looks and performs like a professional actress.

What should be pretty obvious to anyone familiar with this production is that "Repo!" is not really a film for everyone. There's a niche of horror fans and even musical fans who will find "Repo!" to be an invigorating, fun time. The reality is that as bad as the film wants to step into the space currently occupied by "Rocky Horror Picture Show," it's just not that good. It's unlikely that most people walking out of the theater will head to iTunes or (if they're of a certain age) to a music store to buy the "Repo!" soundtrack. There's few hooks here or fun lyrical turns to help create an organic audience around the music. It's certainly quite possible that two decades from now devotees will be lining up outside midnight showings dressed in over-the-top "Repo" attire, but if that does come to pass, it will likely be the same group of people who are lining up today to see film. And for everyone involved, that would probably be just fine.