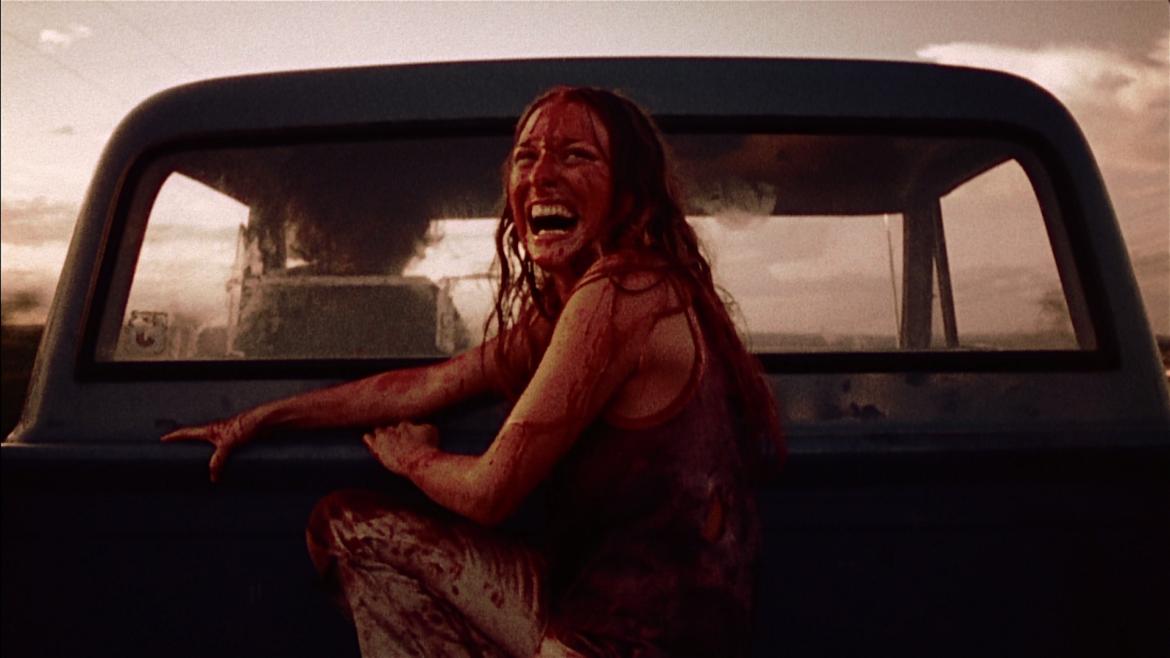 On a stifling summer day a group of five young people are driving through the bleak Texas plains looking for an old family homestead. With the spirit of the early seventies whistling through their heads they decide to pick up a hitchhiker. Unbeknownst to our five free-love sojourners this empty, sizzling stretch of Lone Star blacktop is drawing them into a hollow of unfathomable madness. Less than a day later all but one of them will be dead; victims of a family of Yellow Rose cannibals.

The original “The Texas Chainsaw Massacre” is the deep end of the American horror abyss. Grainy, dirty, and grueling, the movie is less gory than the name might suggest but every bit as grim as it sounds. What you might be surprised by is how well it has aged. If you aren’t married to a modern cinematic veneer you will find this film as fresh today as it was nearly 40 years ago. A big reason is that Tobe Hooper’s direction is sheer virtuosity. Unfortunately, Hooper has not even approached this level of excellence since then; but it is little wonder. ‘The Texas Chainsaw Massacre” is magical synthesis of the basic elements of film combined with an endlessly clever shooting style and one of the best soundtracks ever composed for any film. For all these reasons the picture is more than deserving of its landmark status. If you see only one movie during your lifetime with ‘Chainsaw’ in the title, it should be this one.