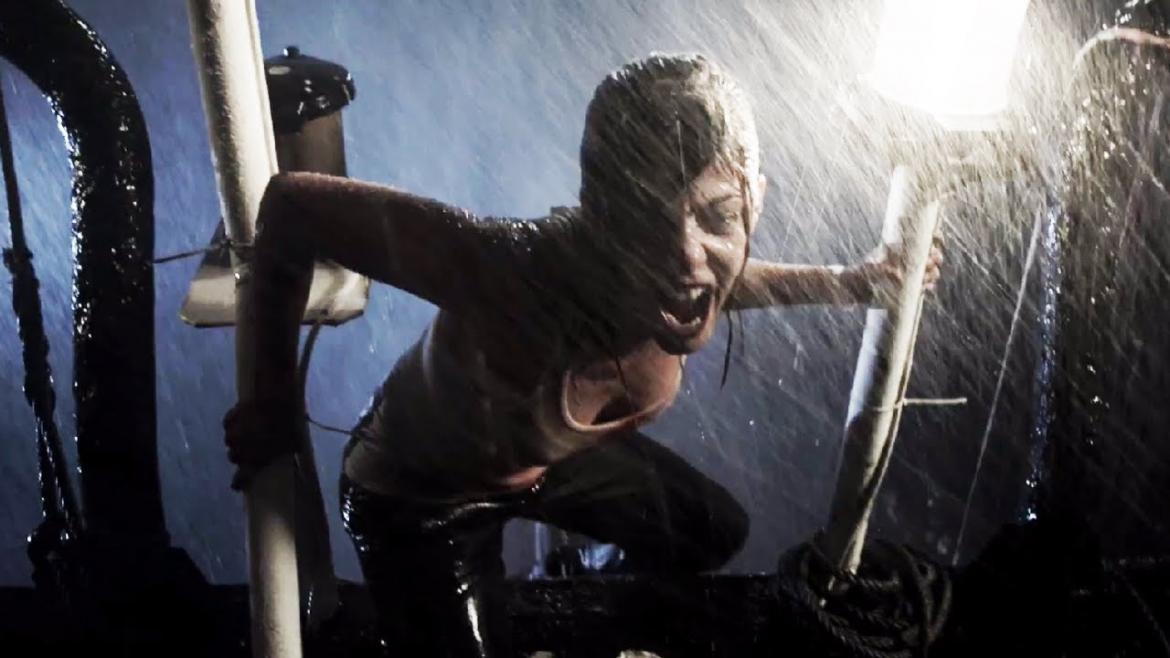 Sequels tend to flourish when they seek out their own direction. They maintain a certain amount of familiarity that was enjoyed with the first film, but raise the stakes and change the dynamics for the characters that helped make the original a success. [Rec] 3: Genesis is an example of a film that goes to that newer higher bar and successfully changes the entire landscape of what we are to expect. Featuring a SpongeBob rip-off, a considerable amount of carnage, and the backdrop of a massive Spanish wedding; all the elements fall into place for an exciting and energetic entry in the series that is wholly different than the prior versions. So going into [Rec] 4 I was expecting a lot. Perhaps they would cross the boundary even further into meta commentary or just ramp up the gore and mayhem to cover all of Europe. Instead [Rec] 4 goes smaller, confining the first film’s heroine to a naval ship where zombie shenanigans are surely afoot.

Picking up where [Rec] left off reporter Angela Vidal (Manuela Velasco) has been moved to a naval ship for quarantine and testing. Angela is aided in her search by Guzman (Paco Manzanedo) one of the officers that removed her from the building in the original film and brought her to safety. They begin to unravel a mystery as to what exactly is going on with the ship’s scientists and why they’ve been moved here for quarantine when they have cleared blood tests. Accompanied by other misfits from the ship the group begins to doubt allegiances once they start to face down a horde of zombie soldiers secluded to the ocean freighter.

There is no question that the film has ambition and some unique elements at play. It picks up directly after the events of the first [Rec] and maintains the same dark tone. The performances here a quite good, particularly Manuela Velasco’s rabid energy and survival instincts showcase a character whose been through quite a lot and isn’t ready to lay down and die just yet. Some comedy is present but it’s dry and doesn’t feature the same uproarious humor that was so delightful throughout the third installment of the series. The setting of the boat is interesting and the solitude adds to the weight of the drama at times, but the bleak interiors make characters difficult to define and the ship itself lacks any real character. Camerawork throughout is annoyingly shaky for a film that isn’t found footage, yet comes from found footage roots. It’s an unnecessary distraction that hinders every set piece and major zombie fight scene.

The film’s primary flaw is its lack of ingenuity. Its tone is bleak and somber but the mood is slow and boring. When it kicks into gear finally and the zombies start to flow through the ship the action underwhelms. Standard zombie material is rife throughout and the plot twists are predictable and uninspired. Nothing is flat out bad in the film, it just lacks energy and inspiration. Even the setting is cribbed from the Resident Evil film series and its foray into the ocean liner undead.

The film has a subtitle of Apocalypse despite there not being an ‘actual’ apocalypse that occurs. Perhaps because this is supposedly the last film in the franchise and it’s a cheeky way to say where the world of this series is going. [Rec] 4 is disappointing considering the daring way the first three films approached their storytelling and fresh takes on horror, but it’s also not a terrible film. There are moments of intrigue and fun, they just come with the weight of an overburdened story and bleak, boring atmosphere.