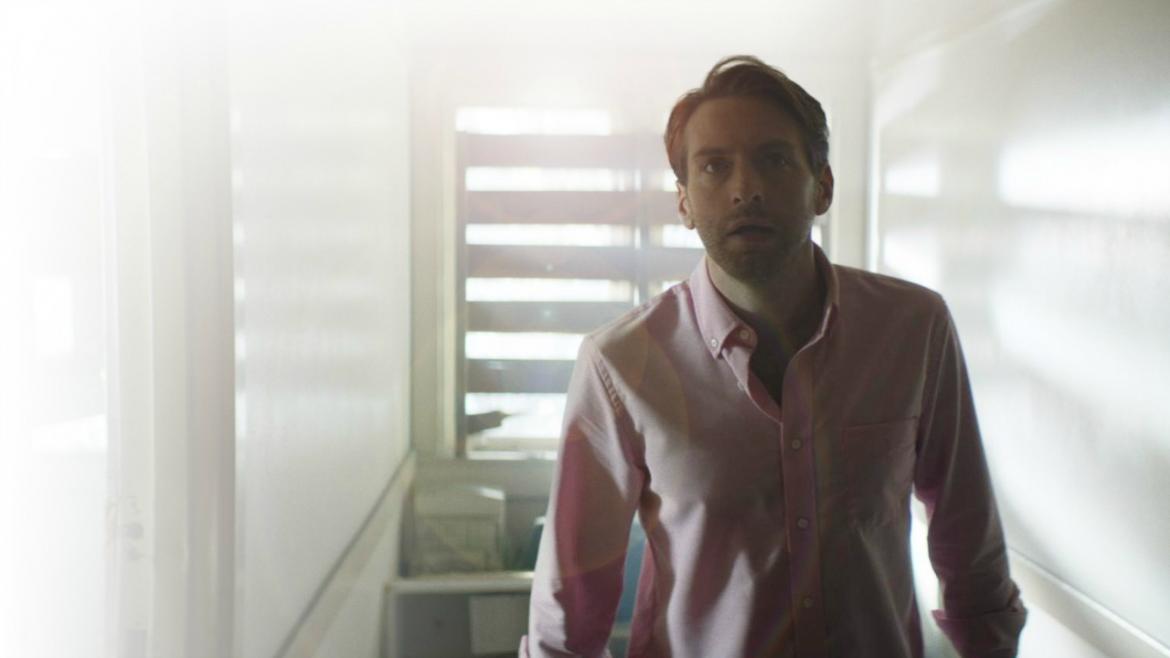 Kyle Madison is no drone. He has a cushy if vacuous job at a bank, a nice home, and a happy family life. But in the agile psychological thriller Rebirth, he’s still a target of his anti-establishment frenemy Zack, who lures him from repetitive bliss with the dangerous promise of a fuller, more authentic life. Think you’ve seen this movie before? You have, but the well-crafted Rebirth packs in a few twists that will surprise even jaded moviegoers.

In their college years, Zack and Kyle got high on shrooms and scrawled a manifesto on a legal pad in Sharpee marker, the gist of it being: Don’t sell out, always have fun. Soon after, their lives diverged, almost permanently. Zack dropped out and flitted from city to city, calling to calling, and Kyle got a bachelor’s degree, and then an MFA, eventually landing a gig writing tweets about mortgage offers.

But when Zack blows back into Kyle’s life touting the amazing, life enhancing benefits of a, er, “weekend seminar” called Rebirth, it doesn’t take much to get Kyle to take a bite of the apple. Kyle kisses his wife goodbye, trots off to a nice hotel, and is quickly dispatched on a bus full of strangers to a bizarre compound in which every hallway and every boarded up room contains psychological traps engineered to either liberate or torment Kyle, or both.

The long and empty corridors are full of echoes of older, richer movies, but Rebirth has several devices working for it, not least among them that director Karl Mueller carefully aligns Kyle’s skepticism with your own--don’t worry, he knows you’ve already seen The Game. From the early, bro-packed rallies, through Kyle’s efforts to call bullshit on the Rebirth movement’s wackier employees, to his uneasy attempts at escape, Mueller gets you to stand exactly where he wants you. Even if you guess when and how the rug’s gonna get pulled, it’s still a fun ride.

And what about “the point”? Is there one? And does it enhance or weaken the carefully manipulated cat and mouse game when it’s finally revealed? I think Rebirth is something of a Rorschach test, but I also think that ascribing too much intelligence to it means that you’ve fallen for its enthusiasm about its own showmanship. The movie feels less potent when it struggles to satirize multiple things at once (scientology and pyramid schemes and capitalism and clean eating trends), like it wants too much credit for being about whatever it is you--yes, you! Smartie! You watching right now!--think it’s about. At its nastiest (and shrewdest) it seems to be mocking anyone who's ever hoped for a better life for themselves, but its power to hold you captive for as long as it does is credit to its well built design. And in the words of its founder: You can leave any time you want.