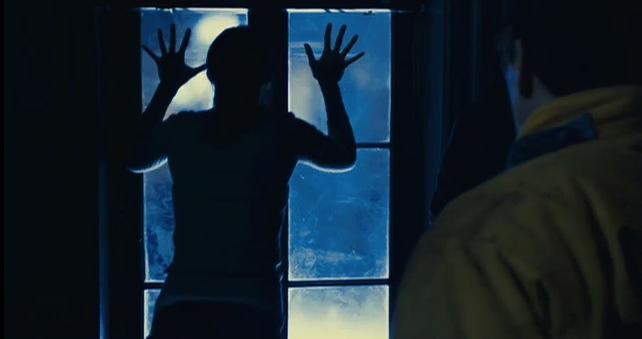 It's regrettable that when reviewing horror movies these days, one more often then not has to decide whether to address the film solely on its own merits or to discuss it in context with an original film that has been remade. In the case of "Quarantine," that decision is not nearly as difficult for a number of reasons. Foremost, the film's screenwriters — Drew Dowdle along with John Dowdle, who also directed — chose to duplicate the original film, "[Rec]," almost shot for shot. And secondly, this new edition, which amounts to little more than an English version of a Spanish film, comes so quickly after the first film. Indeed, in less than a year, Vertigo Entertainment and Screen Gems (both companies that have had success at the horror and remake game) turned another foreign hit into a potent and effective American horror film.

"Quarantine's" success was more or less a formality once the brilliantly simple formula was down on paper. In retrospect, it's hard to believe that no one thought of it sooner. A TV life-style reporter, working for a show about quirky nighttime jobs, opens the film with an introduction about the latest episode, which will feature a night at the firehouse. The reporter, Angela (Jennifer Carpenter), and her cameraman, Scott (Steve Harris), plan on following around a pair of firemen, Jake (Jay Hernandez) and Fletch (Johnathon Schaech) as they go about their nightly routine. When they arrive at an LA apartment building for what seems like a run-of-the-mill "elderly woman in need of assistance" call, however, things begin to unravel rapidly. Angela and company are subsequently sealed inside the apartment building by the CDC and local authorities and informed that there is some kind of contagion that cannot be allowed to escape.

The contagion, we come to realize quite quickly, is not nearly as important as the setting. While the blood-thirsty, rage-virus infected individuals inside the apartment complex present a very real threat, it is the forces outside, acting to keep the residents contained, that provide the real horror for the film. If not for the pervasive claustrophobic feel, "Quarantine" would be nearly identical to any number of modern zombie films. But with the added dimension of the forced confinement, "Quarantine" becomes a mix of some of the best aspects of the original "Dawn" and "Day of the Dead", and films like "28 Days Later." Here we're struck with the impending dread of death, which becomes almost a certainty, at the same time that the violence around the characters continues to escalate.

Of course, overshadowing most of these elements is the one, central issue that I've been dancing around till now: the first person camera. Following so closely on the heels of "Diary of the Dead" and "Cloverfield," there is a risk that many will write "Quarantine" off as just another entry in the fad of making these extended vérité horror films. And while, it may well be part of a fad, writing this film off in particular would be a shame, because it may be the most effective of the bunch, at least in deploying its first person perspective.

All first person films, and horror films in particular, have one major hurdle to get over that comes when the audience asks "Why the hell are they filming this stuff anyway?" For "Quarantine" that question is answered up front by couching the film inside the TV show production. In the beginning, Angela and Scott are simply filming because that's their job. As the situation escalates, Angela makes very clear that now Scott must continue filming so that there will be a record of what is happening.

The residents' detention is extreme, and in a country where civil rights still have some legitimacy, that type of unlawful imprisonment would be cause for concern. That raison d'être starts to fall apart towards the film's climax, when survival really seems to be in doubt, but by then the power to the building has been shut off and the camera's spotlight and night vision accessory become the only means of seeing. Reading all this, it might sound a bit forced, and in everyday reality, you'd probably be right. But in the reality of the film everything flows smoothly, which is all that matters. Compared to Romero's "Diary" or even "Cloverfield," with it's young adult cameraman, "Quarantine's" use of the first person device seems far less gimmicky, and is far easier to buy into as a viewer.

Like a majority of the film, this camera decision was a hold-over from "[Rec]," and like most aspects, the decision works at least as well as it did in the original. There were though, some aspects and small changes that detracted from "[Rec]'s" strength. Most notable among these negative changes was the addition — or perhaps just fleshing out — of several characters. The original ran a trim 80 minutes, maybe less, and with "Quarantine" there were several places where steps were taken to try to make the film more robust. What this achieves instead is a slight hiccup in pacing: ultimately making the film 15 minutes longer, but also a little bumpier along the way. The film's opening sequence in the firehouse also felt a little stretched, which ostensibly gave us a chance to meet the characters, but really must delayed the action.

These few losses in translation are largely compensated for by some streamlining toward the film's conclusion, as well as some added death scenes — a bonus side effect of more characters. And while there is no budget information on "[Rec]," it's a safe bet that "Quarantine's" $12 million was much greater than its forebearer's. This shows, in a positive way, in some of the action and special effects. But it should also be said that it never goes overboard, as the director does a fine job of reigning in any impulse to lean on CGI.

It almost feels strange to say, but this is one of the remakes that I'll put in the win column. While I won't say that "Quarantine" is better than "[Rec]," because I still would give the latter the edge in acting and (obviously) originality, the former succeeds by not rocking the boat too much, and by cleaning up some of the few places where the original could be improved upon. The fact of the matter is that for most viewers, "[Rec]" probably hasn't become a cult hit yet. And so the quick production turnaround of less than a year will allow "Quarantine" to reach many viewers not necessarily as a remake, but just as any other horror film. And if judged by those standards alone, it's hard not to be impressed by what "Quarantine" brings to the table.