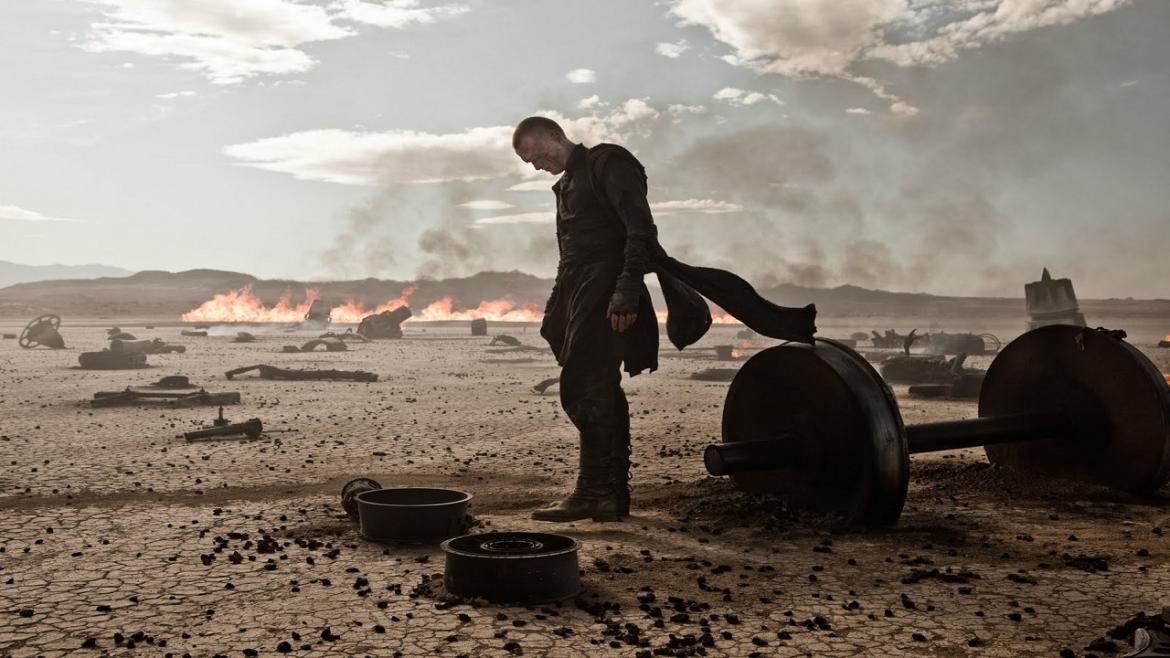 Very loosely based on the 1998 manhwa of the same name, Priest is a 2011 action-sci-fi-horror-western-vampire movie that is astonishing in its ability to simultaneously be reminiscent and unmemorable.

Not wasting any time that might better utilized for dark brooding poses and nonsensical one liners that scarcely make any logical sense, Priest informs us of all the requisite exposition through some animation that is very much inspired by the artwork in the original comic. This animation sequence in the beginning is by the far the closest thing to a bold artistic decision that was made in this movie, unfortunately it only lasts a few moments as we are ushered into the life of Priest (Paul Bettany) who lives in a dystopian future where this is a truce between the protectors of the realm; the priests who are a cross between a religious organization and supernatural ninjas with throwing stars; and the monstrous vampires who enslave people and eat them. This quickly changes as the main character discovers that the vampires, lead by Black Hat (Karl Urban) have captured his niece and are up to no good. So he must break all the rules to battle the bad guys and become a hero.

I’d be hard pressed to find you a movie more derivative, pointless and predictable than Priest. This is a film that isn’t even interested in its own questions. Take a scene in the middle of the movie. Hicks (Cam Gigandet perfectly cast for additional blandness), the cowboy sidekick who asks where the vampires could have disappeared too. A single beat does not pass before Priest points at railroad tracks and they are off chasing a train.

This film does not wait for tension, character building, or anything resembling a well formed thought. This film has places to go, and those places are action set pieces that seem lifted whole cloth from other, better films with greater stakes. And in that strange way, Priest is the perfect film to get drunk on your couch on a rainy Sunday afternoon and watch on cable.

You can’t possible miss a thing in this film. You could fall asleep for twenty minutes of its eighty-seven minute run time and understand exactly what is happening. If I wanted to make a clip reel of every Hollywood cliché for someone I just discovered living in a cave to catch them up on summer blockbusters, I wouldn’t need to. Someone already made Priest.

Let The Right One In