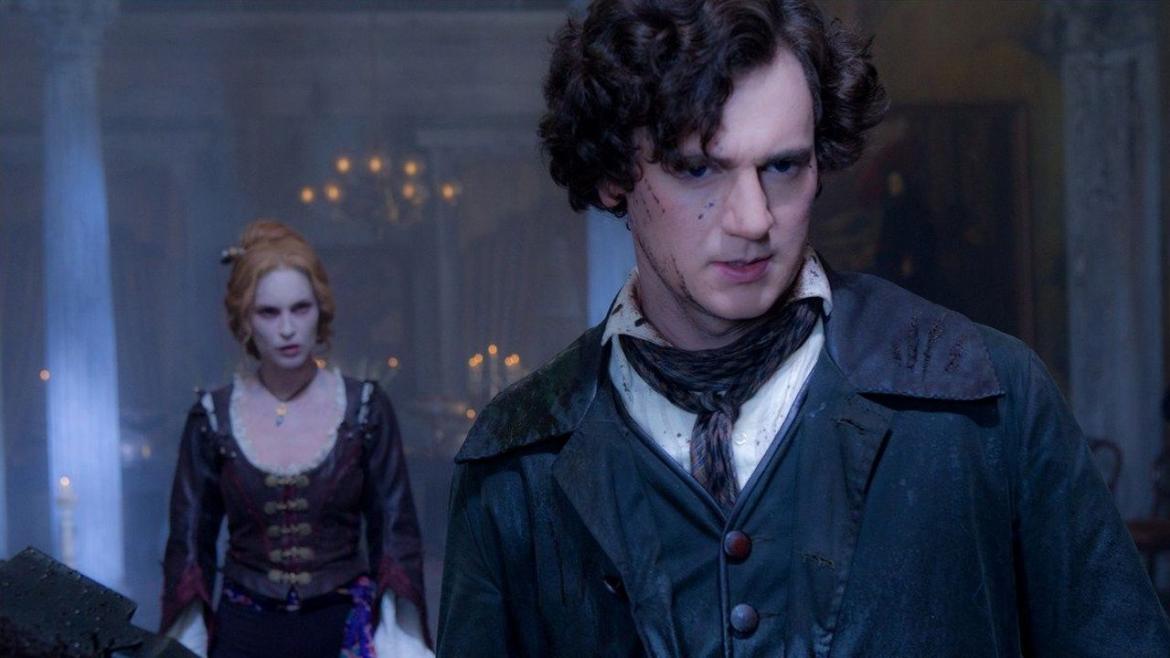 With the pedigree of youth these days who still think Titanic was just a fictional yet tragic love story directed by James Cameron, it's not outside the realm of possibility that somewhere someone believes Abe Lincoln was a slayer of the supernatural creature of the night. The same bewildered stares can be unleashed on anyone who devotes time to watching Abraham Lincoln: Vampire Hunter and with a straight face say, "That was so unrealistic!" Believe you me, there are issues plaguing this particular Seth Grahame-Smith adaptation, but realism is not one of them.

Based on Smith's book of the same name on a script by Smith himself, the film follows the fictional exploits of one our nations most prolific leaders and his secret life lopping off the heads of vampires. With history at the forefront of the set-pieces the story wraps around many iconic (and invented backstory) pinpoints with a supernatural twist that's- let's face it- ridiculous to be sure, but a whole lot of fun at the same time.

Timur Bekmambetov's film and Smith's script weaves a bit of a different yarn from the book, but is aided still by some of Lincoln's journal entries that take voiceover form in the film. Dialogue, unfortunately, is not one of Smith's strong suits when it comes to writing, so the film suffers when it deviates from Lincoln's monologues in favor of something with a little more cheese. Some of the book's detailed hunting sequences are chopped out to make room for a more action heavy approach- specifically two extended set pieces with less than stellar special effects, but an amped up fun-o-meter.

The film adaptation has the marks of being slapped together without much thought to character developments. By leaning heavily toward making Lincoln an action hero many of the film's side characters are short changed. Dominic Cooper as Lincoln's vampire confidant, Henry, is particularly left hollow, which is a shame because as a character he could have offered a unique conduit into the life and times of Lincoln and his vampire slaying alter-ego. Smith's novel, while not high minded literature in and of itself at least offered a more in-depth look in Lincoln as a character; an idea lost on the film, suggesting Smith himself barely understood what bookworms liked about his book. Still, Benjamin Walker manages to carry the film on his capable axe wielding shoulders, giving the proceedings a straight-faced strong-jawed hero with just enough edge to spare.

Abraham Lincoln: Vampire Hunter is slightly too easy a target to levy any significant complaints against it. In spite of its flaws the fact remains that the film is- in the end- a lot of fun. When all is said and done, when the axe starts flying and characters refrain from opening their mouths it's undeniable how satisfying it is to see Honest Abe hacking his way through hordes of vampires.