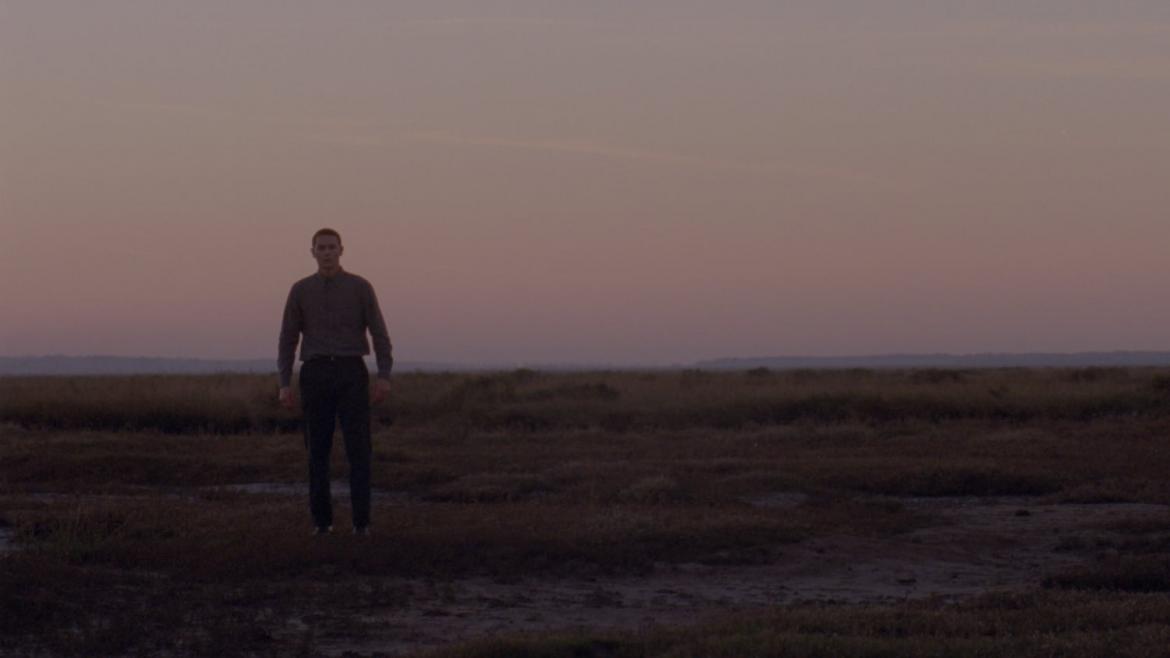 Decrypting a successful formula for infectious children's entertainment isn't exactly a headscratcher. Bright colors, happy music, whimsical and cuddly character, and a slew of paint-by-number rhymes and boom, you've got yourself a joy that makes parents' mornings a living nightmare. Something tells me that Sean Harris' struggling children's puppeteer character, Philip, didn't get that memo. The depressed puppeteer lugs around the most terrifying puppet that is sure to give kids and adults alike nightmares until the end of time...and its one of Possum's greatest strengths.

To be fair, it's not like Philip seems to have lived a charmed, happy-go-lucky life. He's carrying around some form of guilt, shame, or another weighing sense of self-disgust that he's returned home to confront. All of it seems to hinge on his step-father, Maurice, who's grimace is so relentlessly intense even Clint Eastwood's character from Gran Torino would say, "Hey man, relax a little." As the local community grows increasingly on edge following a teen's disappearance, Phillip and Maurice trade uncomfortable exchanges while Philip carries around his nightmare fuel spider intent on destroying it.

Matthew Holness' feature debut's aimlessness may simply be a calculated product due to the film's lost protagonist. Phillip, played dutifully by Harris, is not a happy man. He is clearly plagued by a lifetime of various traumas. Yet the film does spend a little too much time following the man as he walks from place to place behaving in a bizarre manner, stuffing his half human half spider puppet into tubs of fire and water in attempts to dispose of it, only to have it appear intact. The fractured nature of the narrative makes it hard to know exactly where this is all going, though there will be an inkling as to the horrible realizations that will be made.

Possum isn't a particularly flashy art house calling card for Mission Impossible's most recent villain, Harris. His performance is quite good, but all things considered it's a fairly quiet exercise in a man trying to repress deep seeded wounds. In the process of doing so the film places, at its center, a prop that is so visually upsetting it's hard not to imagine it making an appearance in your upcoming nightmares. The spider puppet, with its human head and long tattered legs, is frequently seen in Philip's imagination peeking around corners and charging him from a distance. Yet, we as the audience develop a fairly clear understanding that the puppet itself is not actually coming to life and tormenting its damaged creator. It's because of that understanding that the tension involved in these scenes isn't as heightened as it could be. Instead, the Muppet from Hell is merely a plot device which supposedly resembles the darkness and struggles our main character is trying to confront and/or destroy. The film only very mildly provides closure on that front.

As a peculiar exploration of long avoided personal demons Possum at least succeeds by presenting the content in unique fashion. However, its overall impact and ability to engage flutters in and out, only coming to life when it personally assaults you with its hellish mascot. If you hated spiders before, then Possum isn't likely to provide you with the particular warm fuzzies you so seek.