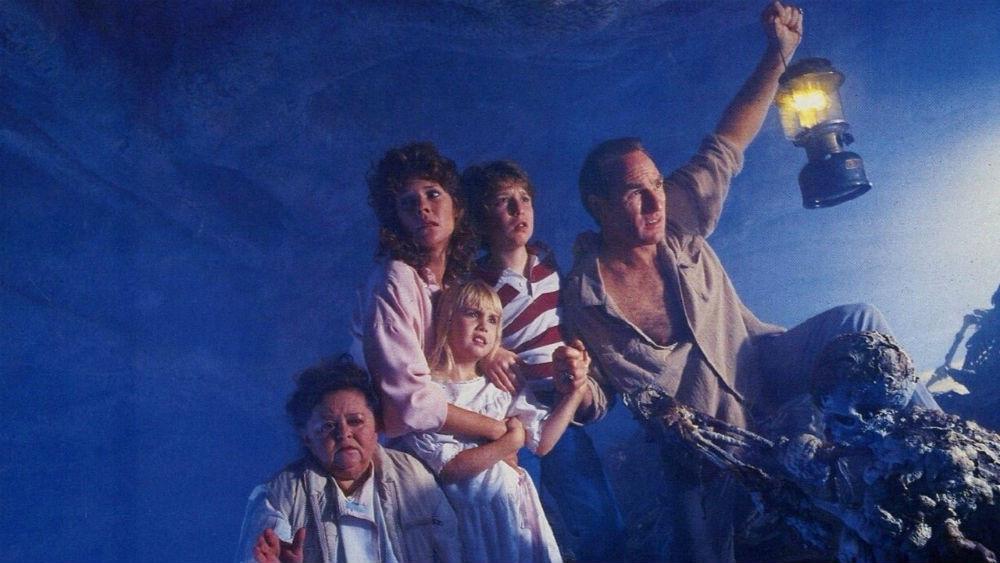 Poltergeist II: The Other Side (Movie Review)

With the Conjuring sequel raking in big money at the box office, Patrick Wilson and Vera Farmiga’s fictionalized portrayals of Ed and Lorraine Warren are the current First Family of haunted house movies. But two decades ago, audiences were enthralled with another family battling ghosts; the Freelings. Following Steven Spielberg and Tobe Hooper’s brilliant Poltergeist, the Freeling family returned with a different location and a new set of problems in Poltergeist II: The Other Side.

When we last saw our heroes, their beautiful Cuesta Verde home had been completely destroyed, and the family was checking into a hotel as credits rolled. When 1986’s Poltergeist II begins, the Freelings are living in Diane’s (JoBeth Williams) mother’s home. Diane and Steve (Craig T. Nelson, sporting a glorious mullet which, inexplicably, disappears early on in the film), daughter Carol Anne (Heather O’Rourke), and son Robbie (Oliver Robins) are trying to put their supernatural past behind them. Little do they know that Carol Anne’s previous visit to the ‘other side’ released spirits who feel that she can take them into the light. A Native American shaman named Taylor (Will Sampson) learns of the plan of these spirits, led by an evil preacher named Kane, who killed his own congregation. With the help of the diminutive medium Tangina (Zelda Rubenstein), Taylor convinces the Freelings to let him help them battle these forces.

It would be hard to top - or even equal - the original Poltergeist, but director Brian Gibson and crew do a good job of crafting a worthy sequel. Everything starts with Diane and Steve; Williams and Nelson have such fantastic chemistry that you truly feel they are a real couple. The love they have for one another and their children helps keep the viewer invested in their story and their plight. The late Heather O’Rourke is good as Carol Anne, and Robbie is as whiny as ever with a little teen awkwardness added in to spice things up.

A major difference in this second installment is that we have a villain with a face this time rather than most of the ghosts being unseen in the original film. That face belongs to Reverend Kane, brilliantly portrayed by Julian Beck. Beck was literally dying during production. His body was ravaged by cancer, and his sunken cheeks and bulging eyes truly give the appearance of a dead man. He is terrifying while on screen.

The filmmakers came up with many ways to torture and terrorize the protagonists. The standout scene involves Steve trying to drink away his problems with a bottle of tequila. He swallows the worm, which transforms inside his body, causing him to vomit out a giant worm creature. The creature seems to be part human, and crawls away on partially formed limbs. This bizarre effect is more disturbing than anything I’ve seen in a new horror film in some time. Less effective is the inevitable trip to the other side. The visual FX appear very dated and would probably result in giggles from modern audiences.

Though not quite on the level of its predecessor, Poltergeist II: The Other Side is a movie fans of the original, as well as horror fans who are into the current wave of haunted house flicks, would most likely enjoy. It’s well acted, the story is good, and there are some genuine scares. Younger viewers, especially, may also get to see where so much of the inspiration for the Waniverse came from.