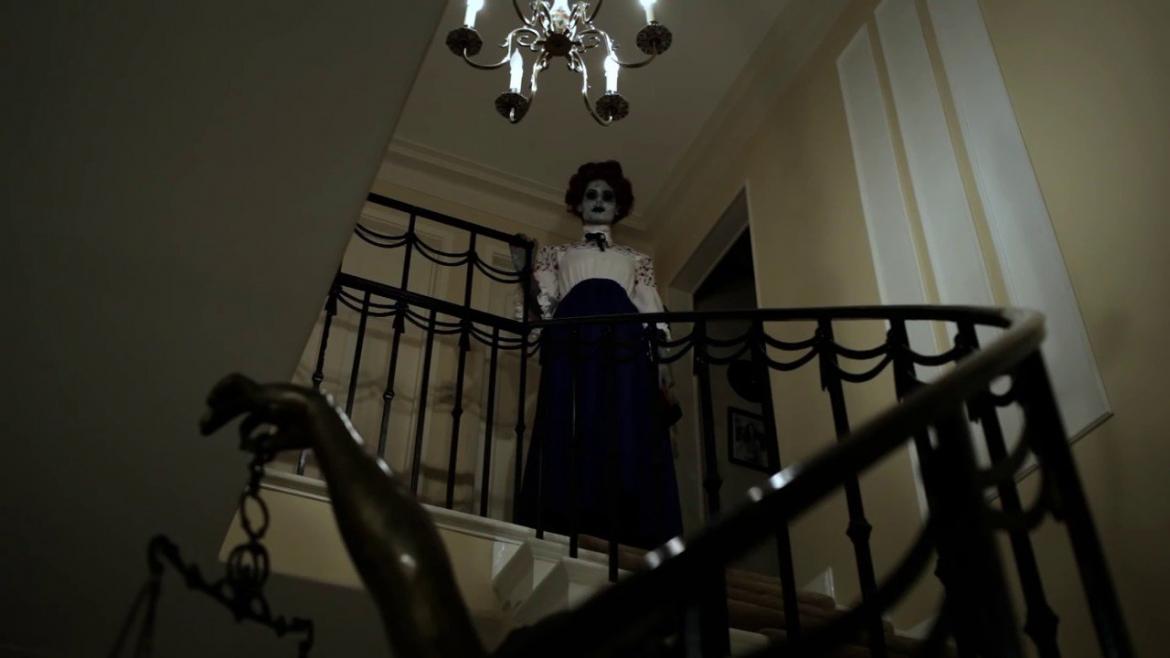 Most adults have probably had nightmares that play out like the plot of American Poltergeist. Not the “I’m in cahoots with a centuries-old demon” part, but the part where, as a grown up, you allow a group of college students to live with you in your house. Who hasn’t woken up in a cold sweat, furiously panting: “What have I done? They keep insane hours and don’t clean up after themselves!” Just me? Well, if the idea of turning your home into a co-ed dorm and playing den mother to rambunctious twenty-somethings doesn’t terrify you, then there’s little hope anything else that happens during the amateurish fiasco that is American Poltergeist will either.

As soon as they move in, the kids immediately spend almost the rest of the movie planning for a giant party because of course they do. As that’s going on, one of them starts having visions of dead bodies and another starts sleep-walking herself into locked rooms. Eventually it’s revealed these terrifying living accommodations were all part of some scheme involving demons, confused lineages, crooked cops, and one of history’s favorite lady killers.

Perhaps the best way to think of American Poltergeist is as Birdemic: Shock and Terror without the Birdemic part. That’s more or less the level of quality you can expect from first time feature director Mike Rutkowski’s film. For example, there is a jump scare in American Poltergeist that we witness from the point of view of a person standing directly behind the person being jump-scared. This translates to a tight shot of the back of a person’s head, centered on screen, which we stare at for an endless amount of time until something jumps out at them. Something we never see because, again, all we can see is the back of someone’s head.

Rutkowski is not a great director. His framing challenges extend well beyond the above jump scare, giving his traditionally-shot movie an oddly found footage look. These struggles are matched only by his struggles as a writer. Together with co-writer Nicole Holland, Rutkowski gifts us with some truly inspired nonsense lines like: “John couldn’t have any children. You were his only daughter.” There are also robotic gems such as: “We’re going to the store to get food and drink for Nikki’s party.” As pervasively bad as the acting is – and it is terrible – you’re starting at a deficit when you’ve given lines like that.

American Poltergeist falls into the ever-increasing – and increasingly-tiresome – category of movies whose aspirations never seem to rise above “getting made fun of MST3K-style.” And yes, there is plenty to laugh at here besides the acting and the directing and the third act where most of the cast is killed off one-by-one in rapid fire succession when a demon runs at them aggressively. Still, don’t watch this movie. We only have so many 90-minute windows in life and American Poltergeist isn’t worth one of them.