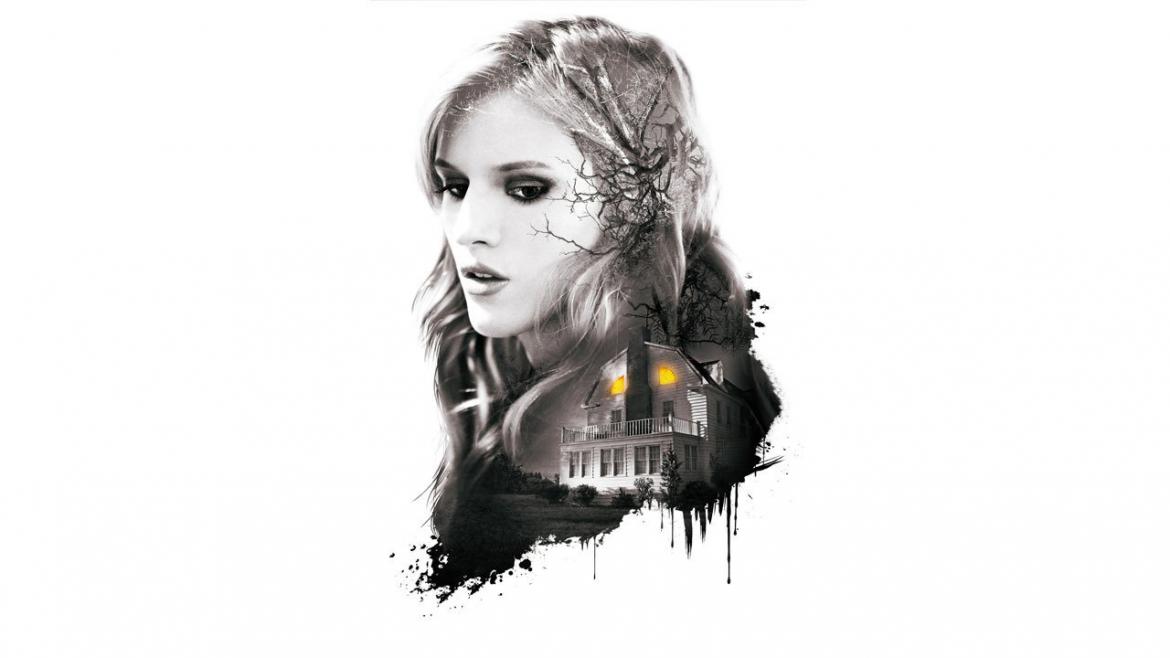 The very first fact listed on the IMDB trivia page for Amityville: The Awakening is, “The movie had several failed theatrical release dates including January 27, 2012; January 3, 2014; January 2, 2015; April 15, 2016; April 1, 2016; January 6, 2017 and June 30, 2017. The film was finally given a limited theatrical release on October 28, 2017 before the eventual Blu-ray and DVD release on November 14.” Now, there are a number of reasons why a production company might delay a film’s release; recent events could make the subject matter sensitive, or they might want to wait to capitalize on an actor’s forthcoming notoriety. The problem is that anecdotal evidence has shown that there is a negative correlation between the number of times a title is shelved and the relative quality of the movie. In other words, all those mulligans weren’t looking good.

Just in case you somehow missed the fact that the people behind this project had been keeping it contained like a dirty little secret, the movie quickly reminds you. The opening of the film features a narrative dump, filling us in on the 1974 DeFeo murders and the supposed mythology behind them. Cut immediately to a text overlay which reads, “40 YEARS LATER,” and you may be consulting your iPhone calculator to see if your math is off. One might argue that they had to keep that bit in because the number forty is relevant and an integral part of the plot, but you would be wrong. The importance of the forty year gap in activity is mentioned one time and immediately forgotten. There is no reason it needs to be in this movie at all.

And that is just the type of lazy movie this is. The story exists in a universe where the original Amityville movie— along with all of its many remakes and sequels—exists, yet the film is either not willing or not able to do anything interesting with that. The characterization of the family at the core is pretty minimal (Belle is a goth out of guilt, mom has been driven a little crazy by grief, and the little sister is...little?). It gets even worse when you try to talk about the cast of supporting characters who flop in and out of the movie as required by the plot. Speaking of that plot, it shares more than a passing resemblance to A Haunting in Connecticut and seems to crib some of the former’s affinity for subpar CGI as well.

And in case that weren’t enough, this movie does a disservice to its protagonist, Belle (played by Bella Thorne, who I was really rooting for after her fabulous turn in The Babysitter). Belle is goth. We know this because she always wears black, usually torn, clothes, and dark lipstick. The first issue I have is with her costuming, Not only is it unoriginal and out of touch with present-day reality, but the people in charge choose repeatedly to make her costumes as scant as possible. One particularly long sequence features her in a cut up shirt and underwear, while shooting leeringly up her legs and at her butt. Also, she wears a mesh shirt to school with her bra fully visible and no one seems to think this is inappropriate. Ah, 2012 was a different time. У нас ты сможешь купить медицинскую книжку без врачей.

Wardrobe choices aside, the film’s main conflict centers around Belle and her mother, who blames Belle for the accident that put her twin brother in a coma. The problem is, when we finally find out what happened to him, it wasn’t Belle’s fault in any way, but I don’t think the movie knows that. After her nude photos ended up online, James (the twin) decides to go take matters into his own hands and fight the guy who posted them. During the course of this altercation, Matt fell from a roof/balcony/window and that is why he is in his present state. I cannot express how furious this reveal made me but, again, it was 2012 and the world was different then. In those days, it was a woman’s fault when one man exploited her and then another got hurt in an effort to prove his masculinity by protecting her virtue. I hope you can hear my eye roll from here.

I guess what I’m trying to say is, if you were thinking about watching this movie, don’t, and if you’ve stuck with me through this entire review, I’m sorry for any collateral damage you may have suffered just from hearing about how disappointing it was.