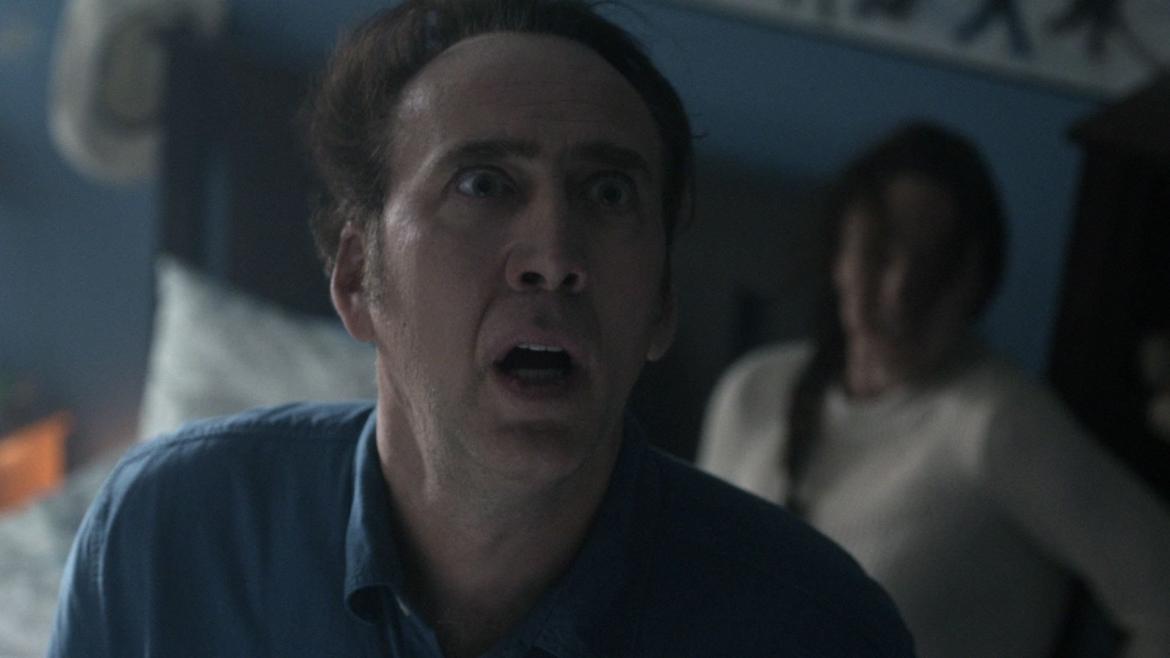 Everyone's favorite cinematic crazy man, Nic Cage is at it again, but this time the over-the-top ham seems to have been shot with a tranq dart before every scene. Pay the Ghost is a movie working with half of a decent script, half supernatural goofyness, but 100% unoriginal ideas. Combined with a toned down Nic Cage the absence of energy accentuates the film's glaring lack of personality within the genre.

Cage stars as Mike Lawford, a college professor and family man who recently was given tenure and is looking to celebrate on Halloween night by taking his son to the local parade. While waiting in line for ice cream he lets go of his son's hand for a split second and when he turns around his son is long gone. A year later Mike and his wife, Kristen (Sarah Wayne Callies) have divorced, but he continues the search for his son. Remembering the cryptic last words of his son Mike uncovers a break in his search that leads him down a dangerous supernatural path, but with hope of once again seeing his son alive.

Sadly, if one were to remove names and strip down Pay the Ghost to its foundation what we've got here is basically a remake of James Wan's original Insidious. For example, a middle class family dealing with a tragedy that befalls their son, experience weird phenomenas, seek the advice of an expert, and discover a sinister supernatural culprit. There's two things that Pay the Ghost has that Insidious doesn't- the biggest being a puffy cheeked Nic Cage. The other, a magical blind hobo guarding a literal bridge to "the other side" that also carries a flashlight for anyone who might want to cross over- ya know, for funsies.

Seeing as how Cage is involved it's only natural to expect and even want him to turn the dial to 11 and ham the crap out of every scene. Many way be let down by just how toned down the crazy man is this time around- save for an extended sequence of him repeating his son's name over and over again in various degrees of desperation. The script doesn't really do Cage many favors especially as things start to get really weird in the final acts, but up until that point it's incredibly easy for someone to mistake this for a mostly competent flick. There's a hefty dose of wonderfully crafted scenes and set pieces that are creepy, visually compelling, and accompanied by great sound design. One scene specifically features Cage all by his lonesome in the middle of a bridge surrounded by what looks like fog as glows of lightning flash underneath with vultures cawing in the darkness. Director, Uli Edel, sometimes masterfully sets the frame with subtle creepy visuals, but manages to undo those with cheap jump scares.

Genre savvy moviegoers will see the hand this is trying to play from a mile away and call its bluff even if there's still fun to be had in its familiarity. Pay the Ghost suffers the most by not separating itself from other more accomplished movies in the genre. Even still, it may be worth checking out on a rainy day if you've literally seen everything else.