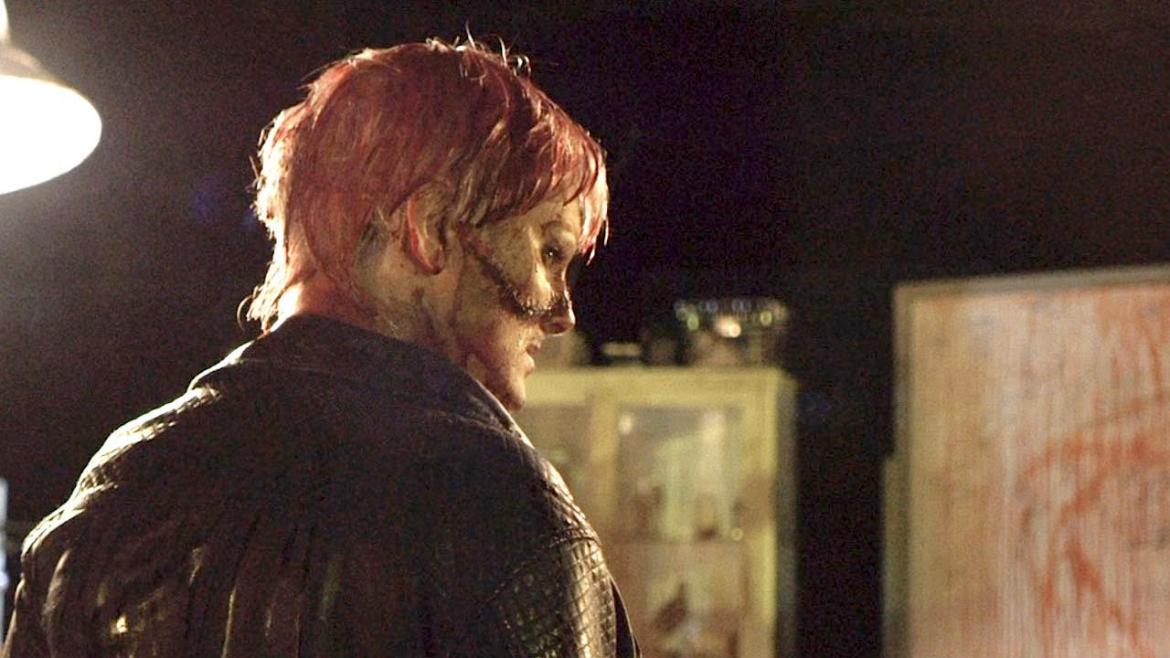 Like its namesake, Tyler McIntyre's debut entry to the horror comedy world is a stitched together concoction of genre tropes and recognizable titles. Patchwork tramples all over some already fairly stepped in tracks but manages to be just fresh enough to trek those footsteps all over again.

Jennifer (Tory Stolper), Ellie (Tracey Fairaway) and Madeleine (Maria Blasucci) are three women who wake up one day as one person. Various parts of their body stitched together to create a Frankenstein like being with shared consciousness. Confused and angry they decide to work together to figure out who did this to them and why.

Shades of Frankenstein and Re-Animator McIntyre does well to keep things almost entirely in the realm of comedy. His unique comedic perspective gives his debut an irreverence that is charming even as it becomes tedious at times. The film plays with character archetypes such as career obsessed snob, ditzy blonde and weird loner and how the three strike an unlikely bond in an extreme circumstance. It's heightened premise allows room for this unique friendship to blossom and provide a lot of the laughs along the way.

There's a distinct style at play between Patchwork and McIntyre's forthcoming release, Tragedy Girls. Both rely heavily on the female bond and you can see seeds of the filmmaker using the former to work out some kinks with his comedic style and pacing. Stretches of the film feel as though it's flirting in spoof territory based on how heavily the performances elevate passed plausible to straight up theatrical cheese.

Patchwork if nothing else is a delightful introduction to a fresh voice amongst the horror comedy scene. sexpromo Like the central "monster" the movie wears its seams with a defiant pride as it marches from act to act and delivering a unique spin on the tried and true Frankenstein formula.