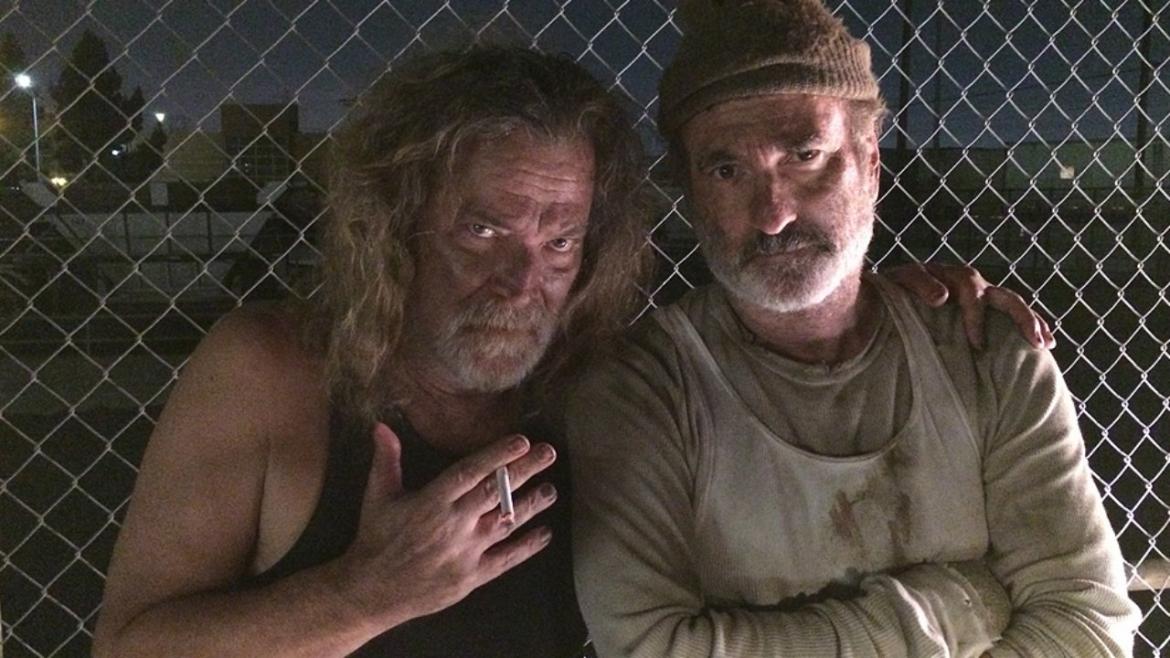 One of the reasons I’ve always been drawn to genre filmmaking is its sometime subtle ability to illuminate the real world through a shocking, blood-soaked allegory. Even if a film’s setting is a fantastical monster fest, or human kind is threatened by a Machiavellian alien plot; if a film can use those techniques to draw direct my attention to the real world it has appreciated in value. Few forget the parallels to Communism in Attack of the Body Snatchers, or the shocking commentary on the competitive nature of schooling in Battle Royale. These are valid and interesting points that happen to be cloaked in the dermal coverings of child murder and terrifying pod creatures; yet they do not work unless you are first drawn in to the exploitation universe they initially inhabit and find them compelling. This is where Parasites fails. It wears its political agenda on its sleeve before remembering that it first must be a shocking and terrifying film on the surface.

Parasites tells the story of three friends coming home from a football game who get lost in a dystopian Los Angeles where the destitute seem to be king and resent the encroaching, gentrification and financial white-washing of the haves. So that when they get a flat tire and happen across the wrong group of transients, led by Wilco (Robert Miano) retribution is brought upon them and a chase takes place through the urban decay as they pursue the freshman quarterback for USC Marshal Colter (Sean Samuels).

As far as I can tell, Parasites takes place in our world, a world where just beneath the surface there is a bubbling population of poor bums who simply want to have their life valued and supported and are ready to lash out against the society that has abandoned them. This would seem to be interesting fodder for genre filmmaking, and perhaps it is, however Parasites never really hits that mark. Its action is dull and nearly laughable, consisting of mostly awkwardly shot chase scenes and people yelling. Robert Miano’s performance is strong and resonant yet ultimately wasted as his character is thin and his motivations are never fully developed so that we may have a truly terrifying villain.

There is a scene later in the film, where we see a van pull up and a mentally disabled gentleman is ushered onto the streets to fend for himself. A genuine problem in our society and an event that takes place every single day in our cities. Yet, we never truly see the consequences of these actions, instead we cut to more heavy breathing and a slow plodding chase through the streets.

Parasites is a film that has ideas, yet no idea how to fuse them into an exciting and compelling film.